OPEC summit: Saudi Arabia between a rock and a hard place after Qatar's exit

Doha's surprise announcement has left the kingdom, already under pressure, in a challenging position as it aims to cut oil production 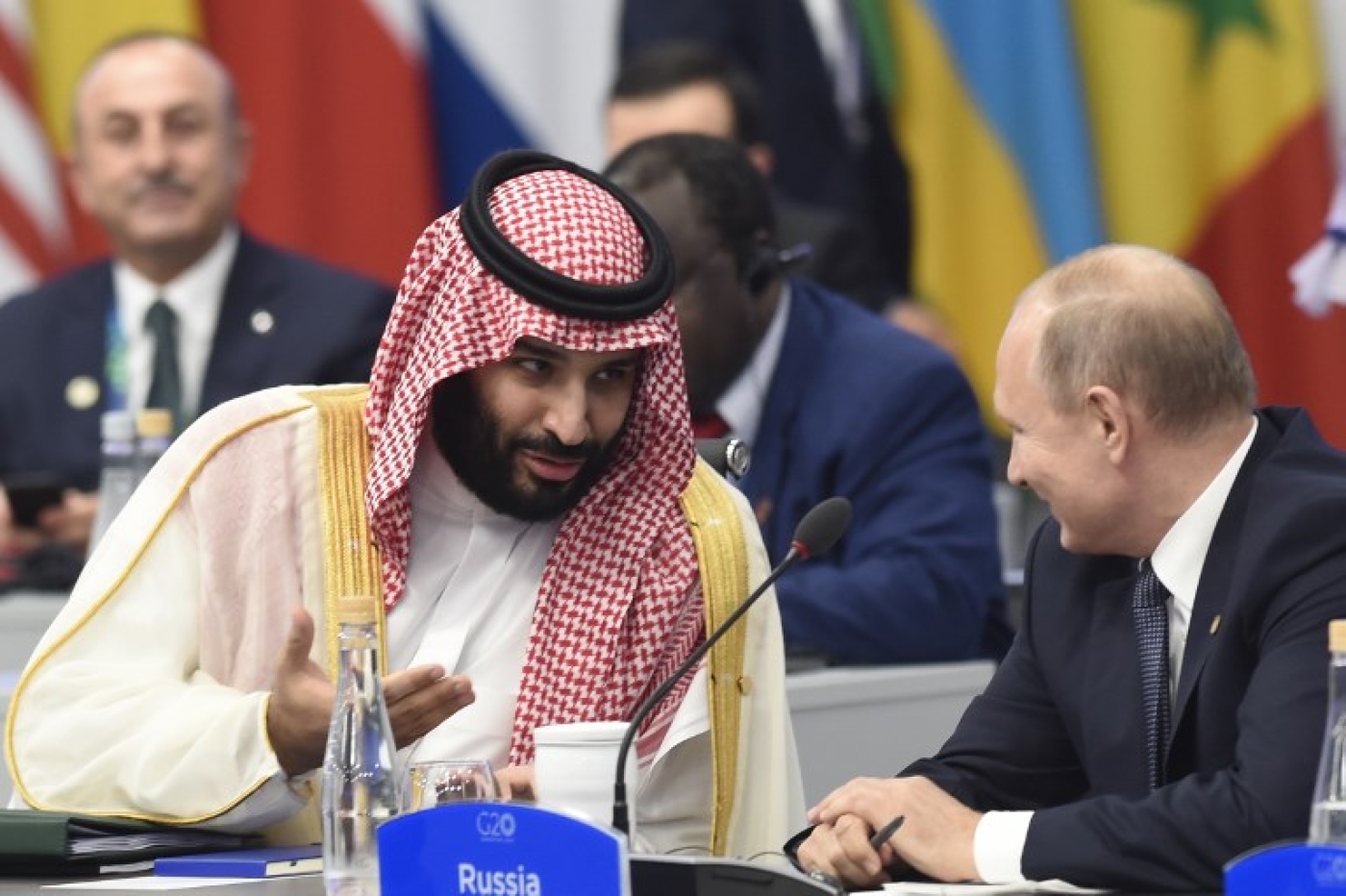 Saudi Arabia was already balancing a cluster of economic and diplomatic pressures ahead of Thursday’s meeting of the Organisation of the Petroleum Exporting Countries. Now Qatar’s surprise decision to withdraw from OPEC has thrown a key meeting for the kingdom into doubt.

The plan for Vienna seemed clear: Saudi Arabia needed to marshal its allies in the cartel to cut oil production and raise prices. Then just three days before the critical summit, Qatar announced its departure from the organisation, effective January 2019.

It seems that Qatar is trying to show that OPEC is old news, perhaps striking a blow at Saudi Arabia while it is still struggling to deal with the Khashoggi murder

While Qatar’s energy minister Saad Sherida Al Kaabi said the decision was “purely technical” and based on a desire to boost its own modest oil production, it is the first time a Gulf state has left OPEC since the organisation’s founding in 1960 and the significance of the departure’s timing has not been missed.

Observers say the move was clearly intended to send a message to Saudi Arabia, which has been locked in a fierce diplomatic dispute with Qatar since its announcement of a blockade of the peninsula in June 2017.

“It seems that Qatar is trying to show that OPEC is old news, perhaps striking a blow at Saudi Arabia while it is still struggling to deal with the Khashoggi murder,” said Michele Dunne, director of the Middle East program at the Carnegie Endowment for International Peace and a former US diplomat.

At Thursday’s meeting in Vienna, which Qatar still plans to attend, members of the cartel along with other major producers including Russia and Kazakhstan will meet to address a plunge in global oil prices that has seen the value of a barrel drop to around $60.

In June, under pressure from the United States, OPEC agreed to increase oil production to lower global oil prices, which dipped below $50 a barrel at the end of November. But in the long term, Saudi Arabia requires oil prices to stay above $73 a barrel to support its national budget. The kingdom and other Gulf oil states now want to cut oil production to bring prices higher.

The outcome of Thursday’s OPEC meeting will have major effects on global oil prices and the global economy.

As oil prices have fallen, Saudi Arabia’s official foreign reserves are down to just over $500bn from almost $750bn in June 2014. Saudi Arabia’s energy minister, Khalid Al Falih, said the kingdom will go into Thursday’s meeting with the aim of setting up a new agreement that will more closely control prices.

“We want to sign a new cooperation agreement that is open-ended… regular coordination and sharing information on what are our views on the market,” Al Falih said in an interview with the Russian news agency TASS.

Should the Saudi plan fall through and no action to reduce production be taken, oil prices are likely to continue downwards, squeezing the budgets of the major oil states including Saudi Arabia.

However, if MBS is able to negotiate a cut to oil production, prices are likely to rise along with the health of the Saudi government budget.

A third outcome might be an unclear or ambiguous end to the summit. OPEC members might agree to fully enforce the current production quotas set in 2016.

Saudi Arabia and other oil producers are currently exceeding those levels, so adhering to the quotas would amount to a stealth cut in production that might lower prices without attracting US criticism.

To orchestrate a production slow-down, Saudi Arabia will require a degree of support from Russia, the world’s third-largest producer, according to 2017 figures. Ahead of the meeting in Vienna, Saudi Crown Prince Mohamed bin Salman (MBS) met with Russia’s president Vladimir Putin on the sidelines of the G20 summit in Buenos Aires. Observers are now watching for signs of whether Russia will go along with a cut.

Saudi Arabia’s international diplomatic standing has been affected by the revelation that Saudi government officials organised the assassination of Saudi journalist Jamal Khashoggi in the kingdom's consulate in Istanbul on 2 October.

How the Khashoggi affair will impact Saudi Arabia’s ability to push through its desired oil policy with international allies remains unclear. World opinion has come out strongly in reaction against the killing.

On Tuesday, after a briefing on Khashoggi's murder from CIA Director Gina Haspel, two leading US Republican senators said it was clearer than ever that MBS directed the murder.

And on Wednesday, Istanbul's chief prosecutor filed warrants to arrest a top aide to MBS and the deputy head of foreign intelligence on suspicion of planning Khashoggi's killing while the UN human rights chief called for an international inquiry.

However, said observers, these reactions may not translate into real pressure.

“I’m not sure the Saudis are in a weaker position. They may have been embarrassed, but not much more,” said Michael Young, a Middle East specialist at the Carnegie Endowment for International Peace.

Saudi Arabia’s most important international ally, the US, has maintained its backing for the Saudi leadership throughout.

“The incident actually also forced the United States to take a stronger position in favour of the kingdom,” Young told Middle East Eye. “It showed that when Washington was pushed to the line, it not only would not sanction the Saudis, but came out to defend MBS.”

While there have been tensions between Western Europe and the kingdom, Russia appears to have treated the affair as an opportunity to strengthen ties with Saudi Arabia.

Both countries are currently defending their share of the global oil market against encroachment from the US after a boom in West Texas shale oil backed by cheap US credit. Increased output has enabled the US to surpass both Saudi Arabia and Russia for the first time in decades as the largest crude oil producer in the world.

In October, the US, Russia and Saudi Arabia all produced in excess of 11 million barrels a day. In November, Saudis likely boosted production to a record high.

The volatility in oil prices reflects a fundamental problem in the international economy that is mirrored in oil politics, according to Helen Thompson, professor of political economy at Cambridge University and the author of Oil and the Western Economic Crisis.

“The stakes are very high, but there is a destabilising dynamic in place in which no one can get everything they want,” Thompson told MEE.

“The US seeks low oil prices in the knowledge of how important prices are for the electoral prospects of US presidents, while the oil producers have their own set of interests and have to make sure their own production is financially viable.”

“What happens is a cycle of volatility where prices come up or down very rapidly on a week by week basis – because there is no longer a position that is a compromise or equilibrium price,” Thompson said.

Dancing to a tune

President Donald Trump’s White House is set on staunching economic turbulence in the US and displaying his administration’s pro-business agenda, both of which can be aided by lower oil prices, according to Christopher Davidson, a visiting fellow at Leiden University College in the Hague and the author of After the Sheikhs: The Coming Collapse of the Gulf Monarchies.

In the wake of the Khashoggi affair, they more or less have to dance to the White House's tune

Now Qatar’s announcement has made Saudi Arabia’s effort to navigate between its own economic interests and US policy more difficult.

“Qatar's withdrawal from OPEC is sending a message to Saudi Arabia that it is unwilling to share in any of the 'kamikaze' economic damage that is likely to result from the Saudi-led cartel's current trajectory,” Davidson told MEE.

Both Thursday’s OPEC meeting and the coming Gulf Cooperation Council summit later this month are sure to be coloured by Qatar’s decision.

“That’s not great for Saudi Arabia,” Davidson said, “but in the wake of the Khashoggi affair, they more or less have to dance to the White House's tune.” 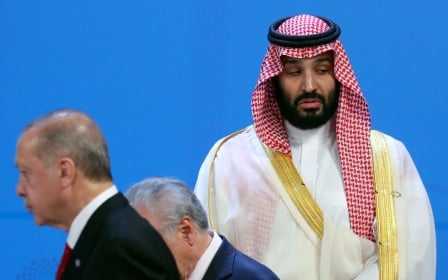