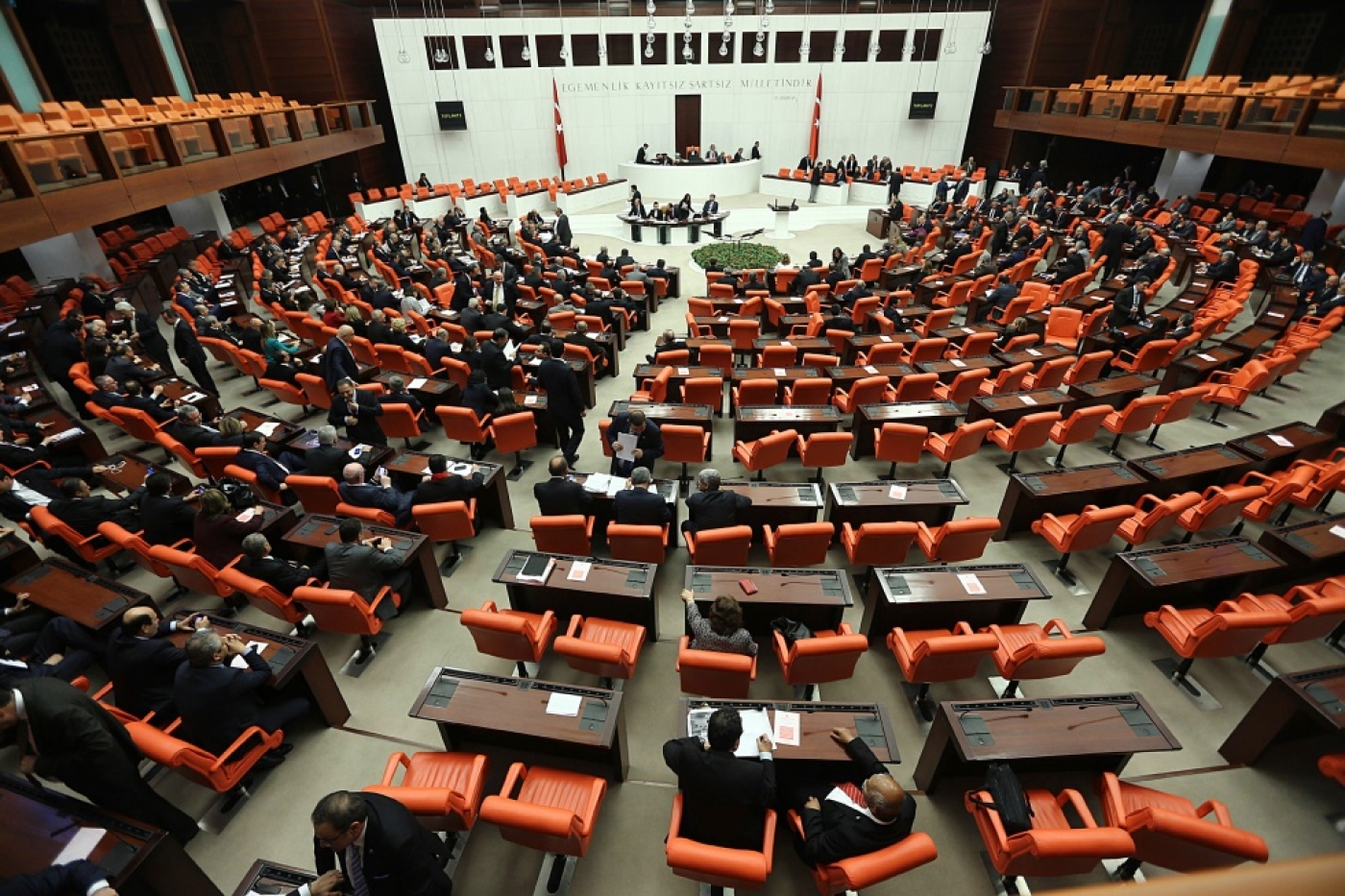 ANKARA - Turkey's Parliament reconvened with a bang Tuesday as the main opposition leader was punched by an unidentified assailant.

Kemal Kilicdaroglu, leader of the Republican People's party, or CHP, was unhurt, though his glasses were knocked askew. He went to his Parliament office after the attack but later gave a speech during the meeting of his party's group in the Parliament.

The assailant was taken into custody by police. His motive was not immediately known.

"This is not a correct way of behaviour in a democratic parliamentary system," Edogan said. "We never appreciate these kinds of actions and strongly condemn the attack on the opposition leader Kilicdaroglu."

The parliamentary chairman of Edogan's governing AK Party also criticized the attack. "This attack has been not only made on Kemal Kilicdaroglu but also on Turkish democracy," said Nurettin Canikli.

The Parliament was reconvening after a break for local elections, which were held March 30. Those elections ended in a strong showing for the governing AK Party.

At the session, the main opposition CHP introduced a motion to set up a parliamentary committee to investigate allegations of corruption against four former government ministers.

The four former ministers - Muammer Guler, Erdogan Bayraktar, Zafer Caglayan, and Egemen Bagis - have left the cabinet, three by resignation and Bagis during a cabinet reshuffle, in the wake of the graft investigations that were launched Dec 17.