Ghosn, who grew up in Beirut and has a Lebanese passport, was facing trial over allegations of financial misconduct 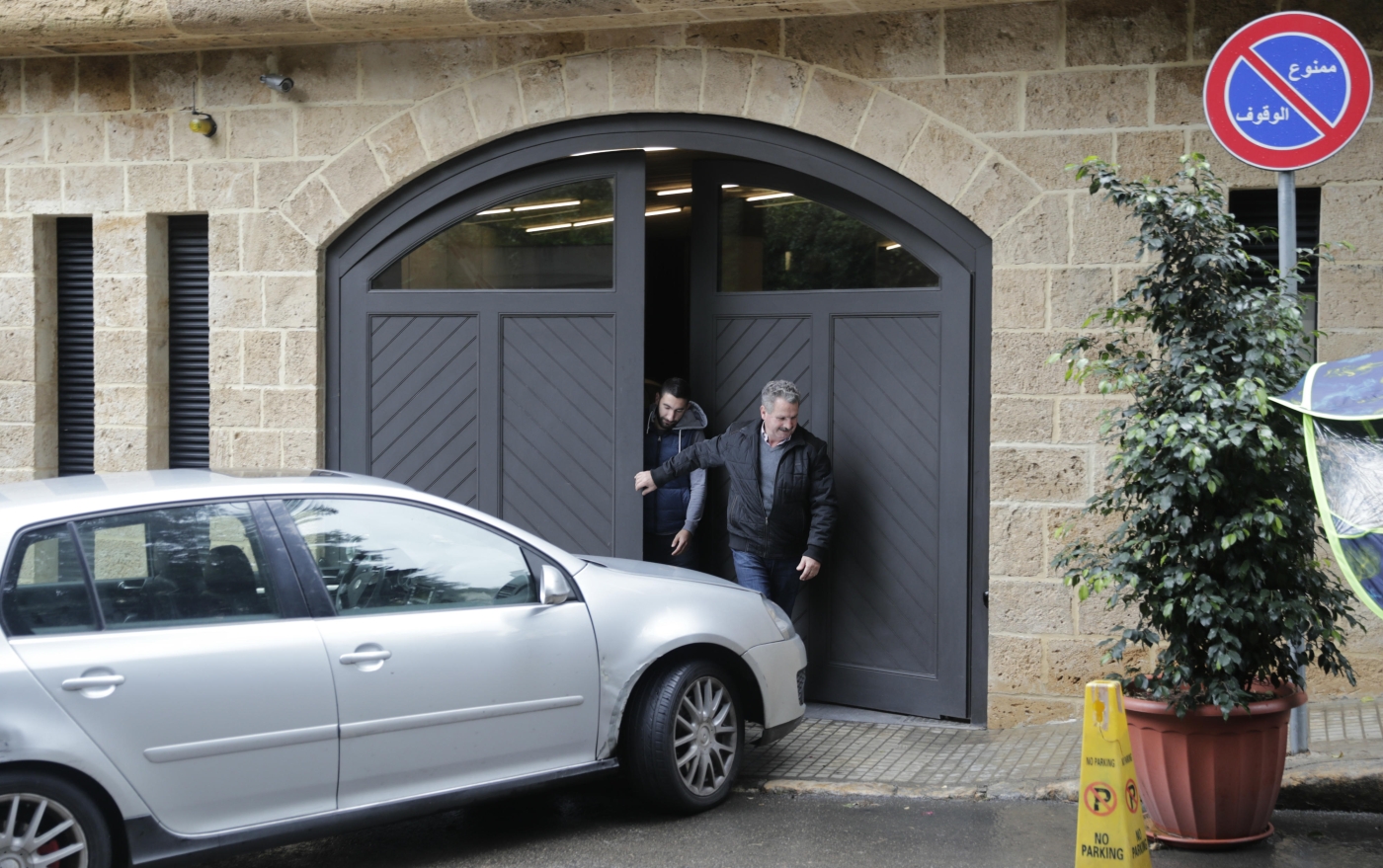 Ousted Nissan boss Carlos Ghosn has confirmed he has fled to Lebanon, saying he wouldn't be "held hostage" by a "rigged" system, raising questions about how one of the world's most-recognised executives slipped out of Japan months before his trial.

Ghosn's abrupt departure marks the latest dramatic twist in a year-old saga that has shaken the global car industry, jeopardised the alliance of Nissan and top shareholder Renault and cast a harsh light on Japan's judicial system.

"I am now in Lebanon and will no longer be held hostage by a rigged Japanese justice system where guilt is presumed, discrimination is rampant, and basic human rights are denied," Ghosn, 65, said in a brief statement on Tuesday.

"I have not fled justice - I have escaped injustice and political persecution. I can now finally communicate freely with the media, and look forward to starting next week."

Tokyo officials have previously said its system is not inhumane and that Ghosn had been treated like any other suspect.

It was unclear how Ghosn, who holds French, Brazilian and Lebanese citizenship, was able to orchestrate his departure from Japan, given that he had been under strict surveillance by authorities while out on bail and had surrendered his passports.

Ghosn entered Lebanon legally and will not face any legal consequences, Lebanon's General Directorate of General Security said on Tuesday, according to state news agency NNA.

Ghosn arrived in Beirut on a private jet from Istanbul on Monday, people familiar with the matter told the Reuters news agency.

A source in the Lebanese presidency said Ghosn had entered the country with a French passport and his Lebanese identity card.

"He is in Lebanon in his house with his wife," a family friend told the AFP news agency. "He is very happy. He is free."

His lawyers were still in possession of his three passports, one of his lawyers, Junichiro Hironaka, told reporters.

Hironaka, in comments broadcast live on NHK, said the first he had heard of Ghosn's departure was on the news this morning and that he was surprised. He also said it was "inexcusable behaviour".

The Lebanese foreign ministry said on Tuesday it did not know how Ghosn made it to Beirut from Japan.

Lebanon sent official correspondence on Ghosn to Japan a year ago without receiving a reply, and a full file was shared with Japan's assistant foreign minister in Beirut a few days ago, the ministry said in a statement.

It also said Lebanon does not have a judicial cooperation agreement with Japan, but shared the information as part of a United Nations agreement on fighting corruption.

The French government also said it had no knowledge that Ghosn was jumping bail in Japan to go to Lebanon, its Foreign Ministry announced in an online briefing on Tuesday.

Junior Economy Minister Agnes Pannier-Runacher had earlier said she had been "very surprised" by the news when she learned of it in the media.

'We are all Carlos Ghosn'

While his arrest on financial misconduct charges last year ensured a dramatic fall from grace in Japan, he retains more popularity in Lebanon, where billboards saying "We are all Carlos Ghosn" were erected in his support and he was previously featured on a postage stamp.

Born in Brazil of Lebanese ancestry, Ghosn grew up in Beirut and has retained close ties to Lebanon.

Many Lebanese view Ghosn as a symbol of their country's large diaspora and a prime example of Lebanese entrepreneurial genius and have been shocked by his arrest.

A spokeswoman for the Lebanese embassy in Tokyo said "we did not receive any information" on the matter.

Calls to the Brazilian embassy went unanswered. A French embassy spokesman in Tokyo declined to comment.

Ghosn was first arrested in Tokyo in November 2018, shortly after his private jet touched down at the airport.

He faces four charges - which he denies - including hiding income and enriching himself through payments to dealerships in the Middle East.

Nissan sacked him as chairman saying internal investigations revealed misconduct ranging from understating his salary while he was its chief executive, and transferring $5m of Nissan funds to an account in which he had an interest.

The case cast a harsh light on Japan's criminal justice system, which allows suspects to be detained for long periods and prohibits defence lawyers from being present during interrogations that can last eight hours a day.

Ghosn was initially released in March on a record $9m bail only to be arrested on related charges weeks later and then released on bail again at the end of April.

His movement and communications have been monitored and restricted to prevent his fleeing the country and tampering with evidence, the Tokyo District court previously said.

The terms of his bail have also been striking by Western standards.

He has been prevented from communicating with his wife, Carole, and had his use of the internet and other communications curtailed.

Carole is now with him in Lebanon at a house with armed guards outside, the New York Times reported, citing a person familiar with the matter.

The Financial Times on Monday said Ghosn was no longer under house arrest.

One person told The Wall Street Journal Ghosn did not believe he would get a fair trial in Japan and was "tired of being an industrial political hostage".

A person familiar with Nissan's thinking told Reuters: "I think he gave up fighting the prosecutors in court."

Ghosn's Japanese lawyers have battled, so far unsuccessfully, to get access to 6,000 pieces of evidence collected from Nissan, which they say is crucial to a fair trial.

Ghosn has said he is the victim of a boardroom coup, accusing former Nissan colleagues of "backstabbing" and describing them as selfish rivals bent on derailing closer ties between the Japanese carmaker and Renault, of which Ghosn was also chairman.

His lawyers have asked the court to dismiss all charges, accusing prosecutors of colluding with government officials and Nissan executives to oust him to block any takeover by Renault.

Ghosn began his career in 1978 at tyre maker Michelin. In 1996, he moved to Renault where he oversaw a turnaround that won him the nickname "Le Cost Killer."

After Renault sealed an alliance with Nissan in 1999, Ghosn used similar methods to revive the ailing brand, leading to business super-star status in Japan, blanket media coverage and even a manga comic book on his life.

No extradition agreement between Lebanon and Japan

Lebanon and Japan do not have an extradition agreement that Tokyo could use to call back Ghosn, a Lebanese judicial source said Tuesday.

"There is no extradition agreement between Lebanon and Japan," the source told AFP.

A source at the foreign ministry said Lebanon had "not received any communication or demand from Japan until now concerning Ghosn".

Law professor and former justice minister Ibrahim Najjar said Lebanese law does not allow for Lebanese citizens to be handed over to foreign countries.

Even if Japan did ask for Ghosn to be sent back, Lebanon could not hand him over, he told AFP.

And if Interpol put out an international warrant for his arrest, it would not affect Ghosn as long as he remained in the country.

"His name would be circulated at ports of entry and at the border, but Interpol has no right to take him by force or impose its decision on Lebanon," he said.

"Ghosn is safe until further notice. The Lebanese judiciary can try him if it appears he has carried out a crime punishable by Lebanese law." 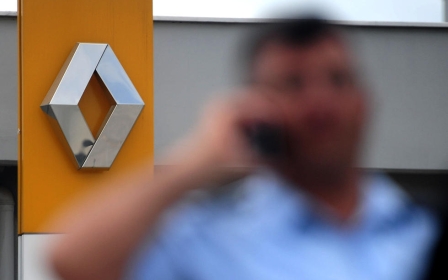 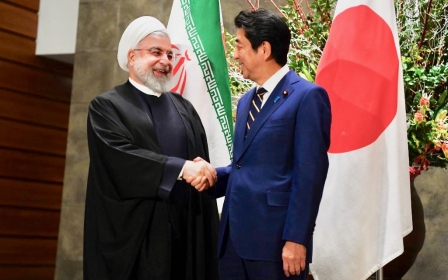 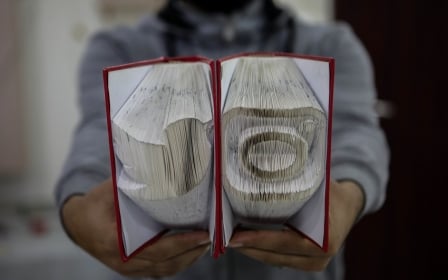