Over 1,000 Algerian judges refuse to oversee election if Bouteflika runs

Statement a serious blow to ailing president, with the justice minister immediately hitting back and calling for neutrality A student protests against Algeria's President Abdelaziz Bouteflika, in Algiers
By
MEE and agencies

More than 1,000 Algerian judges said on Monday they would refuse to oversee an election in which under-fire President Abdelaziz Bouteflika participates.

The move represents one of the biggest blows to the ailing leader, with judges shredding their long-standing neutrality and effectively backing a protest movement that started three weeks ago and was sparked by the president’s announcement that he will run for a fifth term in office despite deteriorating health.

In a statement on Sunday, the judges added that they were forming a new association "to restore the gift of justice".

"We announce our intention to abstain from ... supervising the election process against the will of the people, which is the only source of power," said the judges.

'We announce our intention to abstain from ... supervising the election process against the will of the people, which is the only source of power'

Judges should join an effort to "declare that we are the people", they said in a statement.

"The independence and integrity of the judge must be consistent whatever the reasons," Ennahar TV quoted him as saying.

The judges' defiance comes as leading clerics refused to bow to government pressure to issue pro-government sermons, a further setback for the embattled president in the predominantly Muslim country.

"Leave us to do our job, do not interfere," Imam Djamel Ghoul, leader of an independent group of clerics, said in remarks to reporters.

Bouteflika, 82, arrived back in Algiers on Sunday from Switzerland after undergoing what authorities said were "routine medical checks". Protesters flooded the streets of the capital chanting "Bouteflika, there will be no fifth term".

Young Algerians are desperate for jobs and angry about unemployment and corruption, and complain that their leaders still dwell on the Algerian independence movement's victory over France in 1962 instead of improving living standards for the future.

Spearheaded by students, the protests have brought together all classes of Algerian society, among them women, trade unions, lawmakers and members of the ruling FLN party which has dominated Algerian politics for more than half a century.

Lawyers have also played a prominent role in the protests, taking to the streets in their customary black robes, with the national association of lawyers demanding that  authorities postpone the election and set up a transitional government. On Friday, a lawyer acting on behalf of an unnamed Algerian citizen filed a petition with a Swiss court requesting that Bouteflika be placed under a trusteeship for his own protection, alleging that his "fragile health" left him vulnerable to "exploitation" by those around him.

Pointing to news reports that Bouteflika's condition was "very precarious" and "life-threatening", the petition submitted by lawyer Saskia Ditisheim also demanded that the court lift the medical secrecy around his condition and that it request a medical certificate pertaining to his aptitude to govern.

In the clearest indication yet that the generals sympathise with protesters, the country's most powerful military figure said the military and the people had a united vision of the future, state TV reported. Lieutenant General Gaed Salah did not mention the unrest.

Bouteflika has rarely been seen in public since a stroke in 2013. He faces the toughest fight of his 20-year-old rule, following a tenure in which he became the north African country's most powerful president in 30 years. 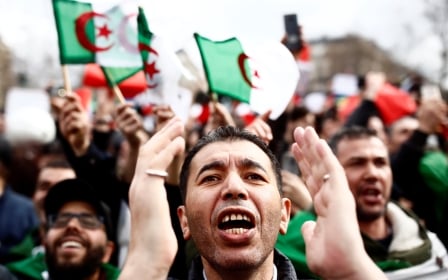 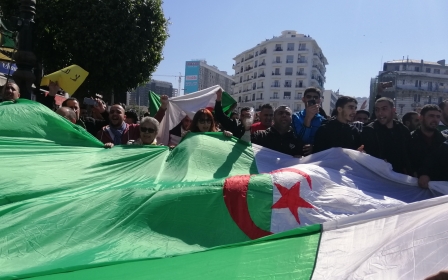