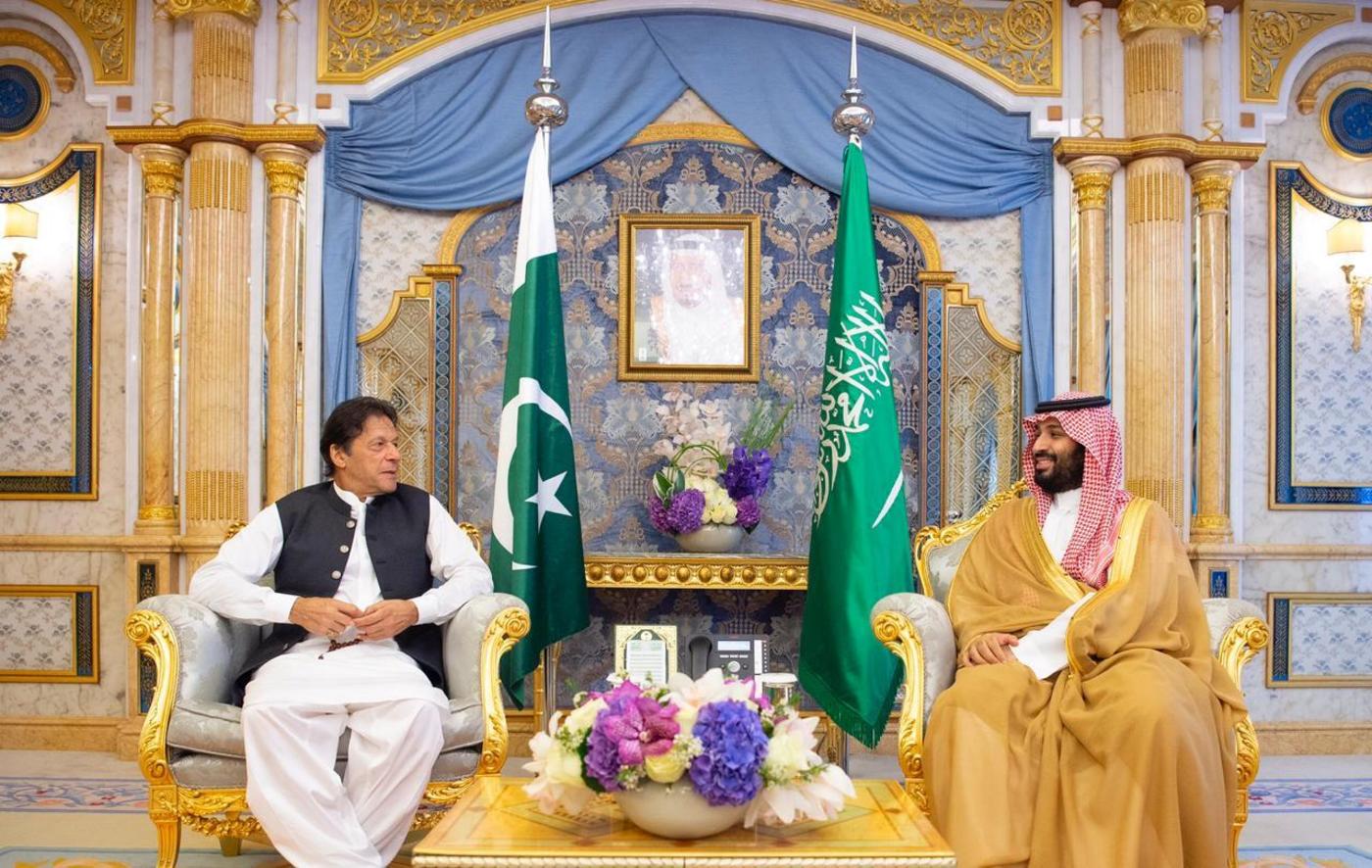 Pakistan’s government last month claimed a victory at the Organisation of Islamic Cooperation annual summit in Niger, announcing that the 57-member Muslim bloc had supported a resolution condemning India over its rescinding of Kashmir’s semi-autonomous status.

In a statement on the final day of the summit on 28 November, Pakistan’s foreign ministry said OIC states had agreed unanimously to reaffirm their “strong support for the Kashmir cause”.

The resolution “rejected the illegal and unilateral actions by India” since it revoked Article 370 of its constitution which granted the disputed region its own constitution and the right to make its own laws. 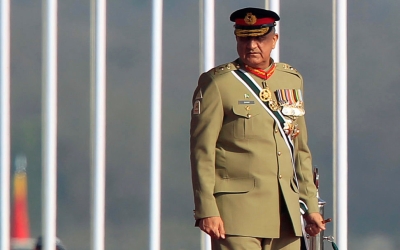 It “emphasised that the question of Kashmir is of utmost importance for the Muslim Ummah”, and described the resolution of the conflict as “indispensable for the realisation of the dream of peace in South Asia”.

But the resolution was not published nor circulated by the OIC itself and followed complaints by Pakistani Foreign Minister Shah Mahmood Qureshi prior to the summit that the Kashmir issue had not been included on the formal agenda for the meeting.

And while India hit back at the OIC and Pakistan, accusing the former of “indulging in anti-India propaganda” at the behest of the latter, the diplomatic storm does not appear to have interrupted New Delhi’s pursuit of deepening ties with influential Gulf states.

On Tuesday, Indian army chief General Manoj Mukund Naravane embarked on a four-day diplomatic trip to the United Arab Emirates and Saudi Arabia in the first such visit to the region by an Indian military chief.

"The visit aims to further strengthen strategic and defence cooperation between the countries," the Indian Army said in a post on Twitter.

Navarane’s visit follows recent comments by Saudi Arabia’s ambassador to India, Mohammed al-Sati, in which he said that the two countries were expanding a security and defence partnership and had conducted joint naval exercises.

“Enemies like India propagate that Pakistan does not have support on Kashmir in the Islamic world, however this development [the OIC resolution] indicates very strong relations with Saudi Arabia and UAE. Also, during the OIC meeting the Saudi Foreign Minister Prince Faisal bin Farhan spoke on the Kashmir issue,” said Ashrafi.

But one representative of an OIC member state, speaking to MEE on condition of anonymity, expressed frustration that Pakistan had raised Kashmir at the summit and accused Islamabad of using it to distract from its own domestic problems despite the lack of prospect of any concerted international action to resolve the issue.

“The main focus of the gathering was to underline [the threat of] terrorism, and fighting extremism. However, Pakistan’s push on Kashmir really deflects the many issues they are facing on the home front which they would prefer to ignore,” said the representative.

The OIC summit was not the first time Pakistan has tried to leverage Muslim support for Islamabad against India over Kashmir.

In August, Qureshi accused the OIC, which has its headquarters in Mecca, of “dragging its feet on Kashmir” over its failure to call a meeting of foreign ministers, and urged Saudi Arabia to “show leadership on the issue”.

Many within Pakistani government circles interpreted Qureshi’s comments and the fact that he had not retracted them as part of a push by the foreign minister to make a case for closer ties with Iran.

A source in the foreign ministry told MEE: “Many believe the Qureshi diplomatic curve ball previously was approved by Imran Khan and the military.”

According to Pervez Hoodbhoy, a prominent Pakistani physicist and activist, Saudi Arabia has adopted a deliberately ambiguous stance on Kashmir that allows it to court India while using Pakistan’s economic dependency on the kingdom to keep it in line even as relations have soured.

“Kashmir is a non-issue for Saudi Arabia. They are not opposed to it, they approached it from a position that the Indians would understand, which they presumably will. The Saudis have successfully calculated ambiguity here. They want to prevent Pakistan from moving towards the Turkey, Iran and Malaysia camp,” he said.

Pakistani Prime Minister Imran Khan has made no secret of his government’s reliance on Saudi bailouts to stave off economic collapse.

Pakistan is facing an unprecedented economic crisis. With unemployment spiraling, inflation said to be at an all time high, millions of people are facing economic devastation.

In 2018 Khan travelled to an investment conference in Riyadh at a time when many leaders were distancing themselves from the kingdom over the murder of Jamal Khashoggi a few weeks earlier, returning with pledges of loans worth $6bn.

But Pakistan has become increasingly vulnerable and more subservient to the kingdom as a result. Earlier this year, Saudi Arabia demanded early repayment of $1bn in loans and froze an oil credit facility worth $3.2bn. Relations have deteriorated not just over Kashmir but also Pakistan’s failure to support the Saudi-led coalition in Yemen.

Hoodbhoy told MEE that another vulnerability for Islamabad is the large number of Pakistani migrant workers employed in Saudi Arabia, especially after the United Arab Emirates last month suspended issuing work visas for Pakistani nationals and citizens from 12 other Muslim-majority countries.

“Given the downturn of the economies of the Middle East there is always a danger that either their recruitment would stop, slow down or reverse, meaning they would be sent back. Pakistan cannot afford the same situation with the UAE, that would cause a major financial crisis in Pakistan and the government would be held to blame by those returning,” he said.

The UAE visa ban, which has left about 250,000 Pakistani workers facing uncertain futures, shocked many in the government who assumed that an understanding between the two countries would be reached. Critics of the government however have accused officials of complacency and failing to recognise the Gulf states’ shift towards India.

'It was nearly two years ago when the Saudi-dominated OIC invited India to one of its meetings as a special guest. That sent a strong message and clearly did not go down well in Islamabad'

Any restrictions imposed on Pakistanis’ right to work in Saudi Arabia could have significant consequences for large numbers of retired Pakistani army officers.

“The army has looked to Saudi Arabia as a place they were able to acquire their retirement and be employed for another decade or two,” said Hoodbhoy.

Ashrafi, Khan’s special advisor on religious harmony, played down the significance of the UAE visa ban, describing it as a “diplomatic glitch”.

“An understanding has been reached by [Abu Dhabi Crown Prince] Mohammed Bin Zayed and the Minister for Overseas Pakistanis [Sayed Zulfiqar Abbas Bukhari]. The ban will be lifted in two weeks,” he said.

The Pakistani foreign ministry did not respond to requests for comment.

Saudi Arabia’s relationship with Pakistan has shifted in other ways as well. The kingdom once sought to aggressively export its austere Wahhabi ideology to Pakistan, but as the Saudi ultra-conservative religious establishment has been sidelined by Crown Prince Mohammed bin Salman this is no longer the case.

Riyadh’s sole focus on the eastern side of the Arabian Sea at present is wielding its national power and resources to counter Iran. And while closer ties with Tehran might be attractive to some in Islamabad as a way of countering Saudi influence on domestic and foreign policy, Iran cannot compete in terms of offering the fiscal support on which Pakistan has grown dependent.

There is a school of thought in Islamabad that the Saudis’ support, albeit silent, for the resolution on Kashmir at the OIC summit was an olive branch intended as a precursor to getting Khan’s government accustomed to a conversation on normalising ties with Israel.

But many see such a development as impossible due to the fact that Khan has connected the Kashmir struggle to the Palestinian struggle, and because the Pakistani public would not accept such a move.

“There is tremendous pressure on Pakistan by the Arab states [to normalise ties with Israel],” said Hoodbhoy.

“However, it is all about timing. If this was 25 years ago the situation would be different but now the reality [in Palestine] is annexation and settlements. That means rewarding bad behaviour. Pakistan should resist pressure.”

Ashrafi said he did not believe that Saudi Arabia would follow its Gulf allies, the UAE and Bahrain, by recognising Israel.

“I can tell you clearly: Saudi Arabia will not accept Israel. I have talked to many inside the country and it is not possible. This is a Muslim Ummah issue and Crown Prince Salman has indicated he wants a clear stance on Palestine,” he said.

But Michael Kugelman, a South Asia analyst at the Washington-based Wilson Center think tank, said that deepening ties between Saudi Arabia and India posed a “growing obstacle” to Pakistan’s own relations with the kingdom.

“Let’s be clear: this hasn’t happened overnight. It was nearly two years ago when the Saudi-dominated OIC invited India to one of its meetings as a special guest. That sent a strong message and clearly did not go down well in Islamabad,” said Kugelman.

“This is a development that can be attributed, among other things, to a worsening US-Iran relationship that has compelled New Delhi to cut back on cooperation with Tehran, and to Saudi Arabia’s need to ensure it has friends in an era when the Khashoggi tragedy has made Riyadh a pariah in the eyes of many in the international community.”

Unless Khan’s government, or the Pakistani military, can find a way past that obstacle then Pakistan’s already strained relations with Saudi Arabia could be heading for a further damaging downturn. 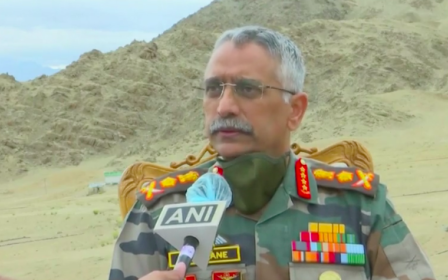 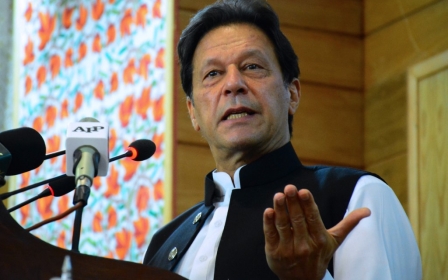 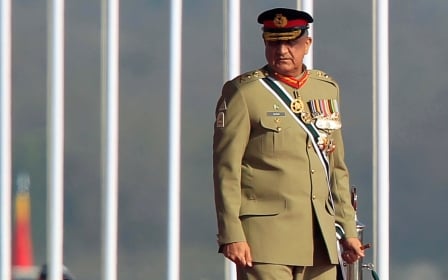