Hajj: The Palestinians deprived of pilgrimage under Israeli travel bans A Muslim pilgrim prays on the Mount Al-Noor in holy city of Mecca, Saudi Arabia on 4 July 2022 (Reuters)
By
Aseel Jundi
in
Jerusalem

After three years in an Israeli jail and then two years locked out due to the Covid-19 pandemic, Nihad Zughair had been eagerly waiting for this year's Hajj.

But as the Palestinian pilgrimage group tour administrator was finalising preparations last month, he was surprised by the extension of an Israeli travel ban against him.

The Jerusalem native will now have to watch the holy ritual on a screen, having bitterly bid pilgrims on his tour farewell before they set off for Saudi Arabia's Mecca, where Hajj is set to commence on Thursday.

"The ban has had a heavy toll on me," he told Middle East Eye. "My heart is attached to the sacred house of God, and I find my comfort only in that part of the world."

Zughair, a well-known activist in Jerusalem, was handed a three-month travel ban in April that was extended for another four months in June.

The notice given to him cited "security reasons," Zughair said, without elaborating further.

"No one knows what the deprivation of Hajj means except those who tasted the sweetness of Hajj," he wrote in a Facebook post after he learned about the ban.

Zughair said that since he turned 18 he has been targeted by Israeli authorities for his activism and banned from entering al-Aqsa Mosque repeatedly over the years.

Upon returning from an Umrah trip to Mecca in 2017, he was arrested by Israeli police and sentenced to three years in prison.

He was accused of supporting an organisation called "the youth of al-Aqsa," a name he said he had never heard in his life.

After his release, Zughair's travel was widely restricted and he was not allowed to leave with a youth football team he coached for a tournament in Europe.

Since then, he has vowed not to leave Jerusalem unless it's for Mecca, a destination that he now also can't reach.

'I have not been able to travel to the two Holy Mosques my whole life, although it's my only wish'

Nasser al-Hadmi, a Palestinian researcher and head of the Jerusalem committee against Judaisation, has been a victim of this practice almost all his adult life.

On top of renewed travel bans against him, he is also repeatedly barred from entering al-Aqsa Mosque and any neighbourhood in East Jerusalem aside from the one he resides in.

"I live in a tight prison," Hadmi told MEE, describing life in al-Suwaneh neighbourhood, where he is confined.

The travel ban order against him, usually signed by the Israeli minister of interior, accuses him of being a "leading figure in Hamas."

Every time he files an appeal against the order, which has been extended regularly since 2017, it gets rejected, he said.

"I have not been able to travel to the two Holy Mosques [Mecca and Medina] my whole life, although it's my only wish," said Hadmi.

"Whenever I hear from my friends about registering their names for the upcoming Hajj season, I feel deeply saddened."

Israel has been accused for decades of imposing discriminatory restrictions on the movement of Palestinians in occupied East Jerusalem, the West Bank, and the Gaza Strip.

Amnesty International and Human Rights Watch both cite "draconian" movement restrictions as one of the measures imposed by Israel that contribute to a "system of apartheid," a charge Israel vehemently denies. In East Jerusalem, where Israel applies civil law unlike in the West Bank, Palestinians are still disproportionately handed travel bans over political activity compared to Israelis, lawyer Khaled Zabarqa said in an interview with MEE.

The reasons behind such bans are often concealed and neither the lawyer nor the defendants can have access to them.

When cases are appealed and reach the high courts, they are presented to judges without the presence of defendants or their lawyers due to the "confidential" nature of the information discussed, according to Zabarqa.

The lawyer, who is based in Lydd (Lod) and has spent his career defending Palestinian activists in Jerusalem and Israel, says the practice and the legal process both reflect a "racist" Israeli policy.

"The travel ban is not practised to preserve the law or public security, as the Israeli authorities claim," Zabarqa said.

"It is to subjugate Jerusalemites and suppress their freedoms." 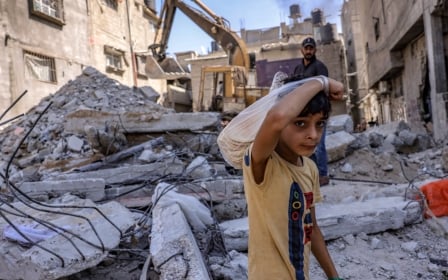 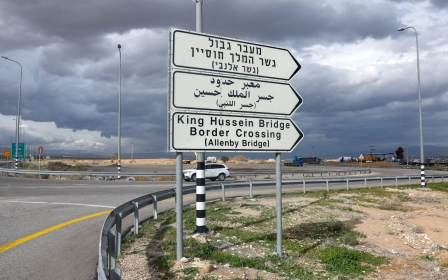 Occupation
Israel barred more than 10,000 Palestinians from travelling abroad in 2021