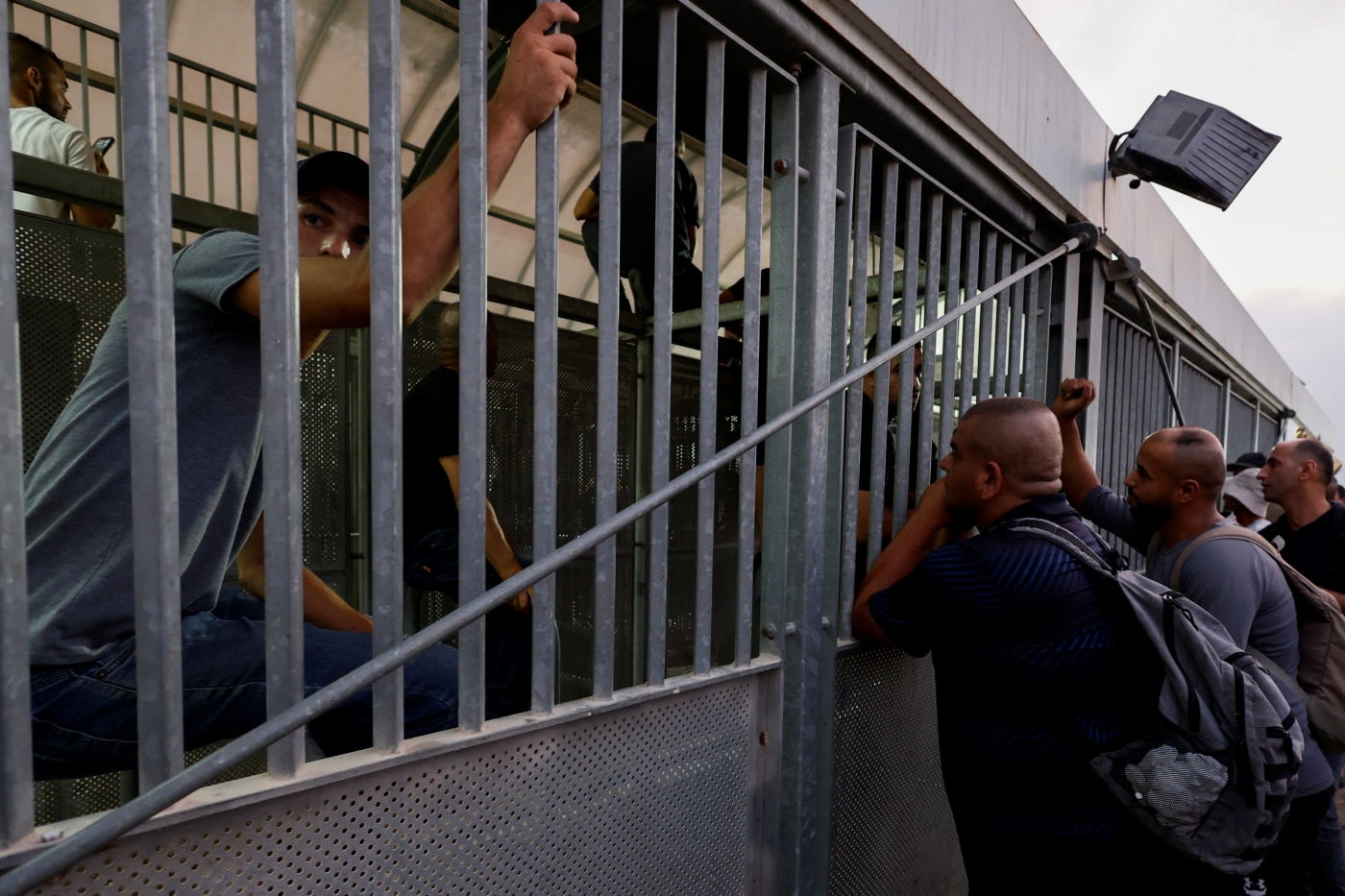 Palestinian workers in Tulkarm strike against a new scheme to have their wages paid into bank accounts rather than in cash, on 21 August 2022 (Reuters)
By
Lubna Masarwa
, Huthifa Fayyad

Asem Zayed leaves his home in the occupied West Bank city of Jenin at 3.30am every day. It takes him almost four hours to get to his workplace in Israel, as he navigates the overcrowded military checkpoints on his side of the separation wall, and races to beat the traffic on the other side.

After a long day of work as an electrical technician, he reaches home around 7pm, with an average of 180 Israeli shekels (ILS) in his pocket in cash, the equivalent of around $55.

The father of five is now worried about a new salary payment mechanism by which he and tens of thousands of other Palestinian workers in Israel will see their wages paid into bank accounts rather than in cash. They fear the new measure will lead to new fees and taxes, eating away more money from their already low incomes.

"My frustration is directed both at Israel and the Palestine Authority," Zayed, 42, told Middle East Eye. "Don't touch our income."

Zayed is one of the thousands of Palestinian labourers who have been protesting against the new measure, which was partially applied earlier this month and is set to come into full force by next year.

Their strike, which started on 21 August, was described by local media as one of the biggest strike actions ever taken by Palestinian workers. Suspecting that unannounced intentions are behind the move, labourers have vowed to continue striking every Sunday and protesting at checkpoints until the decision is overturned.

The new scheme was enforced by Israeli authorities but quickly endorsed by Palestinian Authority (PA) officials.

Nasri Abu Jaish, the PA's minister of labour, promoted it as a way of improving the protection of workers' rights, particularly against work permit brokers. Almost half of the West Bank workers pay around 2,500 shekels ($746) a month to such brokers, who secure their work licences. The new approach will eliminate the need for middlemen and keep more money in workers' pockets, according to the PA.

Palestinian Prime Minister Mohammad Shtayyeh also vowed that no additional taxes will be levied on workers and only a $1-2 transfer fee will be charged by banks in each salary deposit. But despite the assurance, many labourers say they have no trust in the PA or Palestinian banks.

"We don't trust the PA, otherwise we wouldn't have launched our strike," Adi Athamnah told MEE.

The 30-year-old man from Nablus, who has been working in Israel for three years as a construction worker, says there are no guarantees that taxes won't be imposed in the future. Athamnah said he mistrusts banks and fears operation fees and charges will be levied if he opens an account.

There are also fears that a portion of the deposited wages will be put in social welfare funds, like pensions, which he does not wish to join, as he barely makes enough money as it is.

Another problem for some is that they work on different sites every day and get paid based on each job separately. Labourers say they worry they will be left out of the new system and eventually lose their jobs because they do not have official employers.

"They say they want to save us from permit dealers, but almost half of the workers don't go through them anyway," said Zayed. "It won't work for us."

After the backlash, Abu Jaish distanced the PA from the scheme, saying it was Israel that was enforcing it and the PA had no choice in the matter. However, there remains an enthusiastic tone around the scheme. Abu Jaish said it was enforced for 7,000 workers on 14 August, with more set to be added.

According to Abboud Hamail, an economics researcher at Birzeit University, Ramallah's support of the move is logical, as it will likely pump millions of dollars into its fragile economy.

There are 173,400 workers who cross into Israel from the West Bank daily, in addition to 31,000 who work in Israeli settlements, according to the Palestinian Central Bureau of Statistics (PCBS). While their income goes back into the Palestinian economy through spending in the West Bank, they are still considered to be a labour force outside the official market. When they are incorporated into the official economy, banks will have an instant boost in their ability to give loans, leading to more profits, Hamail explained.

'The question here isn't whether this policy is good or bad, but whether we trust the PA'

"This amount of money in official banks will instantly create market liquidity for the PA. This will empower private banks to lend the public sector more," he told MEE.

"For the Israelis, this is not as beneficial to them as it is for the PA. The benefit for Israel is in helping the PA."

This was echoed by an Israeli defence ministry official who said the move "will strengthen the Palestinian economy" and have positive effects like "reducing black money", according to Haaretz newspaper.

In theory, reducing off-market activity can be a good policy for the economy, Hamail said. But at the heart of the problem is a lack of trust in the PA's institutions.

"The question here isn't whether this policy is good or bad, but whether we trust the PA," he said. "There's fear that this money will be exploited by authorities and the cash flow will eventually be a way of helping the PA, a governing body that is losing its political legitimacy on the streets."

The new bank deposit system was first floated in December 2016 by the Israeli government as part of a new strategy for Palestinian workers in Israel. It aims to increase the employment of West Bank residents in Israel, improve the permit issuing regime and "ensure fair working conditions" for labourers.

The effects of the new strategy were felt in the spike in the number of Palestinians allowed to work in Israel. According to the Palestine Economic Policy Research Institute (MAS), the past five years witnessed the largest and fastest growth of worker permits granted, in a rate not seen in the past two decades.

Workers' income now amounts to 16 percent of Palestine's gross national income, a jump from six percent in 2011, according to PCBS data. 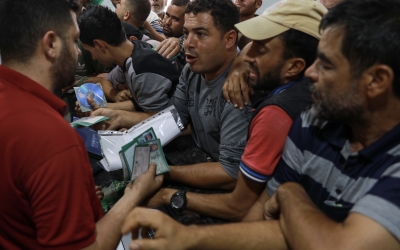 In July, MAS released a study which said these measures were part of "overt attempts to impose economic peace proposals".

The growth in the number of workers is meant to grant Israel more influence and control over the Palestinian economy, the study said.

This can be monitored by the disparity in the number of worker permits given to Palestinians from the West Bank, compared with workers from Gaza, for whom the Israeli government only recently granted 20,000 permits.

"The key and decisive factor in determining the size of labour in Israel is Israeli colonial policies of domination and exploitation, not free market forces," the MAS study argued.

The Israeli approach is only "offering the prospect of more settlement and control over the resources of all the Palestinian people in an economic annexation that may precede the legal and political annexation," it said in its conclusion.

The big-picture implications are not lost on the workers.

"I'm worried that after they enforce this, they will then start controlling us however they wish," said Zayed, while counting the amount he has to secure for two daughters studying at university, another in high school and his younger two.

"My fear is that I will lose my family because of this." 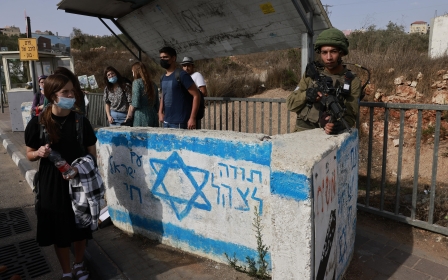 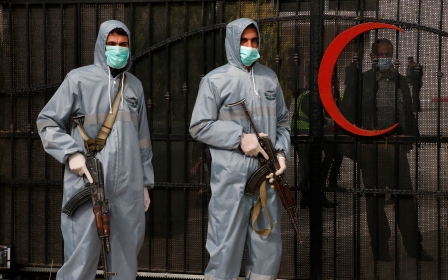 Occupation
'They dumped him like trash': Sick Palestinian thrown out of Israel 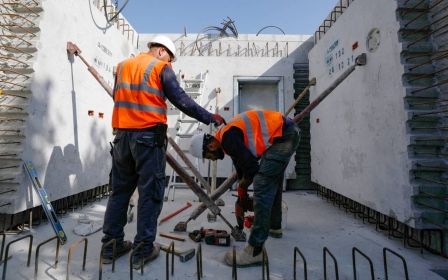 Inside Israel
Israel: Migrant workers in construction sites are vulnerable to human trafficking