Palestinian plainclothed officers detain a youth in Ramallah on 26 June 2021, during a protest against the death in PA custody of activist Nizar Banat (AFP)
By
Shatha Hammad
in
Ramallah, Occupied West Bank

Palestinian security forces on Saturday violently cracked down on thousands of Palestinians demonstrating in Ramallah for a second day against the death of political activist Nizar Banat.

Banat died on Thursday while being held in the custody of the Palestinian Authority (PA).

Angry protesters demanded the resignation of Palestinian President Mahmoud Abbas and accused the PA of killing the prominent activist as they carried Palestinian flags, photos of Banat and signs demanding “the fall of the regime”.

Protests were also held in Hebron and al-Bireh. 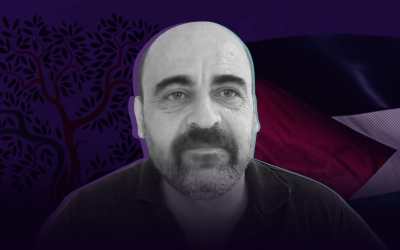 Who was Nizar Banat, the outspoken critic who died in Palestinian Authority custody?
Read More »

Palestinian security forces launched a heavy barrage of tear gas into the crowd in Ramallah and attacked protesters and several journalists.

Earlier, plainclothed security officers spread out among protesters as they marched from the centre of Ramallah towards the presidential offices, and closed off the intersection leading to the area, forcing shops to close.

One video from the protest showed security forces in plain clothes dragging a protester across the road, as they simultaneously beat him.

Banat’s death has shocked and angered Palestinians and tens of thousands marched at his funeral on Friday. He was an advocate of free speech and a vocal critic of the PA.

In videos he posted on social media, he repeatedly criticised the PA for corruption and its security coordination with the Israeli military in the West Bank.

At least 25 officers had detained Banat after raiding his home in the town of Dura, in the Hebron governorate, around 3:30am on Thursday. He was declared dead shortly afterwards.

Banat’s family has accused PA security forces of killing him after beating him and taking him away while semi-conscious.

On Thursday, the Ramallah-based Independent Commission for Human Rights revealed that initial autopsy results showed that the activist was severely beaten, and evidence of bruises and fractures were visible across his body. 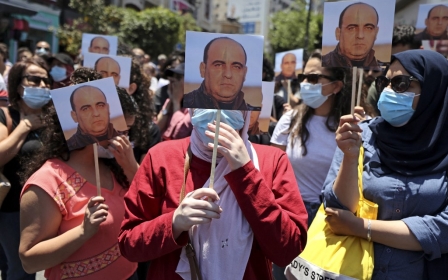 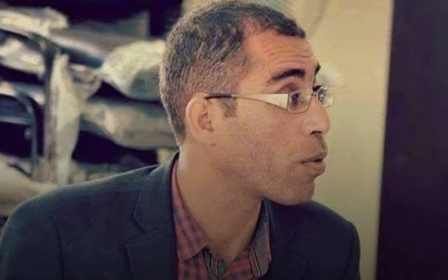