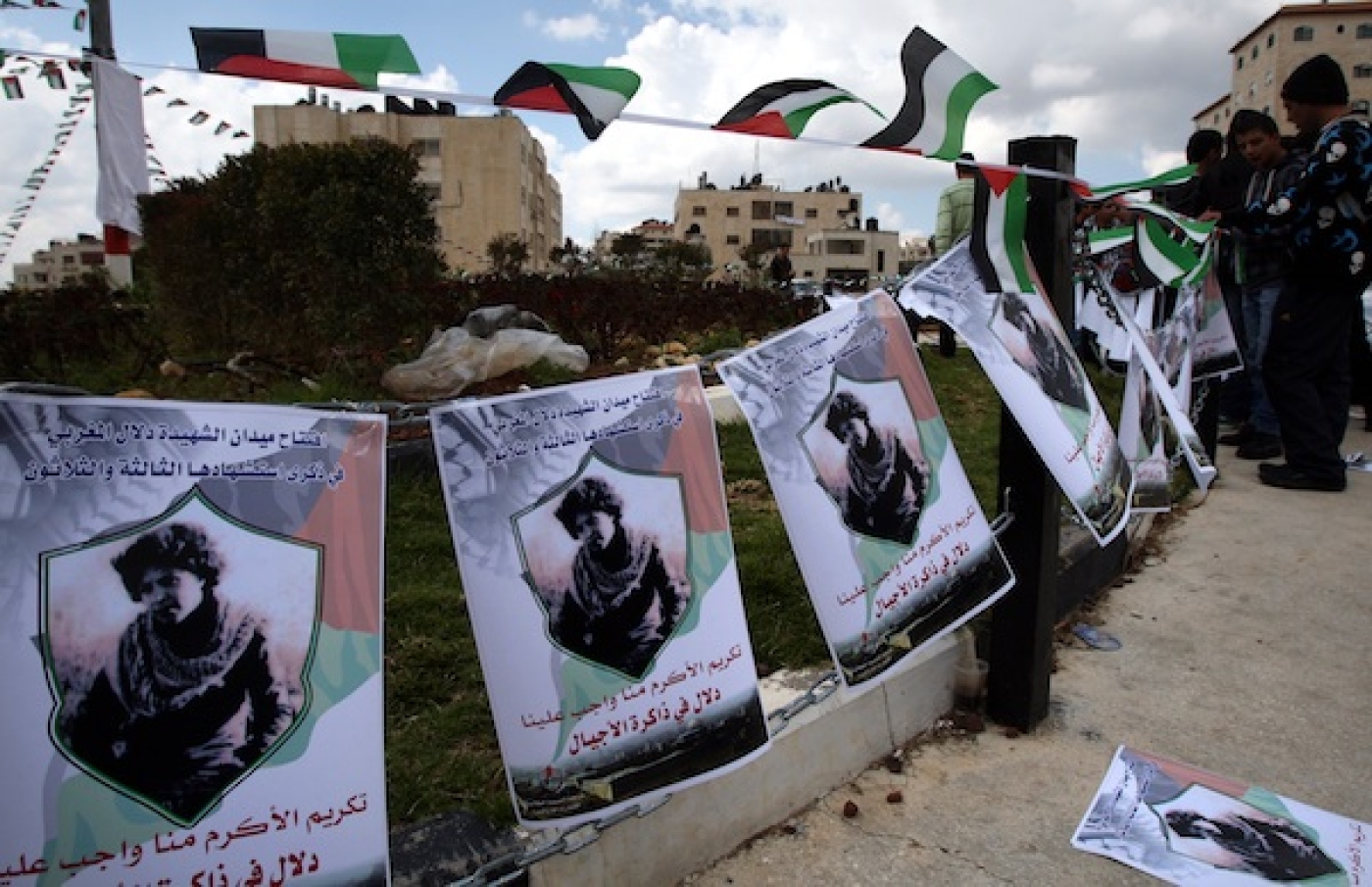 A joint Israeli government and civil society campaign to cut off foreign government funding for Palestinian human rights groups is employing smear tactics and misinformation, according to the groups targeted.

The campaign, involving the Israeli government and an Israel-based organisation called NGO Monitor, scored a high-profile success last month when Denmark announced it was freezing funding to the Women’s Affairs Technical Committee (WATC) - a grouping of local women's organisations - pending a review. NGO Monitor says it works for transparency in NGO funding.

It alleges that the Palestinian NGOs are not really advocating for human rights but work to "delegitimise" Israel and have links to "terrorist" organisations, charges the groups deny.

This move came in the wake of reports last month that some foreign government money had been used to fund a controversial youth centre in the West Bank, opened by the WATC.

In honour of the Coastal Road Massacre?

The centre was named after Palestinian woman Dalal Mughrabi, who took part in a 1978 attack on Israeli civilians in which 38 civilians and one soldier were killed in what became known as the "Coastal Road Massacre".

The Israeli prime minister, Benjamin Netanyahu, said that he had called directly on the Norwegian government to stop funding the WATC, which it then did.

Oslo also called for the removal of the country's logo from the centre, demanded a return of funds, and said it won't back future projects under current conditions, according to the Times of Israel.

Netanyahu welcomed the decision, and the Danish government then also cut its funding – and demanded its money back – from the WATC. A total of 24 Palestinian and pro-Palestinian NGOs were affected by the Danish decision to freeze as much as $8m in funding, according to the Jerusalem Post.

The funding is organised through the umbrella organisation of the Al-Bireh, West Bank-based Human Rights and International Humanitarian Law Secretariat, the Post said.

The general freeze in Danish funding for the NGOs came as a surprise, according to four organisations affected by it. All four representatives said that they had learned of the move only from the media.

Netanyahu had lobbied the Danish foreign minister, Anders Samuelsen, to take this step when he visited Jerusalem on 17 May, according to Danish media reports.

Israeli pressure was partly responsible for the move, the foreign minister said.

The Danish foreign ministry did not respond to requests for further information on the move, the affected NGOs said.

It is a step which has been welcomed by the pro-Israeli NGO Monitor.

"The Danish decision to freeze funding to the Secretariat is a significant milestone for European governments that blindly channel tens of millions annually to radical NGOs," Gerald Steinberg, president of NGO Monitor, said in a statement.

'They are trying to silence us'

Shawan Jabarin, the director of al-Haq, a human rights NGO that is headquartered in Ramallah and has been impacted by the freeze, said that he saw the action as only the latest step in a long history of harassment by the Israeli government and its supporters.

"Their main aim is to silence us," he told MEE.

While al-Haq believes the death threats came from Israeli authorities, the government has previously called the allegations "preposterous".

"They are nervous and crazy because they are aware that we are bringing scrutiny to their crimes. So, they try to create fear, to create self-censorship, and to make us busy with false claims," Jabarin said.

He said that NGO Monitor was making and spreading false claims about his organisation, and that this was responsible for mistrust from donors.

"They take the focus away from your work and put you on the back foot."

NGO Monitor has accused al-Haq of having links to the Popular Front for the Liberation of Palestine (PFLP), a banned political organisation with an armed wing.

NGO Monitor cites a 2007 Israeli High Court decision in which the court said that it was satisfied that Jabarin had ties to the group.

That ruling was based on an in camera review of secret evidence. Jabarin denied the links at the time and maintains that denial now.

"If I am a member of the PFLP, then why don't they bring me to trial?" asked Jabarin.

Membership of a banned organisation is a criminal offence, and one with which Palestinians are commonly charged under Israel's military court system in the West Bank, which was reported in 2011 to have a conviction rate of above 99 percent.

Another Palestinian NGO that is accused of having links to the PFLP is Addameer, a prisoners' rights organisation also based in Ramallah.

NGO Monitor cites a 2012 post on the website of Fatah – another banned Palestinian organisation with an armed wing – that lists "Addameer" as an official affiliate of the PFLP.

A spokesperson for Addameer denied the accusation, saying that the post does not list the organisation's full name, and there is more than one organisation with the name Addameer, which means "the conscience" in Arabic.

"It is a clear attempt to smear our organisation," the spokesperson said.

A spokesperson for NGO Monitor told MEE: "Our information is based on extensive research and is fully source-based. If we are presented with verifiable evidence that our information is incorrect, then we promptly update our website and issue a correction."

The organisations that MEE spoke to, however, said that they were disturbed that attacks by the Israeli government and its supporters had moved to a higher level, and focused not on the content of their work, but what they considered distortions about the organisations themselves.

"The prime minister is playing the role of lobbyist directly, and that's new," said one senior staff member in a prominent Palestinian human rights organisation.

The staff member asked for anonymity to discuss the issue frankly. "He's now willing to go out to the media and boast about his ability to influence governments.

"We are always being described as a terror organisation, working with Hamas. Which is funny to us, because we are secular and we criticise Hamas – we are at odds with them, and they have never been happy with us.

"Yet now when someone Googles us, they find all this false information, and it is something we do not have the resources to follow up on."

A strong message to terrorism

Emmanuel Nahshon, a spokesman for Israel's Ministry of Foreign Affairs, said that he categorically rejected the accusation that Israel was working to impede the activities of human rights NGOs. He said, however, that the government was sending "a strong message to EU governments that no money should go to terrorism, incitement, or to the glorification of violence."

While affirming that NGO Monitor was an independent group, Nahshon said that, "we work closely together with them. There is a level of coordination and we share information. The aims of the Israeli government are no secret in this instance ... and when NGOs have pertinent aims and objectives, then we are happy to cooperate."

NGO Monitor, for its part, denied that it coordinates its actions with anyone, and said that it works independently of the government on every issue, pointing to the fact that it has opposed legislation on NGO funding proposed by the Israeli government.

All organisations MEE spoke to said that they were working to address any potential funding shortfalls the freeze might cause, and said that they would continue their work in any case.

Jabarin, however, said that the events were making him question how the Israeli government and its supporters wanted Palestinians to defend their rights, if not through what he called "peaceful means according to international law".

"Can you imagine if tomorrow we go to our people, who we tell all the time about international law and human rights, and say: 'We failed, we can't do anything, the EU do not want us to respect the rule of law in this way.' What message would that send to the young generation?"