Palestinians in Lebanon less than half previous estimate, census shows 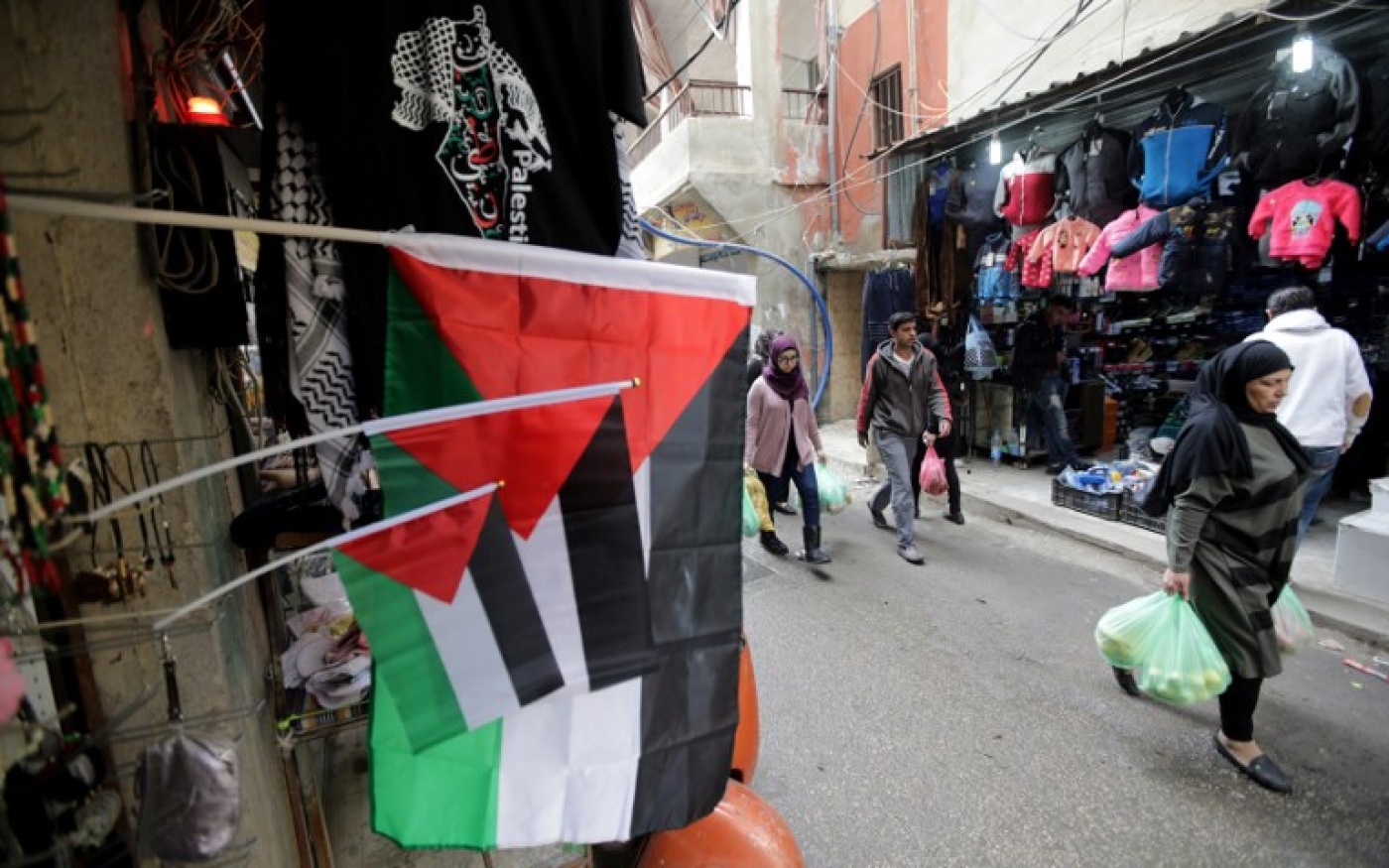 Palestinian flags hanging in a shop as residents walk down a street in the Burj al-Barajneh camp, a southern suburb of Beirut (AFP)
By
Abby Sewell

BEIRUT - Lebanon’s first-ever official census of Palestinian refugees, released on Thursday, revealed that the figure is less than half that previously estimated, encouraging Palestinian leaders to push for greater rights.

The survey, conducted by a group of Lebanese and Palestinian statisticians under the guidance of the Lebanese government, counted 174,422 people living in Lebanon’s 12 official Palestinian camps and 156 informal settlements.

Previously, the only official documentation of Palestinian refugees was through the United Nations Relief and Works Agency, which has about 450,000 Palestinians currently registered with it in Lebanon.

But UNRWA does not track refugees who leave Lebanon and never performs a head count.

Lebanon has not conducted a countrywide census of its own population since 1932 – largely for political reasons for fear of upsetting the delicate political balance between the country’s religious sects.

Before this week’s census release, researchers at the American University of Beirut, who conducted a study of the economic conditions of Palestinians living in Lebanon in 2010, estimated that there were 260,000 to 280,000.

Fathi Abu al-Ardat, the representative of both Fatah and the Palestine Liberation Organization in Lebanon, said he hopes that seeing the numbers are lower than previously thought will encourage political leaders to do more to improve the conditions for Palestinians.

“It’s not a big problem, the number who are here,” al-Ardat told MEE.

“To me, the issue of the count is important, but more important is the question of how to solve the problems of the people counted to allow them to live a decent life in this country,” he added.

Lebanon – like most Arab countries, apart from Jordan – has not given citizenship to the Palestinians, saying that to do so would undermine their right to return to their land.

Palestinians are also restricted from owning property and from working in many white-collar jobs, including law and medicine.

Apart from the question of return, some Christian and Shia populations in Lebanon have been fearful that naturalising the primarily Sunni Palestinians would upset the country’s sectarian balance. The lower-than-expected census number could help to alleviate those fears.

Hassan Mneimneh, chairman of the Lebanese Palestinian Dialogue Committee, which coordinated the census, said that “tens of thousands” of Palestinians left Lebanon when the Palestinian Liberation Organization withdrew from the country in 1982.

Since then, he said, many more have emigrated to Europe, North America and elsewhere.

Prime Minister Saad Hariri, speaking at an event celebrating the release of the census in Beirut on Thursday, said that the new information should “put things in perspective” and calm fears of those who thought the number of Palestinians was much higher.

Hopefully this will put an end to government claims that #Lebanon is hosting 500,000+ Palestinians, and decrease unfounded fears of permanent settlement

“There was talk about the number of Palestinian refugees in the country, and we were hearing record numbers in politics,” he said.

Hariri also called on international donors to increase their aid to UNRWA.

“The crisis faced by UNRWA recently, especially the financial crisis that threatens its programmes, directly and negatively affects the basic requirements of Palestine refugees in Lebanon,” he said.

In recent years, UNRWA, which is largely funded by private donations, has suffered from severe funding shortfalls. In 2015, the agency nearly suspended education services for the half million refugee students in its schools.

UNRWA was a member of the committee providing guidance for the census. Agency spokeswoman Huda Samra said UNRWA was not surprised to see that the number counted is dramatically lower than the number registered with the agency, given that a headcount has never been conducted.

Samra told MEE that UNRWA welcomed the census and will be able to better plan its programmes with the “updated and accurate information”.

UNRWA is responsible for providing education, healthcare and a range of other services to Palestinian refugees. “Now we will have scientific data in hand,” when planning those programmes, Samra said.

Hundreds of Palestinian and Lebanese youth went from house to house with tablet computers to conduct the count, and the data was then linked to the location of the dwellings using a geographic information system, Director-General of the Lebanese Central Administration of Statistics Maral Tutelian Guidanian said.

Lebanon’s political factions appear to have coalesced around the census.

Even Kataeb, a far-right Christian party known for its hostility toward the Palestinians in Lebanon, posted a statement on the census that stated the results without disputing the number.

Instead, the statement focused on Hariri’s comments condemning recent decision by US President Donald Trump to recognise Jerusalem as the capital of Israel, a move that has sparked widespread outrage in the Arab world, including in Lebanon. Palestine State
'This will never be accepted': Palestinians condemn Saudi meddling in their future