Along with the Emirati activist, the Israeli malware allegedly also targeted phones of French ministers and President Macron's advisor between 2019 and 2020 Alaa al-Siddiq lived in the UK after fleeing the UAE, where she had risked arrest for her activism (Supplied)

Pegasus spyware might have been used to surveil a prominent Emirati rights activist from 2015 to 2020, according to researchers at the University of Toronto’s Citizen Lab.

Alaa al-Siddiq, who was executive director of the pro-democracy organisation ALQST, was likely to have been hacked by a government client of Israel's NSO Group, from 2015 when she lived in Qatar, up until 2020 when she was living in the UK, according to Citizen Lab. 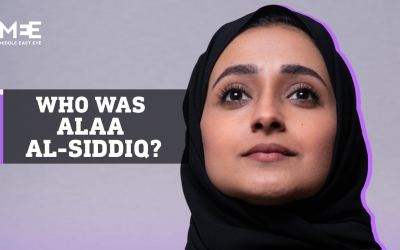 It is the first time Citizen Lab has confirmed its findings, the Guardian reported.

Siddiq died in a car crash in England in June following a dinner to celebrate her birthday.

While Siddiq's phone number was listed in Pegasus' data in 2018, ALQST said at the time it had "found no suggestion of foul play" after looking into the fatal crash - a conclusion that it said London police so far agreed with.

Yahya Assiri, the founder of ALQST, confirmed to Middle East Eye on Friday that prior to Siddiq's death they had examined her phone and found that it had been first hacked in 2015 as well as on subsequent occasions.

Assiri said that at the time of Siddiq's death, lawyers had been preparing to launch a legal case on her behalf over the matter.

The hacking makes Siddiq one of the first known victims of the Pegasus spyware.

Pegasus has been used by governments - including those in Morocco, Hungary, India, and Rwanda - to illegally access the phone data of targets worldwide, including many activists, politicians, and journalists, including MEE's Turkey bureau chief Ragip Soylu.

On Thursday, Pegasus further made news for allegedly targeting a number of French ministers and a diplomatic advisor to President Emmanuel Macron, investigative website Mediapart reported.

French security services detected the NSO software while inspecting the phones, finding traces of ‘suspicious markers’ on the phones of at least five ministers as well as a diplomat.

The intrusions are believed to have taken place in 2019 and 2020, according to Mediapart.

A member of the diplomatic cell of the Elysee Palace working with Macron on international issues was also affected.

But two sources close to the case who requested anonymity confirmed to the news agency the veracity of this information.

In a statement released on Thursday night published by the Guardian, NSO said that “we stand by our previous statements regarding French government officials. They are not and have
never been Pegasus targets. We won’t comment on anonymous source allegations".

NSO has not responded to MEE's request for comments.

Commenting on the website of the newspaper L’Opinion, Wargon said that "my phone was one of those that were looked at by the National Agency for the Security of Information Systems, I have not yet returned from the investigation so I cannot confirm anything at this stage".

Wargon added that she had since changed phone. Pegasus: Which Middle East and North Africa figures are on the target list?
Read More »

"The minister is not a custodian of state secrets so we do not see the usefulness of having listened to her," her cabinet also told AFP.

An investigation published in July by a consortium of 17 international media revealed that the Pegasus software, designed by the Israeli company NSO Group, could have spied on at least 180 journalists, 600 politicians and politicians, 85 human rights activists, and 65 business leaders from different countries.

This journalistic work is based on a list of 50,000 phone numbers selected by NSO clients since 2016, obtained by the organisations Forbidden Stories and Amnesty International.

Several complaints have been filed in France by people claiming to be victims of the software.

Morocco was notably accused of having used the software, which Rabat denied, speaking of "false and unfounded allegations" and initiating several legal proceedings in France, Spain, and Germany. 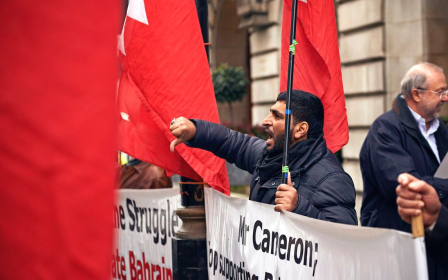 Pegasus spyware
Pegasus Project: Why I was targeted by Israeli spyware
Madawi al-Rasheed