As Egypt erupted in celebration after qualification, friends and families of football fans imprisoned by the state watched in frustration 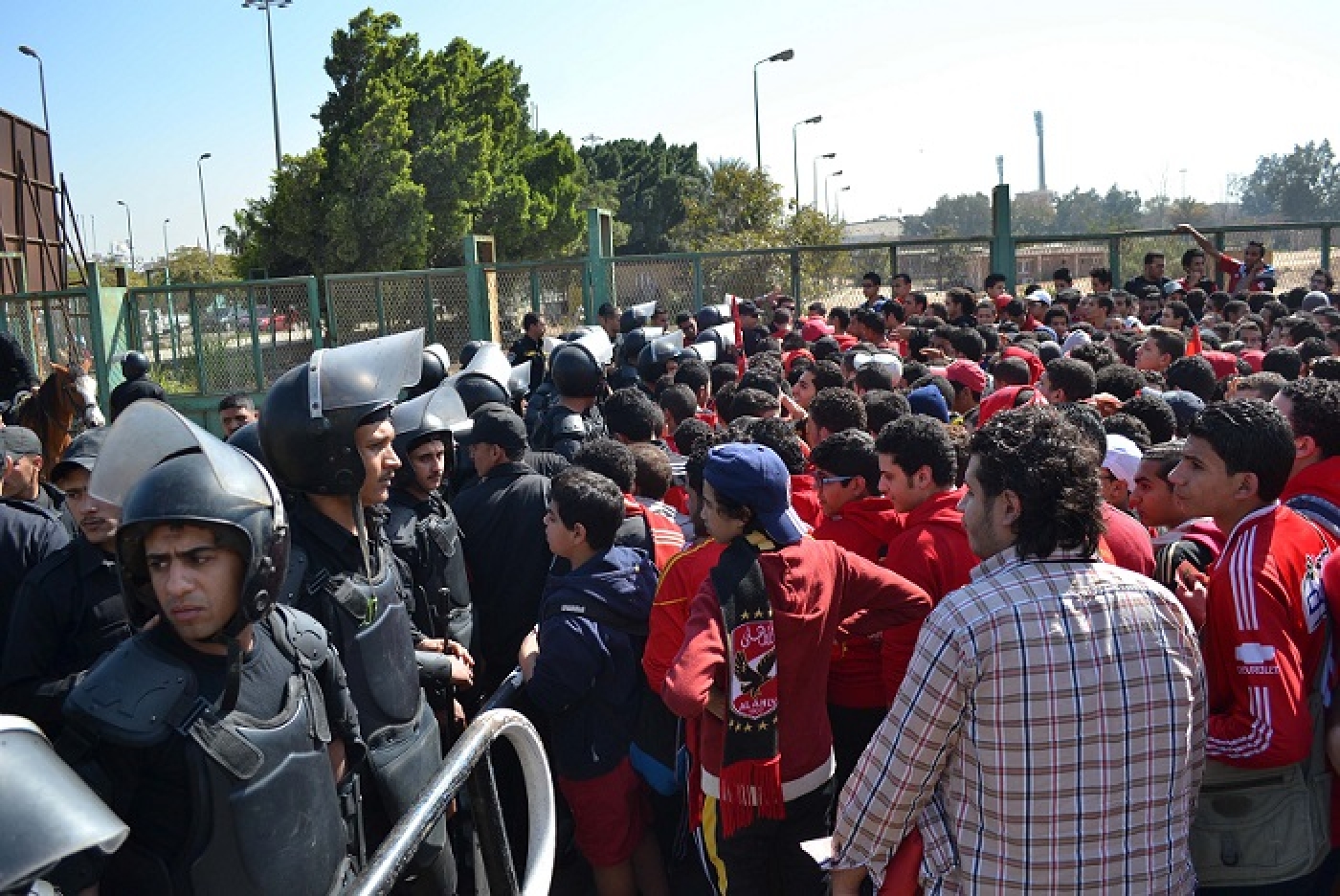 CAIRO, Egypt - In the middle-class neighbourhood of al-Marg, *Hafsa prepared meat and tuna sandwiches for Ahmed, her son, one of 235 fans arrested at a football match in Alexandria in July while cheering for his favourite team, Zamalek.

The 24-year-old is a member of the Ultras White Knights (UWK), one of two key football fan clubs, the other being the Ultras Ahlawy, which supports the al-Ahly team - both fan clubs have increasingly clashed with the police since the 2011 revolution.

Accused of attacking and chanting at the police and possessing fireworks, his trial is scheduled for 26 October.

Deep down in my heart, I didn't want them to win, so people don't get distracted from the fact that 235 kids are imprisoned

Ahead of the trial, Hafsa, a school teacher, hoped to bribe a lower-ranking army officer to smuggle the food into the jail for Ahmed. On her way to the prison four hours away, she took a packed microbus.

The driver was not even out of the city when he stalled at a roadblock as the government’s Mercedes and armoured cars flew by.

Why, Hafsa asked the driver, were they stopping? The president, he said, was honouring the players of the national football team after their 2-1 win over Congo-Brazzaville - and qualification for the World Cup for the first time since 1990.

Celebrations erupted across the country after the 8 October win. For the first time in years, thousands took to the streets that day, even in Tahrir Square which was packed with security forces. When he honoured the players, Abdel Fattah al-Sisi also offered them LE1.5mn each.

“Within an hour, you managed to please the hearts of 100 million Egyptians,” he told the team.

But amid the glee, Egyptians such as Hafsa whose family members or friends are Ultras who have been killed or arrested in recent football-related incidents find the win - and the way it has been politicised once again - bittersweet.

“Dozens of kids are rounded up in a military jail, while the players are getting honoured and money prizes,” she said. “Deep down in my heart, I didn't want them to win, so people don't get distracted from the fact that 235 kids are imprisoned.”

Formed in 2007 before the 2011 revolution, the Ultras were, under the banner of football, a tolerated outlet for dissent and hooliganism in the country, often clashing with police and each other after games.

But in 2011, as one of the largest social groups (with an estimated two million fans) and already primed in street fighting with authorities, the Ultra groups – once bitter rivals - joined forces to march in some of the revolution’s biggest protests.

Since then, the animosity between the Ultras and security forces has escalated. The groups engaged in numerous clashes with the police and added anti-army stances to their chants, often recounting their victory over authorities during the uprisings.

Tensions reached a peak in February 2012 when a match at the stadium in Port Said between al-Ahly and al-Masry ended in a riot between fans leaving 74 people dead and 500 injured.

Hardcore fans accused the army and the police of coordinating the chaos and allowing it to transpire. Out of 73 people – including nine police officers and two officials with the al-Masry club - charged after the incident, 11 civilians received death sentences. Two police officers were handed five-year jail terms and one al-Masry official received a five-year sentence.

In February 2015, before a league game between Zamalek and Enppi at the Air Defence Stadium in Cairo, 20 White Knights were killed in a stampede as police fired tear gas and rubber bullets to disperse the crowd.

Many fans believed they had been targeted on purpose. Meanwhile, the government blamed the Muslim Brotherhood and the White Knights for instigating the incident to “blight” a major international economic conference held in Sharm El-Sheikh the following month.

Eventually, only civilians were tried and sentenced over the affair, something that angered the Ultras, who believe that they remain a target for a well-designed state crackdown against any independent entities.

Two months later, the Cairo Court for Urgent Affairs banned all Ultra activities and designated the groups as terrorist organisations. Now Ultras could be – and have been - charged with “forming and belonging to an illegal group,” a designation often used against political prisoners.

Then this July, after clashes between army forces and fans following a match between Zamalek and Libya’s al-Ahli club at the Borg al-Arab stadium in Alexandria, around 260 Ultras White Knights were arrested.

The military owns the stadium, so eventually, when 235 of the arrested fans – including Hafsa’s son, Ahmed - were sent on for interrogations, they were sent into military custody. They were charged with joining and leading an illegal group, using violence, chanting to incite strife, and resisting, insulting and injuring police officers.

Lawyers representing the fans may see documents showing their specific charges or hear what the accusations are from lower-ranking officers, but rarely receive formal papers, one of the lawyers involved and family members told MEE. The lawyers are also barred from entering the Alexandria Security Directorate where the fans are held.

And family members spend days outside the heavily fortified building of the military prosecution in downtown Alexandria in order to bribe officers to pass food and medicine to their relatives.

This is where Dina, a sister of an imprisoned Ultras White Knight, was on the night of the World Cup game. Waiting to smuggle food into her brother, one of the arrested Ultras White Knights, she listened to the match through a transistor radio which soldiers had gathered around.

From the radio – and the TV broadcast which echoed in the streets - they could hear Medhat Shalaby, the famous football commentator, pro-state media figure and former police general talking up the game as the crowds went wild.

“We want the fans to be back in the stadiums. No one chanted against the state. No one used fireworks. This is the youth,” Shalaby said. “To the stupid activists and Facebook, these are the young people of Egypt who will defend the nation.”

“It is a magnificent day, we have to thank the PR company and the On Sport company and the [military-affiliated] businessman Abu Hashima. We have to stand together," Shalaby continued. "Million congrats to the great police and the army, who without we will be dead without graves, we would have been travellers without papers, we would have been sick.”

But Dina, still standing outside the prison, said she couldn’t believe how excited people became over the game.

“Some people are dying in prisons because they cheered for their team,” Dina said. “People forgot about their problems, poverty, gas and food prices, and absence of infrastructure and medical services, and became slaves to football which in the end only a handful of people will financially benefit from.”

But the advertising agencies, media and tourism companies, and sport entities who do benefit stand to gain quite a lot as Egypt heads to Russia next year.

“Think of any product - tissues, bakeries, fast food, or essentials like cooking oil and diapers. The advertising agency will rally behind this event to make a lot of money,” said 29-year-old Abdel Wahab, who works for a social media company in Cairo.

Even before the qualifying match, he stated, “Companies like Vodafone, Orange and Pepsi have started media campaigns with millions of pounds going in and out.

Football is a gold mine for capitalist companies and the football media business. It is like a war for arms manufacturing companies

“We have to understand that football is a gold mine for capitalist companies and the football media business. It is like a war for arms-manufacturing companies, especially in a third-world country where wealth is not nearly distributed fairly,” he said.

It’s this consumerism, paired with the politicisation of the game with pro-Sisi supporters and the army owning many of the main clubs, that some of the relatives of the arrested fans said disgusts them.

The lyrics of one of the Ultras White Knights’ main songs Against Modern Football goes: “The football in my country is stolen by the power, the regime and the hired media... A league of companies that separated the game from the fans... Money strangled the game with laws... Thievery and hungry people... The players are making millions.”

However, one hardcore fan said he wasn’t sure that all of the Ultras understood the concept behind the song, given that they are still cheering for Zamalek even after the death of their fellow fans and the imprisonment of dozens of others.

Abu Maher, a father of one of the Ultras who received a prison sentence for thuggery, the possession of fireworks and destroying public property after the February 2015 stampede, said that what really makes him angry are the players who play on.

“How come they continue playing without pressuring the administration to intervene?” he said, but quickly conceded they were in a difficult position.

We can’t rejoice while our friends are behind bars

“I don't fully blame them because they are also part of the oppression system. If you talk, you will be outside the heaven of football.”

He said he had regrets about encouraging his son to watch matches and be loyal to the club.

“Now I want to hit myself a thousand times with a shoe for doing this. I am losing my son. The only thing he did was attend a football game. I am glad that he didn't die, but he is spending the best of his years in jail.”

As the crackdown on football associations increase, fans said they doubt the benefit of cheering for their teams.

“It was a disaster for me to see that 70 people were killed in cold blood, while the government rounded up a couple of locals from Port Said to put on trial to maintain the anger of the fans. And the most horrible thing was the players were apathetic about the incident and continued their game.”

“In any decent country where 70 people have been crushed to death, officials who are in charge of the event would have at least been questioned. But in Egypt, not a single policeman or army officer guarding the event was put on trial,” he added.

Mosab, a 30-year-old member of the Ultras, said he watched the World Cup match and felt happy, but couldn’t bring himself to express it publicly.

“We celebrated the match - Egypt was said to have a powerful team - while we imprison the people who lead football groups and torture them in prison,” he said. “We can’t rejoice while our friends are behind bars."

Meanwhile Dina said: “My young brother, Mohamed, has always said he wants to see Egypt in the World Cup. I don’t know how he feels about his country imprisoning him, while it celebrates the game. If I were him I wouldn't have cared. This country doesn’t deserve to be loved or chanted for.”

* Only first names of those interviewed have been used to protect their safety. 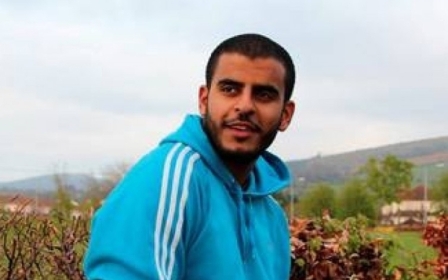 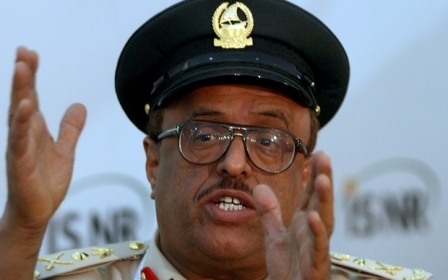