Power grab or pathway to polls? Abbas under fire for parliament dismissal

His supporters say the PLC dissolution paves the way for fresh elections, but legal experts and critics denounce it as an illegal move 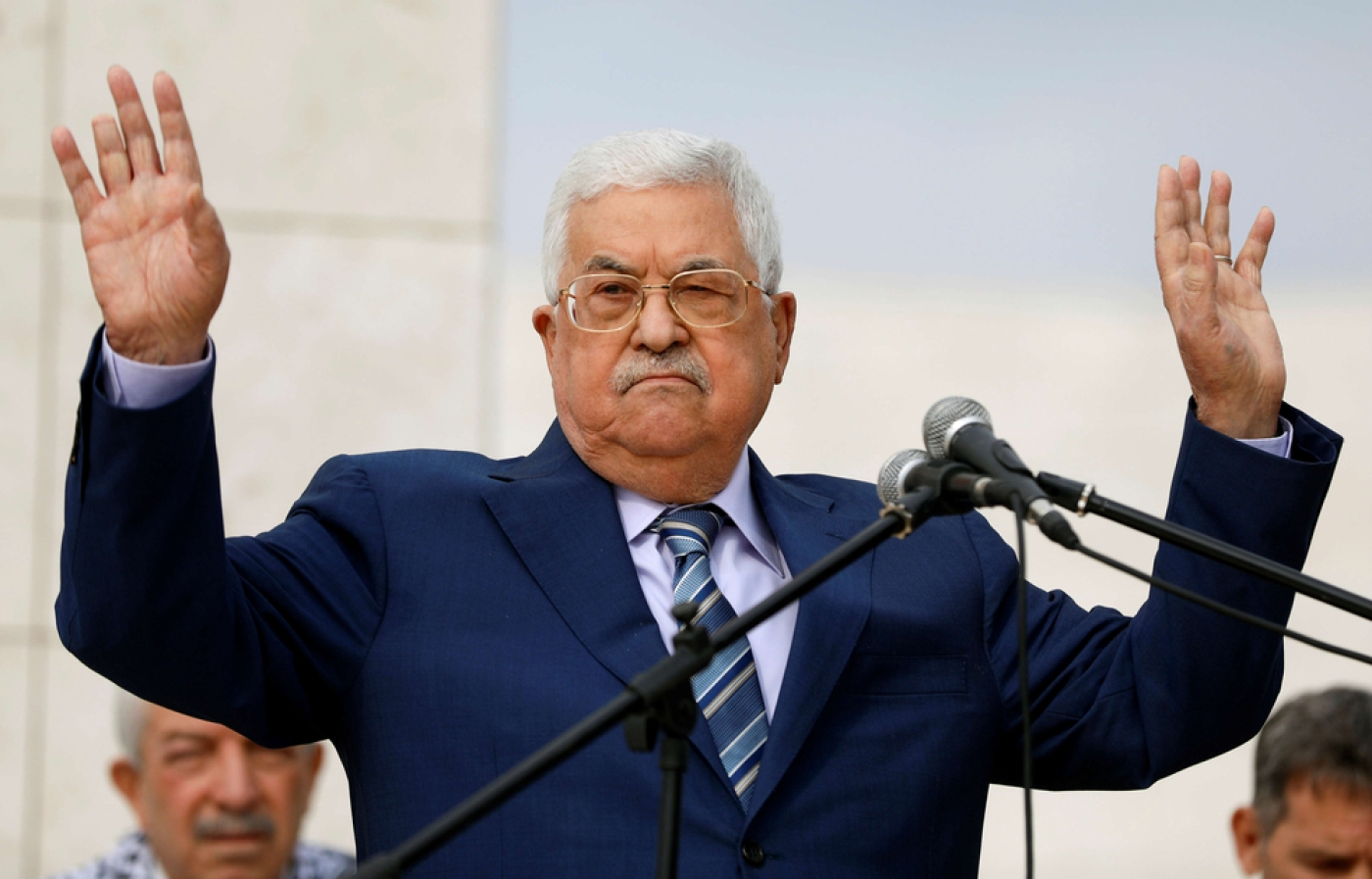 For 12 years the Palestinian Legislative Council has been totally dysfunctional, with the Fatah-Hamas split gutting the Palestinian Authority’s only directly elected body of any power.

Last month, however, Abbas announced that the PLC was to be dissolved, which he said would pave the way for fresh polls and put an end to the division and political deadlock that has blighted Palestinian politics in recent years.

However, this vision of breathing new life into Palestinian Authority governance is not shared by all.

Instead, critics and legal experts are denouncing Abbas’s move as a power grab, saying the president is attempting to consolidate power over all of the PA’s organs and stamp out any opposition.

The effect, they warn, will be to sow ever-greater Palestinian disunity.

Not only that, the PLC’s dissolution may, in fact, be illegal.

Chief among the move’s critics is the Hamas movement, whose election victory in 2006 sparked the split with the PA's leading party Fatah that has created a fissure so severe that multiple attempts to overcome it have proved unsuccessful.

“We reject this decision, and we continue to consider the PLC as having its own authority,” Hassan Khraisheh, Hamas member and second deputy speaker of the council, told Middle East Eye.

Abbas has claimed authority to dissolve the PLC, which was set up by the Oslo Accords to be a future Palestine state’s parliament, through a decision by the PA’s constitutional court.

But according to Khraisheh, this can only be done in the presence of the PLC’s president, Aziz Dweik, as well as Abbas.

And were the PLC to be dissolved, Khraisheh said, Abbas would be forced to resign from the presidency until fresh polls were held.

In Khraisheh’s view, the PLC’s dissolution is not an attempt to revive representative politics in Palestine. Rather, it is a political attack.

“Over the past few years, the PLC has been demonised among the people through suspicious media propaganda which has portrayed the council as a burden on the PA, considering the council members continue to receive salaries despite the parliament’s inactivity,” he said.

The president was influenced by external pressures. He was on a visit to Saudi Arabia before he took the decision to dissolve the PLC

Khraisheh claims that PLC members have sought to insulate the parliament from the political disputes that have rocked Palestinian politics, and attempted to convince Abbas that its continuation is of paramount importance, as it is the only institution elected by the Palestinians.

However, Khraisheh said, the president rejected all of these pleas under the pretext of ongoing division between the political parties.

“The president was influenced by external pressures. He was on a visit to Saudi Arabia before he took the decision to dissolve the PLC,” Khraisheh added.

“There are deliberate attempts to eliminate any elected bodies in the Palestinian political sphere and to replace them with non-elected institutions.”

‘Good for this country’

Such a characterisation is denied by Walid Assaf, a minister in the PA government and chairman of the Commission Against the Wall and Settlements, who was elected to the PLC in 2006 on a Fatah ticket.

Assaf likens the constitutional court’s decision to a death certificate for the PLC, noting that the body has been effectively dead since 2007.

“We have been prevented from carrying out our work in the PLC due to the Hamas coup in 2007,” he told MEE. “We did not have an effective legislative council, and the parliamentary blocs became inactive.”

No PLC sessions have been held in its headquarters in Ramallah since the 2007 split, though the Hamas bloc has continued to congregate in the Gaza Strip, which the movement controls.

But instead of helping keep the body alive, Assaf said, this has only entrenched the division, and the meetings have failed to carry out any of the PLC’s roles of supervising or enacting laws and legislation.

Twelve years of PLC suspension is enough, he said. The time has come to hold new elections and to establish another legislative council.

“We must stop gambling with the concept of a democratic life by clinging onto a legislative council that is not effective. I see the importance of carrying out new elections, and ending the jurisdiction of the members based on the law that stipulates their mandate should be renewed every four years.”

“Carrying out elections and restoring the right for the Palestinian people to elect their leadership is what’s good for this country,” he continued.

“Dissolving the council now is part of a popular and political move demanding new elections. Democracy is not a matchstick to be lit once; it is a continuous process that takes place every four years, and its importance sustains its continuity.”

Despite the impasse, laws have been passed in Palestine since the fissure began in 2007.

Using an emergency law designed to pass laws only in the most urgent circumstances, Abbas has pushed through around 150 pieces of legislation.

Lawyer Daoud Derawi, an expert on Palestinian constitutional matters, notes that the absence of the PLC has provided a comfortable environment for the executive branch.

He told MEE that the presidency was previously subject to the PLC’s pressure and control through powers of accountability.

Now the lawyer said he expects the PA to continue to exploit the absence of the PLC and pass more laws and regulations, adding that the political establishment is heading towards a political reality in which democracy is utterly disrupted and where the executive branch will have even more power in the occupied West Bank.

The legality of the majority of laws passed in the last 12 years is under question, as few appear to be urgent enough to qualify under the emergency law used by Abbas.

Khraisheh accused the PA of passing laws that served certain people’s economic interests. Others, he said, restricted Palestinian people’s freedoms, such as the electronic crimes act.

Echoing this, PLC member Najat Abu Bakr, who is a member of Abbas’s Fatah party, pointed to legislation such as the rent and social security laws, saying they were passed in response to demands from the private sector.

She added that the Palestinian cabinet had approved 145 laws based on decisions from the PA president’s office.

“All these measures and laws will lead Palestinians to search for a better life elsewhere, and it contradicts the basic struggle for existence and perseverance on this land,” she told MEE.

There is a suspicion among many Palestinians that Abbas’s attempt to dissolve the PLC is not aimed towards reinvigorating the proper legislative process but maintaining the West Bank’s status quo.

The PA’s three branches of power - legislative, executive and judicial - are squarely in the hands of Abbas’s Fatah movement, the ruling party of the Palestinian Authority in the occupied West Bank.

In 2016, Abbas seized greater control of the judiciary by creating the constitutional court, the very same body used to dissolve the PLC.

Ostensibly formed to protect the PA’s foundational basic laws that were designed to be the precursor to a Palestinian constitution, the court was actually set up to protect the existing political establishment in the occupied West Bank, according to lawyer Derawi.

Mahmoud Abbas has led the Palestinians to a dead end. He must go
Kamel Hawwash
Read More »

Derawi said that the decision to dissolve the PLC goes beyond the jurisdiction of the constitutional court and is a flagrant violation of the basic laws, which do not permit such a decision to be taken, even in an emergency.

“The Palestinian president violated what the law permits, and issued a large number of laws and regulations after bringing together the executive and legislative branches, and subjected the judiciary to their dictations,” Derawi said.

Any moves to counteract the court’s decision have been met robustly by the PA’s security forces.

On 26 December 2018, members of the Palestinian security forces were deployed in the vicinity of the PLC’s headquarters in Ramallah. The PA forces locked down the area after Dweik, the president of the council, announced an emergency news conference.

At a checkpoint erected by PA forces east of Bethlehem, Dweik was detained and questioned by Palestinian intelligence. The PA also detained a number of PLC members who were leaving Hebron city and prevented them from reaching Ramallah until the news conference was postponed to an undetermined time.

Adnan al-Dmairi, spokesperson for the PA’s security forces, said his units implement the decisions of the constitutional court.

Seeing as the court dissolved the PLC, he said, the members of the parliamentary blocs are no longer afforded immunity.

“We will not give anyone the right to claim the legislative council after it was dissolved judicially; not to use its property or its tools. The decision of the court is binding and effective,” Dmairi told MEE.

Issam Abdeen, the legal adviser for the al-Haq human rights group, said the termination of the PLC is a major setback for the weak Palestinian political system.

The constitutional court, he told MEE, has acted as though it were above the law.

“The constitutional court is acting as though it is above the entire political system.”

Abdeen noted that this wasn’t the first time that the court’s decisions had attracted derision.

The UN’s Committee on the Elimination of Discrimination against Women, said Abdeen, has been very critical of the court’s decisions, performance and independence, and it has communicated these criticisms to the Office of the High Commissioner for Human Rights.

“It is expected that international committees will soon publish reports surrounding the Constitutional Court and the Palestinian judiciary and the reality of human rights and freedoms here,” Abdeen said.

“This will put the PA in a very embarrassing position.” 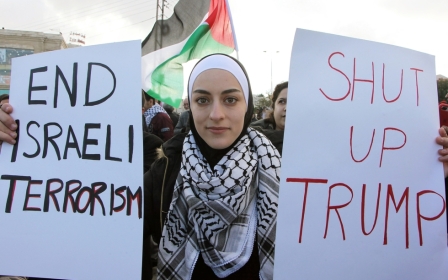 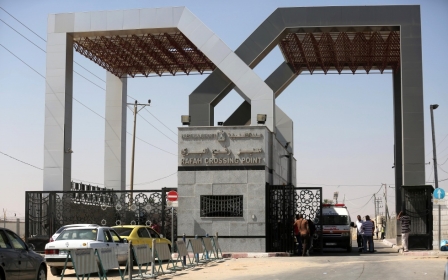 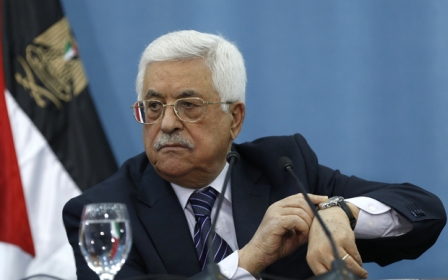 Occupation
Mahmoud Abbas has led the Palestinians to a dead end. He must go
Kamel Hawwash