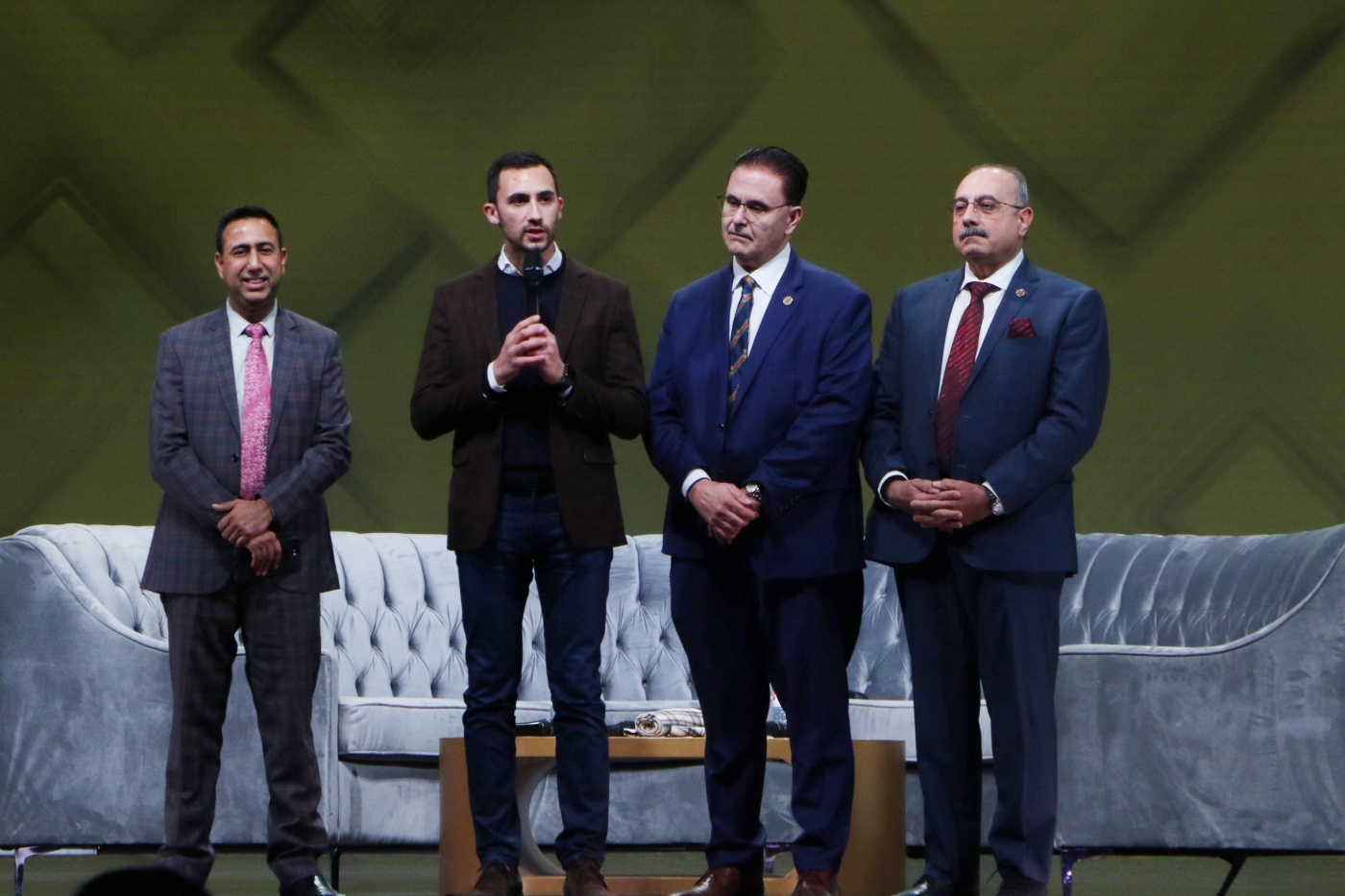 Billed as one of the biggest Muslim events in North America, the Reviving the Islamic Spirit (RIS) conference has attracted some high profile names in recent years, including Canadian Prime Minister Justin Trudeau as well as Pakistan's Imran Khan.

So when thousands of Muslims from across the globe gathered in Toronto over the weekend for the annual convention - where lectures and panel discussions touch on spirituality, theology and Islamic ethics - the attendees were expecting to be met by figures who embodied those values.

Instead, the organisers decided to host Doug Ford, the controversial premier of Ontario province and his Progressive Conservative Party of Ontario, individuals many said contradicted everything the event stands for.

'He should not have set foot here, mainly because a lot of the issues he's causing is affecting us directly'

Several of the attendees told Middle East Eye that RIS should not have given a platform to the Progressive Conservative Party of Ontario, nor allowed premier Ford to appear via video-link, especially after that latter decried a pro-Palestinian protest last month as "racist".

"I think that was really foolish of them," said Humaima Ashfaque, a student at York University.

Khaled, another student at York University who chose to be identified by his first name only, said if RIS continued to host Ford, he would boycott future events.

"To allow him to have such a huge platform to try and get votes and claps from people is unacceptable," Khaled told MEE.

Several members of the audience were visibly upset when Stephen Lecce, Ontario's Minister of Education and a member of Ford's political party started speaking. Some came to the front of the auditorium and shouted "shame".  Others walked out of the room altogether.

Last month, Ford sparked controversy when he condemned a protest outside Toronto's York university organised by supporters of the Boycott, Divestment and Sanctions (BDS) movement, which seeks to pressure Israel economically and politically to end its abuses against Palestinians.

The BDS movement, which has a long history of non-violence, says it is inspired by the campaign that targeted South Africa's apartheid regime. 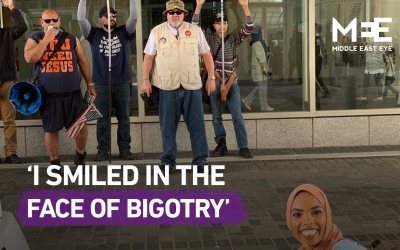 Members of York University's chapter for Students Against Israeli Apartheid had staged the protest on 20 November after former members of the Israeli Defence Force were invited to speak at an event on campus.

Also present were members of the Jewish Defence League, a designated hate group by the Southern Poverty Law Center.

Scuffles broke out, but no one was arrested. Officials from the Toronto police force later described the protest as "mostly peaceful."

"I was shocked by the vile hatred that was on display last night at York University," Ford said. "I stand with Jewish students and the Jewish community."

Khaled said he was troubled by the premier's stance. If Ford "truly cared ... he would stand with us because we don't feel safe on campus," he said.

Following the demonstration and subsequent clash, Amnesty Canada sent a letter to the university's president, calling for an independent review of the incident, adding former-IDF members have "a clear record of responsibility for war crimes and other serious human rights violations".

Other individuals also told MEE they were upset at seeing Ford speaking at RIS, citing other reasons including his party's rhetoric against Muslims and other minority groups.

Last year, Andrew Lawton, a Progressive Conservative Party of Ontario candidate for the provincial parliament under, suggested that a group of Muslims he had met were terrorists.

"Covered in wires from a portable heart monitor. The Muslim gents nearby seem to think I'm one of them," Lawton said in a tweet that was later deleted.

Merrilee Fullerton, a current member of the Progressive Conservative Party of Ontario, also faced criticism after a series of Tweets by her antagonising Muslim women who wear the burqa resurfaced last year.

Meanwhile, Charles McVety, a Christian Evangelical preacher who is close to Ford, had previously said that Islam mandates a "hostile takeover" of the world, and political correctness was being used to stop Canadian citizens from realising this.

"We didn't feel like it was the right platform for him [Ford] to be speaking at, definitely not with everything that's happened in the past year," said Haffsah, an attendee at the RIS conference.

Noufar Sadeghi, a student at Sheridan College, stressed that Muslim Canadians feel the effects of the policies and statements of Ford and his party.

"I think he has no place here. He should not have set foot here mainly because a lot of the issues he's causing is affecting us directly," Sadeghi told MEE.

RIS defended Ford's appearance, telling MEE that its policy is to give "equal opportunity to elected officials from all parties".

"We believe in the importance of promoting civic engagement in our community across the political spectrum," the convention said in a statement.

For its part, RIS had brought in members of the Liberal Party and New Democratic Party (NDP) to speak at the convention as well.

According to data from Statistics Canada, a government agency, there were 1,798 hate crimes reported to police in 2018.

While attacks against Muslims fell by nearly 50 percent last year, anti-hate advocates have warned the numbers could be far greater since many hate crimes go unreported. 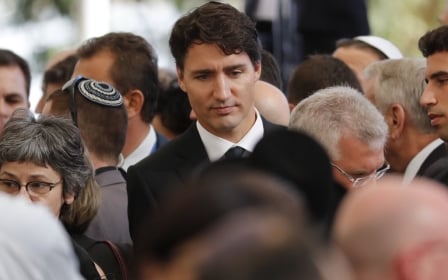 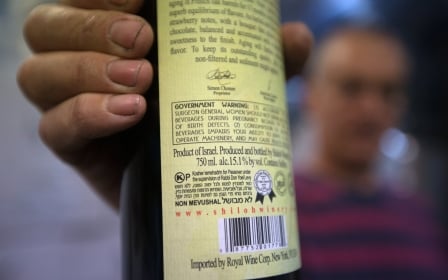