Prince William to go ahead with Israel visit despite Gaza 'massacre'

Palace tells MEE 'no change' in plans to visit Israel and occupied territories, to dismay of opposition MPs and campaigners 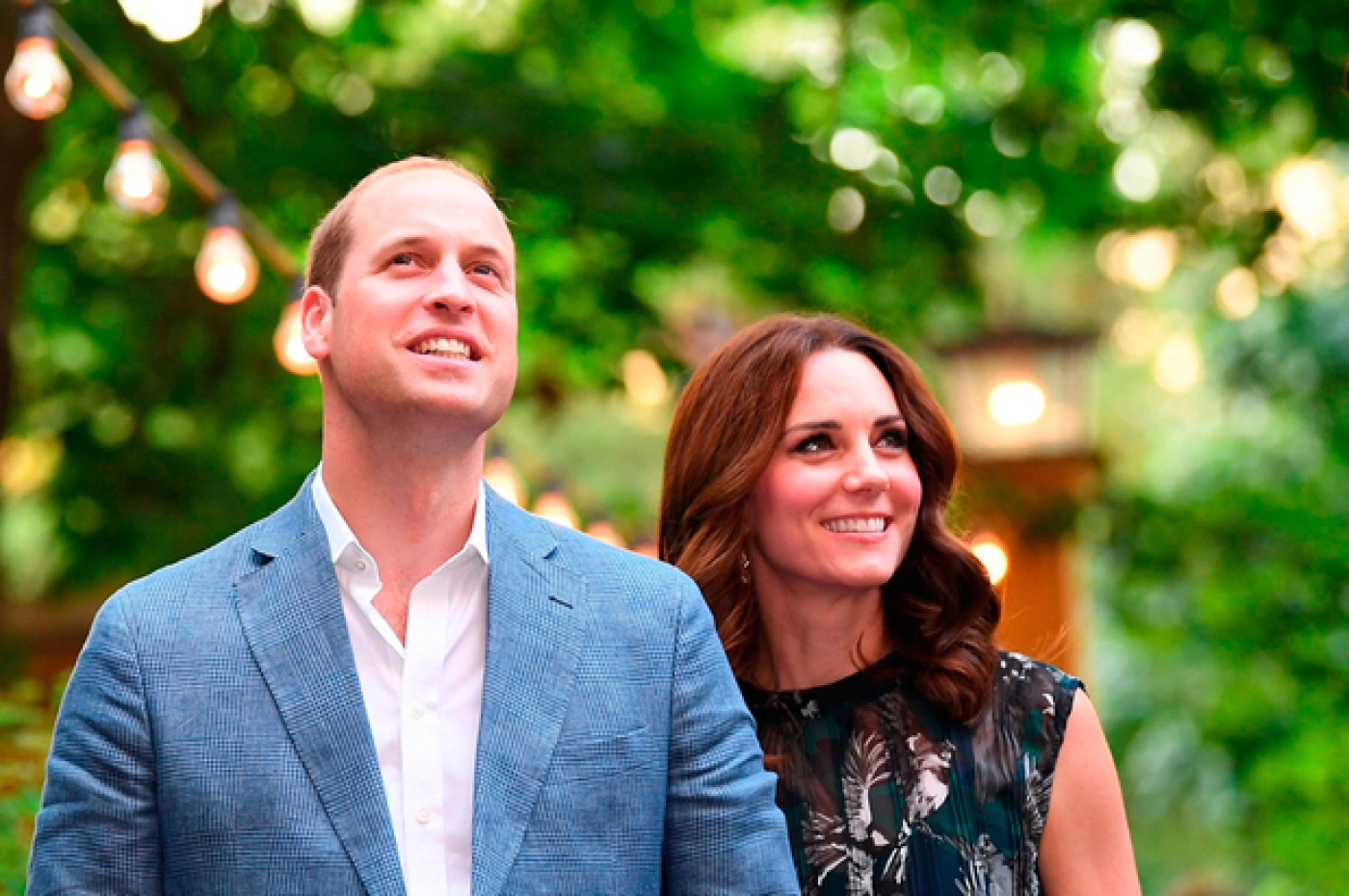 LONDON - Prince William will go ahead with a controversial visit to Israel and the occupied territories despite widespread condemnation of what has been described by many as the "massacre" of Palestinian protesters in Gaza by Israeli forces.

The visit by the Duke of Cambridge to Israel next month, which was announced in March, will be welcomed in Israel at a time when the royal family's profile has been boosted by the upcoming marriage of William’s younger brother Harry to Meghan Markle.

But the planned trip, the first state visit by a British royal to the region since 1948, has sparked fresh controversy this week and MPs and rights groups have called for it to be cancelled or postponed.

Israel killed 61 Palestinians on the Gaza perimeter as they protested about the right of return and the US opening of its embassy in Jerusalem, which comes with an insistence that Jerusalem is Israel's capital.

"Prince William’s visit to Gaza this summer will come in the shadow of the criminal acts of violence by the Israeli Government this week - and must be used as an opportunity to call them out. "

Labour’s Lloyd Russell-Moyle MP, a member of the arms control select committee, said that is is “well known” that royal visits are used as trade missions for the UK’s “disreputable arms export business with nations who use them to violate international humanitarian law".

Russell-Moyle told MEE: “The prince must make clear that he does not support arming a government that kills innocent people. He should go and tell Israel that, go to visit only Gaza or decline their invitation altogether."

Labour MP Geraint Davies told MEE: "This is not a good time for Prince William to visit as if it’s business as usual."

No change in plans

Nevertheless, a spokesman for Buckingham Palace told MEE on Tuesday that there was “no change” and that the visit was due to go ahead as planned. He said further details, including the date of the visit, would be announced in due course.

William's father Charles, the Prince of Wales, is due to represent the royal family next week at the Royal Albert Hall in London for "Pllatinum - Israel at 70", the Jewish community's celebration of the 70th anniversary Israel's founding.

The palace's announcement regarding William's trip was greeted with dismay by pro-Palestinian campaigners, who want the UK to take a harder line on Israel’s actions in Gaza. "We believe Prince William should reconsider this trip in light of Israel's massacre of Palestinian protesters in Gaza,” Hugh Lanning, chair of the Palestine Solidarity Campaign, told MEE.

Speaking in March, Alan Hogarth, Amnesty International UK’s head of policy and government affairs, called on Prince William to support the Amnesty campaign to ban the import and sale of all goods produced in the illegal Israeli settlements.

The British royal is almost certain to confine his visit to the occupied territories to the West Bank, as a trip to Gaza would likely be deemed too controversial, especially after recent deaths and claims that UK arms may be being used by Israeli forces.

The British government lists the military wing of Hamas, which runs the enclave, as a terrorist organisation, saying that Hamas aims to end “Israeli occupation in Palestine and establish an Islamic state.”

Visits by British royals are carried out at the request of the government and often signal a desire to push a diplomatic or economic agenda.

Gaza killings: Names and faces of those killed by Israeli forces this week
Read More »

Until now, the British royal family has historically always rejected Israeli invitations for official state visits, although individual members have visited the country in a personal capacity, and attended state funerals.

It had been thought unlikely that any members of the British royal family would visit Israel or the occupied territories as long as the peace process remained unsolved.

Richard Burden, a Labour backbencher, told MEE: “If Prince William’s visit to Israel, Jordan and the occupied territories goes ahead later this year, it is important he sees the realities of everyday life first-hand.

“That includes life under occupation and the day-to-day threats of displacement and dispossession with which Palestinians live as illegal settlement building continues. Whether in Israel, Jordan or the occupied territories, it will be important for Prince William to hear directly from people living there about their hopes and fears for the future.”

Speaking earlier in Parliament Burden said the Government had written to him to say it did not collect data on the use of equipment after sale when he challenged them to investigate how sniper rifles and other weapons exported under licences from the UK to Israel were used.

He said: "Doesn't that answer mean the government hasn't the first idea whether UK weapons are being used to shoot demonstrators in Gaza, and what does it take for the UK to enforce its own arms export criteria and stop arms sales to Israel?"

His questions came after MEE revealed last month that the UK had approved the export of around $500m in arms to Israel since the Gaza war in 2014, including sniper rifles, small arms ammunition and sniper rifle parts.

Fabian Hamilton, a Labour shadow foreign office minister, stopped short of calling on Prince William to reconsider his visit to Israel, but told MEE: “Labour is committed to reviewing UK arms sales to Israel while protests continue. The fact is that any civilian deaths, or deaths of children, are completely unacceptable and should be met with action, not just words”.

Speaking in parliament, Foreign Secretary Boris Johnson said peaceful protests in Gaza had been “exploited by extremists”, and called for Israel to show “restraint”.

He said the UK remains committed to a two-state Israel-Palestine solution with Jerusalem as the shared capital.

Middle East minister Alistair Burt added that the UK supported an independent UN investigation into the deaths, and that the government has so far received "no information" to suggest that UK-supplied equipment has been used against protesters.

He also said the tragedies should be used as "an opportunity for a springboard to peace". 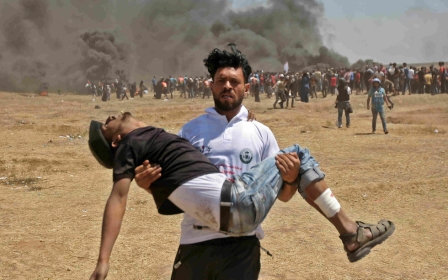 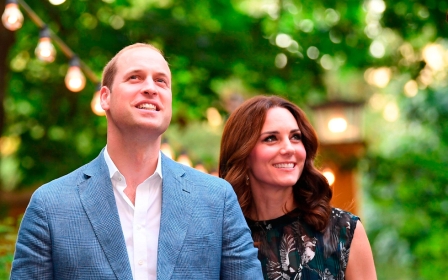