An American group focused on pro-Israel campaigning has had to shut down its offices in Israel and could close down altogether, reportedly blaming an American political landscape that has seen support for its work fall away.

The Israel Project used campaigns on social media and tried to influence media coverage to, as it describes, "create an echo chamber" for pro-Israeli narratives by working directly with media outlets and reporters.

It was a proponent of Israel hasbara, the Hebrew term for the dissemination of positive publicity.

On Thursday, the group's vice president, Lior Weintraub, said on Facebook: "After almost 15 years, yesterday was the last day of the Israeli office of The Israel Project." Israeli daily Haaretz reported that the Israel Project closed its Israeli offices on Wednesday because it was struggling for funding.

Weintraub blamed polarisation in US politics, which he said had led to the group losing supporters from both the Republican and Democratic parties.

"TIP became the first casualty of the polarization in the pro-Israel community in America - and in some ways that's alright. Certain causes are worth paying a price for," Weintraub, a former diplomat, wrote.

The group claims as one of its main successes its campaign against the 2015 Iran nuclear deal, which was strongly opposed by Israel and abandoned by US President Donald Trump last year.

It tried to influence media coverage by connecting reporters with analysts and sources who fit with The Israel Project's views, holding telephone conferences with key figures and providing insight on current developments. 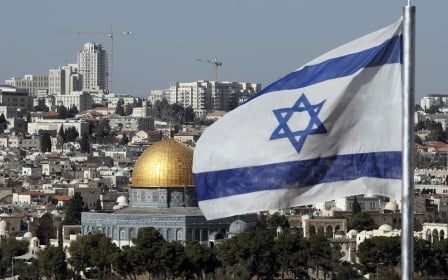 Occupation
A transition from apartheid could heal, not destroy Israel
Marcelo Svirsky