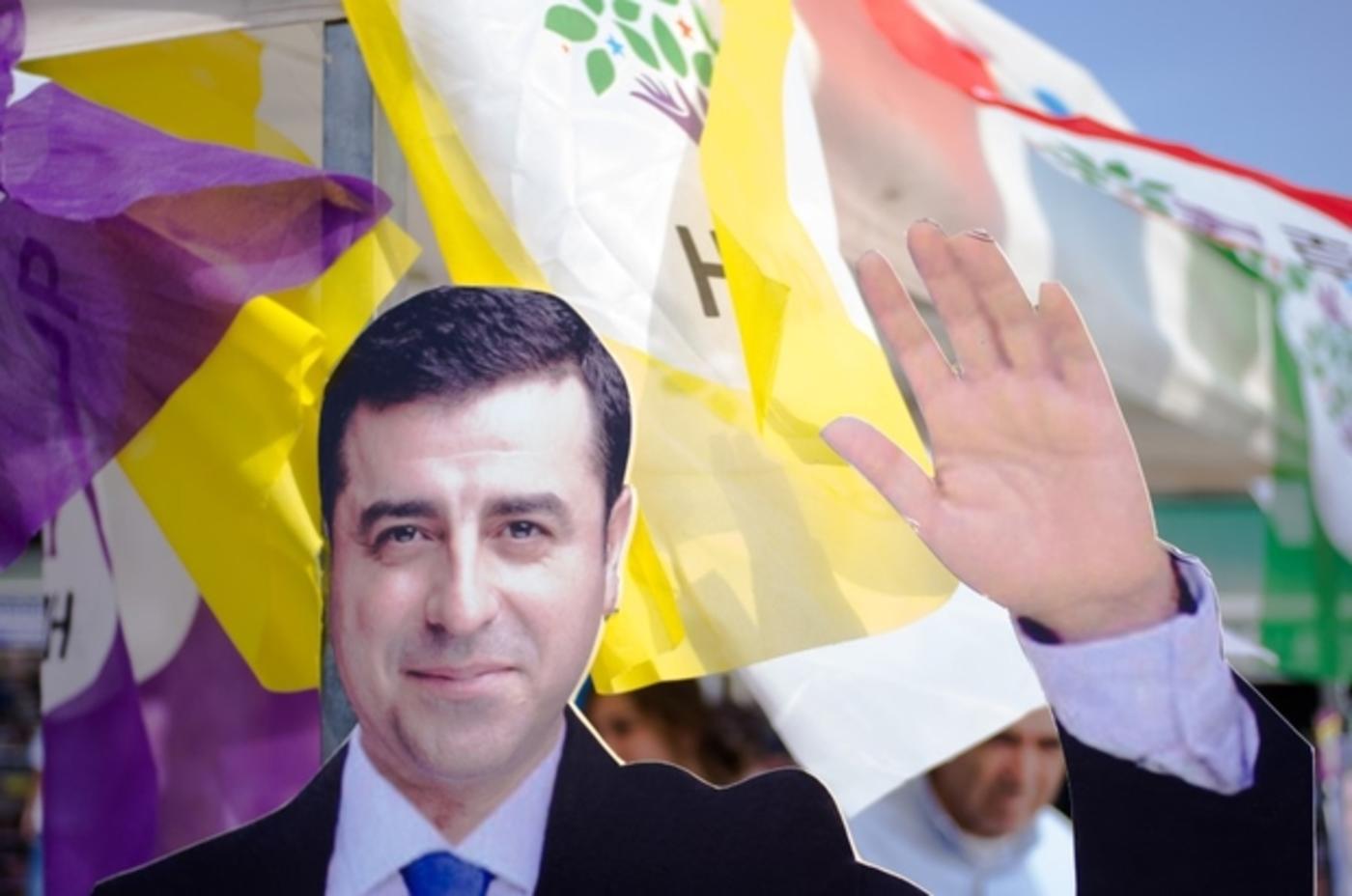 Demirtas, a former human rights lawyer, ran against Erdogan in the elections, and campaigned from prison, mainly through social media (AFP)
By
MEE and agencies

A Turkish court on Friday sentenced the former head of the pro-Kurdish opposition, Selahattin Demirtas, to more than four years in jail on terrorism charges, his first conviction after spending 23 months in prison.

Demirtas, one of Turkey's best-known politicians and head of the People's Democratic Party (HDP), has been incarcerated while on trial for a series of terrorism-related charges. The Kurdish politician could face a total of up to 142 years in prison if convicted of all the charges. He has denied the allegations.

On Friday, the court sentenced Demirtas to four years and eight months for carrying out terrorist propaganda during a speech in 2013, when the government was holding peace talks with Kurdish fighters about a possible ceasefire.

"Because they defended peace, they were... sentenced to jail," the HDP said on Twitter.

Today Demirtas has ben sentenced to a 4 year 8 month sentence for a speech he gave in March 2013, in the same week that a ceasefire between the Turkish government and PKK began - with the Turkish press eagerly quoting a Newroz letter from Ocalan announcing the ceasefire. pic.twitter.com/e0fsQuGbUO

President Recep Tayyip Erdogan accuses Demirtas and the HDP of links to the outlawed Kurdistan Workers Party (PKK), which has carried out a decades-long insurgency against the Turkish state.

Both Demirtas and the HDP have denied the accusations of being linked to the PKK, which has been designated a terrorist organisation by Turkey, the European Union and the United States.

Demirtas was defiant after the court's ruling in a message shared by his party on Twitter: "We will not take a step back, we will continue to defend peace."

In June, while campaigning for re-election in presidential elections, Erdogan called Demirtas a terrorist and said he was responsible for the deaths of Kurdish civilians during unrest three years ago.

Demirtas, a former human rights lawyer, ran against Erdogan in the elections, and campaigned from prison, mainly through social media.

After having won votes beyond his core Kurdish constituency in previous elections, Demirtas failed to mount a significant challenge to Erdogan in June, gaining 8.40 per cent of votes against Erdogan's 52.59 per cent. 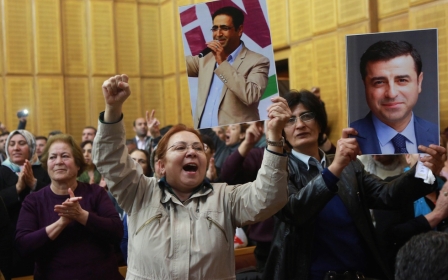