Despite his imprisonment, Ocalan continues to wield considerable influence among Kurdish supporters of the HDP (AFP)
By
MEE and agencies

The pro-Kurdish Peoples' Democratic Party (HDP) said on Friday its strategy of supporting the opposition in Sundays's Istanbul re-run mayoral election has not changed, despite a last-minute call from jailed PKK leader Abdullah Ocalan for it to remain neutral.

The HDP co-leaders said in a written statement that Ocalan's statement was in line with the HDP's strategy until now, and that President Tayyip Erdogan was seeking to pit the HDP and Ocalan against one another in a "desperate" move

The HDP has supported the opposition against Erdogan's AK Party (AKP), playing a key role in the narrow defeat of the AKP mayoral candidate in the March vote, which election authorities later annulled due to alleged irregularities. 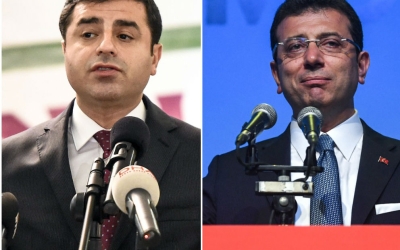 In a letter that was shared with members of the press on Thursday by academic Ali Kemal Ozcan, Ocalan said: "The democratic alliance approach of the HDP should not be made a part of current election discussions.

"The importance of the democratic alliance is that it... insists on its neutral position in elections."

Ocalan did not say whether HDP supporters should vote or not on Sunday.

The statement came after the imprisoned ex-leader of the HDP, Selahattin Demirtas, on Tuesday declared his support for Ekrem Imamoglu, the opposition’s Istanbul mayoral candidate, in a move seen as a bid to attract tens of thousands of stay-at-home voters to the polls.

"For today, we believe Imamoglu's discourse should be supported. Because we are beautiful together. Without the HDP, by excluding the HDP, nothing can be beautiful enough," Demirtas, the former co-chair of the HPD, said in a series of tweets.

From his prison cell on an island south of Istanbul, where he has been held for 20 years, Ocalan continues to wield considerable influence among Kurdish supporters of the HDP and made his latest statement after meeting his lawyers on 18 June.

Shortly after details of the statement were released on Thursday, Erdogan appeared in a televison interview to comment in detail on the letter, saying it showed a "power struggle" within the Kurdish movement.

Some 10.5 million people are elegible to vote in Turkey's largest city.

The HDP decided in January not to nominate mayoral candidates for seven major municipalities, including Istanbul. 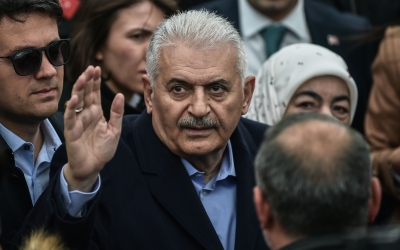 In support of Imamoglu, the HDP has been running a door-to-door canvassing campaign and said it will provide free transportation back to the city for Istanbul residents who are holidaying elsewhere in the country.

Erdogan's AKP is trailing in polls ahead of the Sunday election, and has been struggling to win over Kurdish voters despite a softening of previous rhetoric that alienated Kurds.

Ocalan is the founder of the PKK, designated a terrorist group by Turkey, the European Union and United States.

It launched an insurgency in 1984 in which more than 40,000 people have been killed.

Despite his isolation and being reviled in much of the Turkish media, Ocalan has at times come to prominence in Turkey, whether at the time of peace talks several years ago, or to intervene in hunger strikes by his supporters. 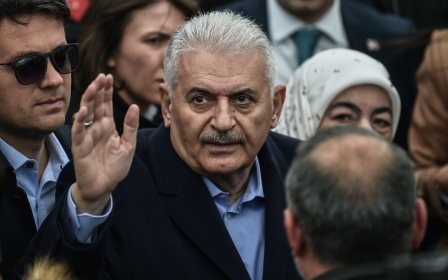 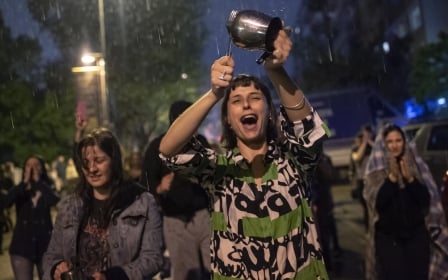