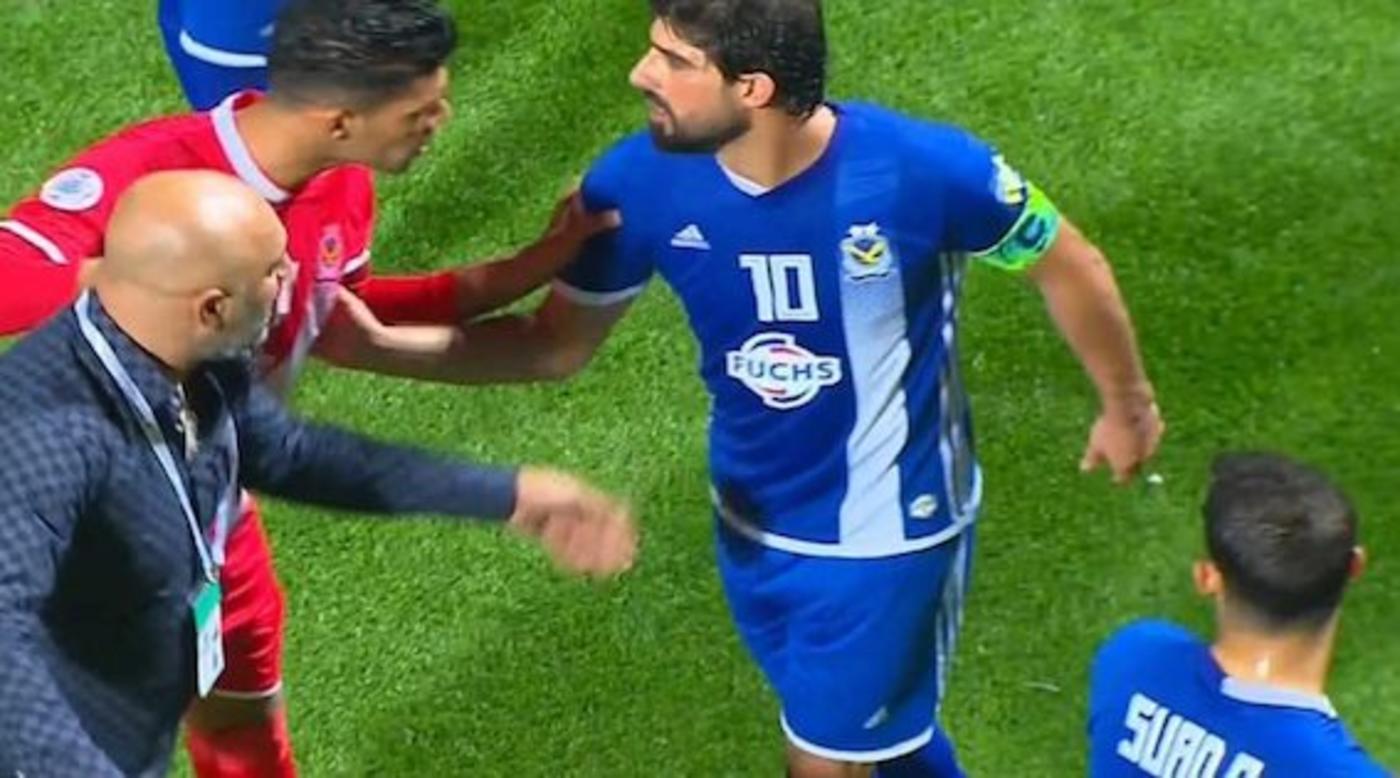 The Iraqi Ministry of Foreign Affairs summoned Algeria's ambassador in Baghdad on Monday over "sectarian chants" made by Algerian fans during a football match between the two countries in Algiers.

These chants pushed al-Quwa al-Jawiya's players to quit 72 minutes into the match and leave the field.

The referee had to stop the match organised as part of the Arab Clubs Championship.

Ahmed Mahjoub, Iraq's foreign affairs spokesperson, said Baghdad had expressed "the government and the people of Iraq's indignation... at the glorification of the horrible face of Saddam Hussein's deadly dictatorial regime", which was toppled in 2003 following the United States' invasion of Iraq.

"God is great, Saddam Hussein" Algerian fans sang, according to videos that were filmed in the stadium and went viral on social media.

The leaders of the Iraqi club asked for its players to leave the field and join the locker room.

The referee of the match then waited 15 minutes before calling the end of the game, on a score of 2-0 in favor of USMA.

Algerian media said that insults against Shias - a minority in the Muslim world but a majority of the population in Iraq - were also chanted during the game by supporters of the Algiers club.

According to several sources, the anti-Shia slogans were what prompted the withdrawal of the Iraqi team and the anger of its leading staff.

The Iraqi Football Federation has threatened to withdraw its teams from the Arab Clubs Championship, saying it is "opposed to any racist or sectarian slogans".

"If the Arab Football Federation does not take a decision to restore the rights of Iraqi football [...] the Iraqi Federation will withdraw its clubs," IFF president Abdel Khaleq Massoud said in a statement.

"We do not accept to have the public insult our country and insult us. This crowd has backwards and racist ideas," Bassem Qassem, al-Quwa al-Jawiya's coach said in a video broadcast by Iraqi football officials.

Al-Iraqiya, a semi-official television channel financed by the Iraqi parliament, has decided to boycott news about Algerian football clubs.

The Arab Football Federation plans to sanction both teams: Al-Quwa al-Jawiya club faces a $1 million penalty, while USMA's fine would range from $100,000 to $500,000.

Interviewed by Algerian sports channel El Heddaf, USMA's goalkeeper and captain, Mohammed Lamine Zemmamouche, said: "What the fans did is regrettable. We were very well received during the first leg game in Iraq."

The Algerian club did not officially react to the case.

However, USMA's fans carried on with their pro-Saddam slogans on social media.

"Diplomatic crisis, demonstrations and summoning of the ambassador... We say it again: God is great, and Saddam Hussein will remain in our hearts as long as we are alive," a post read on USMAdz37, a Facebook page for fans of the Algerian club.

On the same page, one internet user accuses Iraqis in the comments of having "made a whole scene to distract from their debacle" on the football field.

Translation: Algerians, through history, appreciate the Iraqi people and state and appreciate their sacrifices and sufferings. I'm sure that the Algerian fans who chanted in the name of Saddam were thinking that this did not annoy Iraqis. That's why I renew my call to my Iraqi media colleagues and brothers to not give the topic any more attention than it deserves.

On the official front, Algerian Minister of Youth and Sports Mohammed Hatab told the media that it was "an isolated act" that "cannot alter the Algerian people's reputation of hospitality and cannot to influence relations with our brothers".

In December, Algeria had to apologise to Riyadh after the unfurling of a banner accusing the king of Saudi Arabia of supporting US President Donald Trump's decision to unilaterally recognise Jerusalem as the capital of Israel during a second division match.

In an Algeria-Libya match of October 2015 counting as a qualifier for the African Cup of Nations, police seized pre-2011 Libyan flags, posters of the slain Libyan ruler Muammar Gaddafi and banners calling for the release of Gaddafi's son Saif al-Islam.

Relations between Algiers and Baghdad had already been somewhat tense, particularly with regards to the fate of 12 Algerian prisoners imprisoned in Iraq for acts relating to terrorism and for illegally crossing the border.

- The article is based on a translation of a story that was originally published by Middle East Eye's French website. 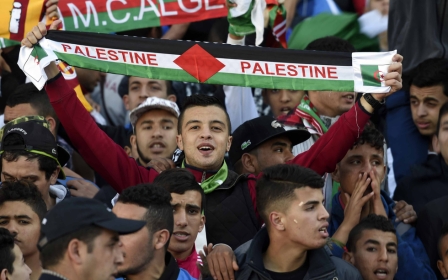