Libya's lost generation: How the country's ongoing conflict has impacted its youth

They witnessed the overthrow of Muammar Gaddafi, and have grown up in a society riven by war, no wonder then that the psychological toll on Libya's youth has been critical 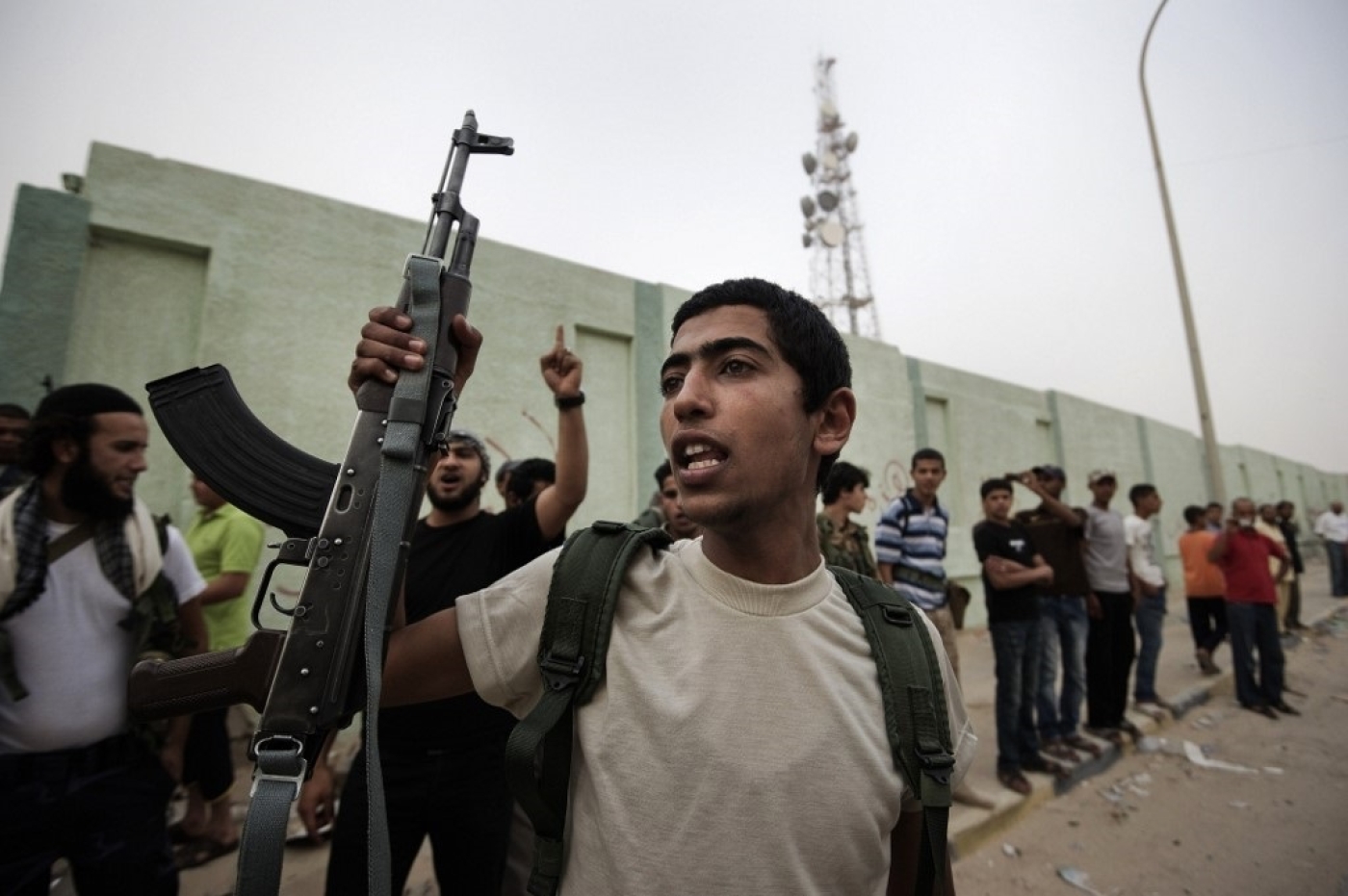 In 2011, rebels on the frontlines in eastern Libya prepare to fight. Eight years later, the psychological impact weighs heavily on many young Libyans (AFP)
By
Rebecca Murray
in
Tripoli

It is nearly half a year since Field Marshal Khalifa Haftar launched a grinding war for the Libyan capital of Tripoli. This battle, the latest in a series of brutal conflicts since the 2011 revolution toppled dictator Muammar Gaddafi, has taken an alarming psychological toll on the country’s youth.

For one anxious 20-year-old woman, panicked by the ongoing violence around her home in the conflict zone, the solution was to kill herself with a bottle of sedatives. “Her family refused to leave so she attempted suicide,” says frontline field clinic doctor, Mohamed Algeli. “We had to pump her stomach and send her directly to a hospital.”

For Libyans in their twenties, going to university, mulling careers, and socialising with friends can be a welcome reprieve before shouldering the conservative society’s expectations of nailing down a job, getting married and raising children.

But many in this generation, who as children experienced the bloody overthrow of the Gaddafi regime and the insecure chaos of militia rule that followed, share a deep-rooted anxiety about everyday life and the future.

The pull of militias

An estimated 120,000 civilians have been displaced by the Tripoli war today, while several thousand people - including civilians and many youth who chose to pick up guns and fight - are now dead and injured. Foreign aircraft bomb Mitiga airport and military targets in Tripoli’s southern suburbs on a daily basis.

'I see so many good men but their minds are empty. We try to pull them from the streets and from the militias'

At the University of Tripoli’s department of economics, US-educated professor Mahmoud Ahmed Danaf faces daily challenges from the conflict. Student attendance has plummeted to 20 percent he said, as some have taken to fighting on the frontline, been made homeless by war, are distracted, or fled the country.

He says housing on campus has been offered to displaced families, often leaving dedicated students to fend for themselves. Some pay for nearby hotel rooms so they can finish the end of year exams.

Student absenteeism is not the only challenge facing this university department. Professors receive a subsistence wage, which is often paid months late and the teacher’s union is weak. There are chronic power cuts and a lack of basic internet, online library access and projectors, while classrooms often lack furniture, blackboards and doors.

Then there are incidents like a student holding his professor at gunpoint to extract a better grade.

“What is destroying me is the students,” Danaf says. “I see so many good men but their minds are empty. We try to pull them from the streets and from the militias. But sometimes they get money and the power that opens doors.” He sighs deeply. “We are trying to persuade them to build their future instead.”

“Thank God we finished this semester,” exclaims Yousef Mabrouk Saheri, the 22- year old head of the student union at the department. He has spent the past months encouraging students to keep at their studies, even though he himself was made homeless by the war. Aspiring to be a banker, he echoes many others when he says he’d like to study and work abroad.

“Most people I know are not hopeful about the future,” says Emad Badi, a non-resident scholar at the Middle East Institute, told MEE. “Those that have long-term plans of staying in Libya are very few, unless they are not able to leave. The younger generation does not want to stay because of little to no future.”

The minister of education, Othman Mohamed, has ambitious plans. “After evaluating the education system, we realised we couldn’t improve or fix things, we needed total reform - starting with infrastructure, the curriculum and teachers.”

But these goals are tempered for now by the war and his role as deputy of the Government of National Accord’s (GNA) crises committee, which manages the provision of electricity, water, health, and housing for the displaced. “It’s a nightmare,” Mohamed says. “We are like firefighters jumping from one crisis to another.”

And the crises could multiply even if Haftar is vanquished from Tripoli. Many Libyans predict his defeat could lead to another conflict between armed groups for spoils within the capital.

“It is clear that the anti-Haftar alliance will last as long as they face a common threat of Haftar’s forces at Tripoli’s gates,” Wolfram Lacher, a senior researcher at the German Institute for International and Security Affairs told MEE. “When the threat vanishes, the alliance will break apart.”

At a city café, a 25-year old former fighter in Tripoli said he gave up fighting five years ago, but is still in close contact with friends on the frontline.

“This young generation is mentally destroyed,” he says, describing how the militias have access to pharmacies, and fighters are addicted to a “mind erasing” cocktail of Tramadol for pain and Ecstasy for adrenaline. Cocaine is around, but expensive. Smoking hashish and drinking home-brewed alcohol has always been most common, he says.

He continues: “They don’t understand what family or street rules mean. They don’t care about respect. They take examples from the combat video games like PUBG – similar to Fortnite - where teams kill each other off, and then apply it to the real battlefield.”

With the tightening of the Moroccan-Spanish border and the ongoing conflict in Libya, the drug business here has boomed.

The Special Deterrence Force (SDF), a powerful Salafi militia, runs a tightly secured rehabilitation centre based in the grounds of Mitiga airport, where they often detain without trial those considered drug pushers or addicts.

They are put through a recovery process, which includes training in trades like carpentry and religious workshops. Among Tripoli residents, this controversial programme in a location where abuse of inmates has been reported, is often praised but has proven difficult to assess.

As the conflict continues, the spread of psychological services has gained wider acceptance in a culture where mental illness is often stigmatised.

Dr Anwar Farjalla, a psychiatrist at the private clinic Psy Care, has been a practitioner since the 1980s, when the police would assign him criminal cases at the Al-Razi Psychiatric Hospital. “Many of the patients had tried to break into Gaddafi’s Bab Al-Aziziyah compound,” he recalls. “Some wanted to kill him, others thought he was a prophet, while many wanted to show him something.”

'The militias will be here until judgement day. I wish the best for my country but that doesn’t make the bad not exist'

Now he treats mostly youth in their twenties – although the centre counts mothers and grandparents among their patients. “Chronic conflict, lack of jobs, money, services, homelessness, domestic violence - all of them can contribute to depression and insecurity.”

One of the in-patients from Zintan was treated successfully for generalised psychiatric disorder. The Psy Care staff said after he was discharged, he was kidnapped by criminals in the neighbourhood of Abu Salim and subjected to torture for ransom.

Dr Khawater Ghnemi, who works at the clinic with Dr Farjalla, said the man was sexually abused, burnt with cigarettes and starved. "When he was finally released, he returned to us because we were a safe place," she said.

Mohamed, 31, is a level-headed businessman who, like his peers, wants to leave Libya and join his brother and sister, who work in Germany. He says he suffers from hypertension, like his younger sister, who died of a heart attack at age 21.

Mohamed speaks of a recent night when he and 15 friends held a party at a farm in Tripoli’s suburbs. A masked militia attacked them, forced them onto the ground as they performed mock executions, and robbed them of all their cell phones, computers, and car keys over the next 40 minutes.

“Then a miracle happened,” he recalls shakily. “A man arrived in a white land cruiser and sat next to us. He told us we were good guys, and that his men were not meant to treat us like this. He made the militia give every single thing back to us. I survived. This was an unbelievable twist.”

He raced home and shut himself in his room with acute anxiety. He has not talked about the attack to his friends or told his family and now feels he can no longer stay in Libya.

“Unfortunately Libya has reached a dead end,” he says. “The militias will be here until judgement day. I wish the best for my country but that doesn’t make the bad not exist.” 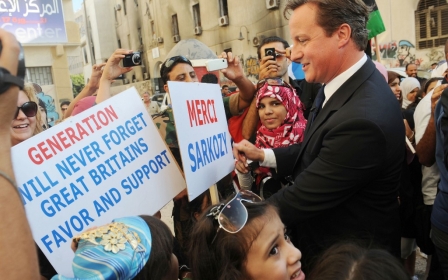 Inside Libya
In pictures: Sudanese families find refuge in an abandoned Libyan warehouse