Since the start of the air embargo, Qatar Airways has sustained losses of hundreds of millions of dollars (AFP)
By
MEE and agencies

Qatar’s state-owned carrier will seek at least $5bn in compensation from Saudi Arabia, the United Arab Emirates, Bahrain and Egypt for closing their airspace as part of a regional dispute.

The ban is part of a series of measures taken since June 2017 after the four countries cut ties with Doha for allegedly supporting Islamist militants and Iran. Qatar has repeatedly denied the charges and said the Saudi-led bloc is violating its sovereignty.

Qatar Airways said on Wednesday that the measures specifically targeted the airline, with the objective of closing its operation in the four countries, destroying the value of its investments and damaging its global operations.

The airline said in a statement that it is the damages through four investment arbitrations under three treaties, including the Arab Investment Agreement.

"The arbitrations seek redress for the blockading states' actions to remove Qatar Airways from their markets and to forbid the airline from flying over their airspace," it said.

Last week, the International Court of Justice ruled in favour of Qatar in its legal dispute over the airspace restrictions, and confirmed that Doha could challenge the blockade before the UN's International Civil Aviation Organisation.

Saudi Arabia and the UAE said they respected the decision, but denied the ruling dealt with the merits of the case.

"After more than three years of efforts to resolve the crisis amicably through dialogue yielded no results, we have taken the decision to issue notices of arbitration and pursue all legal remedies to protect our rights and secure full compensation for the violation," Qatar Airways chief executive Akbar al-Baker said.

Because of the restrictions limiting Qatar's airspace, the airline has had to rely on flying over Iran, which has meant longer and costlier routes that require fuel.

Since the start of the air embargo, Qatar Airways has sustained losses of hundreds of millions of dollars. 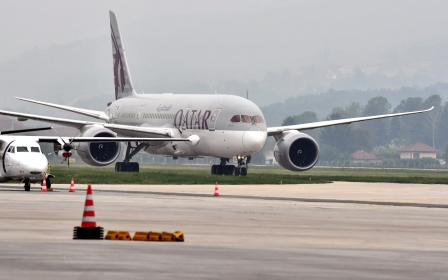 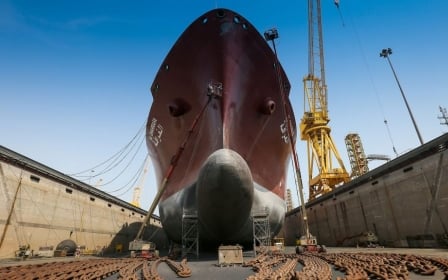