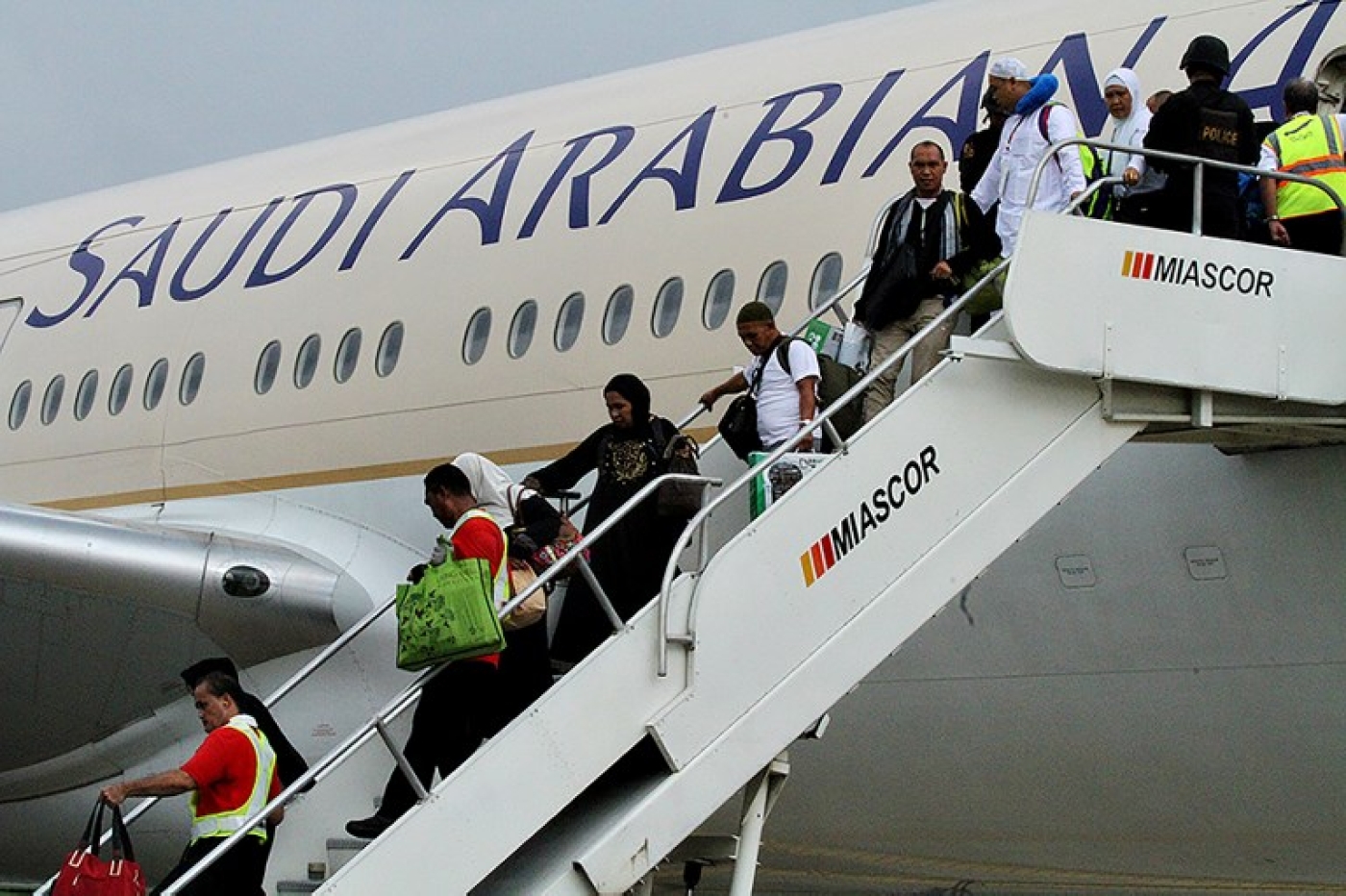 Qatar on Monday denied it had banned Saudi Arabian flights from landing in the emirate to transport Muslim pilgrims to Mecca, after an accusation by authorities in Riyadh.

The flight is one of a select few that will allow Qataris to land in Saudi Arabia, which last week temporarily opened its borders to pilgrims to the Saudi city of Mecca, the most revered site in Islam, more than two months into a diplomatic crisis that has seen Riyadh cut all ties with Qatar and ban its citizens from entering.

An official source in the Qatar Civil Aviation Authority on Monday "described as baseless the news... that allegedly claimed that the state of Qatar refused to allow Saudi Airlines to transport the Qatari pilgrims," according to a report carried on the state-run QNA news agency.

Qatar's civil aviation authority confirmed that it had received a request from the Saudi carrier for permission to land and had referred the airline to the ministry of Islamic affairs "in accordance with past practices".

A report on the SPA, the official Saudi news agency had said on Sunday: "Saudi Arabian Airlines director general Saleh al-Jasser has said that the airline has thus far been unable to schedule flights to transport Qatari pilgrims from Hamad International Airport in Doha as Qatari authorities have not allowed the aircraft to land."

The Hajj to Mecca, a pillar of Islam that capable Muslims must perform at least once, takes place at the start of September this year. It is expected to draw around two million Muslims from around the world.

Yet the pilgrimage has turned into a point of contestation between Saudi Arabia and Qatar, which are locked in a diplomatic crisis that has seen Saudi Arabia and its allies cut all ties with Doha over accusations of state support for Islamist militant groups and ties to Shia Iran.

Qatar has denied the allegations.

Saudi Arabia last month said Qatari pilgrims would be allowed to enter the kingdom for this year's Hajj but imposed several travel restrictions, including flying in only on airlines approved by Riyadh.

Around 120 Qataris entered Saudi territory on Thursday through the Salwa border, also known as Abu Samrah, Saudi state television reported, after King Salman called for the border to be opened for pilgrims without electronic permits.

Qatar welcomed the decision but also lashed out at what it called Riyadh's politicisation of religious freedoms.

"Regardless of the manner in which pilgrims from Qatar were banned from the pilgrimage, which was politically motivated ... the government of Qatar welcomes the decision and will respond positively," Qatari Foreign Minister Mohammed bin Abdulrahman al-Thani told reporters on a visit to Stockholm.

"What matters to us is the bottom line, which is that our citizens now have a way to attend the Hajj, and we uphold our demand that Hajj be spared politicisation."

More than 20,000 Muslims from Qatar have applied for visas for this year’s Hajj, but Qatar has only been given a quota of 1,600.