Annual survey predicts collapse of Gulf bloc, prospect of war between Israel and Iran, and emergence of more brutal successor to Islamic State 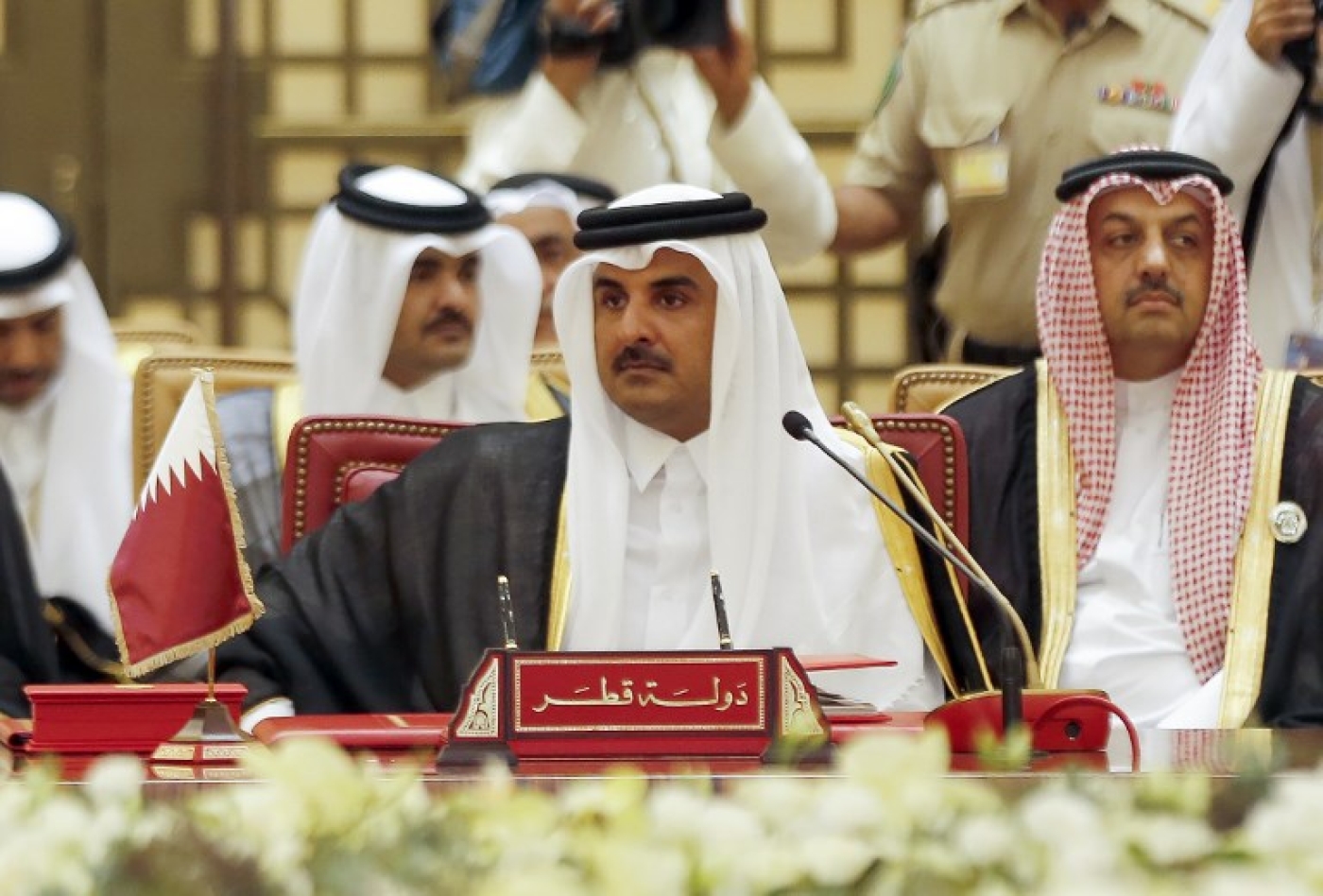 The Gulf Cooperation Council (GCC) has begun “to tear itself apart” and may “wither away” as a consequence of the rift between Saudi Arabia and its allies and Qatar, a leading western think tank said on Wednesday.

“Qexit” - the prospect of Qatar leaving the six-state bloc – and the collapse of what it calls “the one regional institution that appeared at least reasonably stable” are among the scenarios envisaged in the latest annual strategic survey published by the London-based International Institute for Strategic Studies (IISS).

The document also tantalisingly comments that Israel “may soon be engaged in a conflict with Iranian proxies and possibly Iran itself along its border with Syria and Lebanon”.

With rather greater certainty, it points to the growing influence throughout the Middle East of Iran, the increasing strength of Hezbollah and other Shia militia groups, and the role of Moscow.

With the US pretty much absent from the dynamics of the Middle East, “all eyes are on Russia,” observed IISS senior fellow Emile Hokayem.

But it is the deeply uncertain future of the GCC – whose future deeply concerns western nations with strategic and economic relationships deeply entrenched in the region – that the IISS pinpoints in its survey.

The GCC had begun to “tear itself apart”, it said, “as Saudi Arabia, the United Arab Emirates and Bahrain presented Qatar with a list of demands while closing borders and cutting off relations”.

Saudi Arabia, the UAE and Bahrain severed ties with Qatar in June, accusing the tiny Gulf peninsula state of sponsoring terrorist organisations and calling on it to curb its ties with Iran.

Kuwait, also a member of the bloc, has pitched itself as a mediator in the crisis, while Oman, the sixth member, has also retained ties with Doha.

It added: “Qexit – the prospect of Qatar leaving the GCC – has not yet become an accepted neologism, but it was a prospect openly discussed by many influential figures.”

The survey predicts that the complainant states will seek “moderation” in Doha’s policies, not least in the editorial line taken by the “Arabic version of Al-Jazeera”.

The UAE was openly discussing Qatar leaving the GCC and arguing for a “new set of alliances”, noted John Chipman, the IISS's director general. “The damage to the GCC may be permanent and it will wither away.”

The survey also observed, however, that regional organisations were usually strongly backed by their most powerful members and Saudi Arabia “may come round to the view that fracturing the GCC is not strategically smart”.

That is the view in Washington and London, both worried capitals. US President Donald Trump has made his view abundantly clear, calling Iran a “rogue state” and a “corrupt dictatorship” in an address to the United Nations General Assembly on Tuesday, and backing Saudi Arabia as the main bulwark against Tehran.

Saudi Arabia is also the UK’s most lucrative arms market. Yet London wants to develop ever-closer defence and security ties, with arms sales attached, to other GCC countries, including Qatar.

Three years ago, the UK signed a security pact with Qatar to combat extremist groups (which other GCC members now accuse Qatar of backing) and cyber attacks.

The agreement paved the way for close intelligence cooperation between the two parties involving GCHQ, the UK’s most secret electronic eavesdropping and counter cyber warfare agency.

The agreement “will broaden and deepen the important security relationship between our respective countries”, the UK Home Office told the Financial Times at the time.

The deal, whose cost would be borne by Qatar according to the FT, is similar to a security and intelligence agreement the UK has with its longstanding close GCC partner, Oman.

Earlier this month, Michael Fallon, the UK defence secretary, and his Qatari counterpart, Khalid bin Mohammed al Attiyah, signed a new agreement with Qatar – a “statement of intent” which the UK said heralded the first major arms contract between the two parties.

The intention is that Qatar buys 24 Typhoons, the combat aircraft the UK has already persuaded Saudi Arabia, Oman and Kuwait, to buy. The deal with Qatar, said Fallon, will provide an “opportunity to further enhance the security of all partners in the Gulf Cooperation Council”.

Britain wants to re-establish its old political and economic role in the Gulf at a time of crisis and shifting alliances. In the old days, a bigger player emerged. It was the US. Now another one has come along.

Russia, the IISS survey emphasises, has “positioned itself as a decisive military player and an alternative pole for countries seeking to balance their relationship with Washington”.

While pursuing goals inimical to the interests of the GCC in Syria, it says, Russia has maintained strong ties with the UAE “based on their converging views on Egypt, Islamism and other issues, as well as the good personal relationship between Russian President Vladimir Putin and UAE leader-in-waiting Sheikh Mohammed bin Zayed al-Nahyan”.

Meanwhile, Egypt has emerged as a “Russian partner of choice” and the Russia-Iran partnership has expanded. Syria may not be a stable country any time soon but Russia’s ally, its president, Bashar al-Assad, “will survive”, IISS experts predicted.

One of them, Nigel Inkster, a former director of the UK’s foreign intelligence service, offered some interesting observations on the future of militant groups, as the Islamic State group loses ground in northern Iraq and Syria.

He spoke of a “different kind of terrorism”. Al-Qaeda could be described as “model 1.0”, centrally-directed with a command and control structure, but “relatively easy” for intelligence services to monitor.

With IS had come “terrorism 2.0”, with a narrative that would persist and evolve and attach itself to different grievances, including the plight of the Rohingya Muslims in Myanmar.

But with IS in territorial retreat in Iraq and Syria and al-Qaeda “waiting in the wings”, Inkster said that a threat “even more brutal” than IS could emerge.

“The question is whether al-Qaeda is capable of reasserting itself as the leadership of global jihad and how it might go about this. It's not a foregone conclusion that this will happen,” said Inkster.

“It may well be the case that al-Qaeda remains becalmed, remains on the sidelines, and we see something else, something probably more extreme and more brutal even than the Islamic State has shown itself to be.” 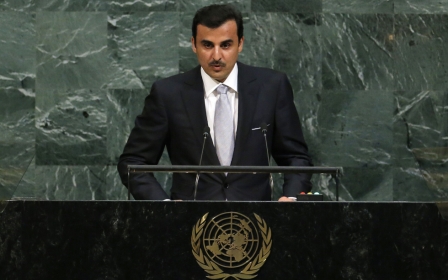 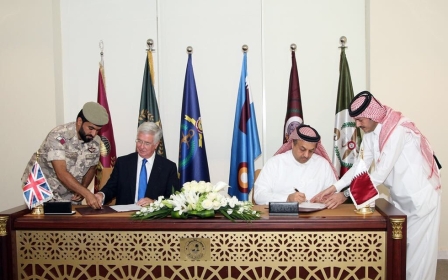 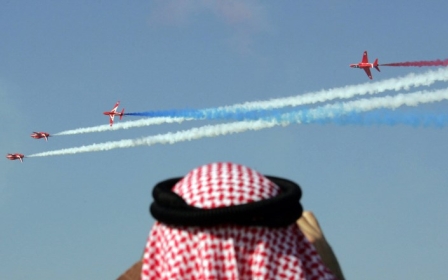