Diyab, a 44-year-old Syrian resettled in Uruguay in 2014, is being held by Venezuela's secret police 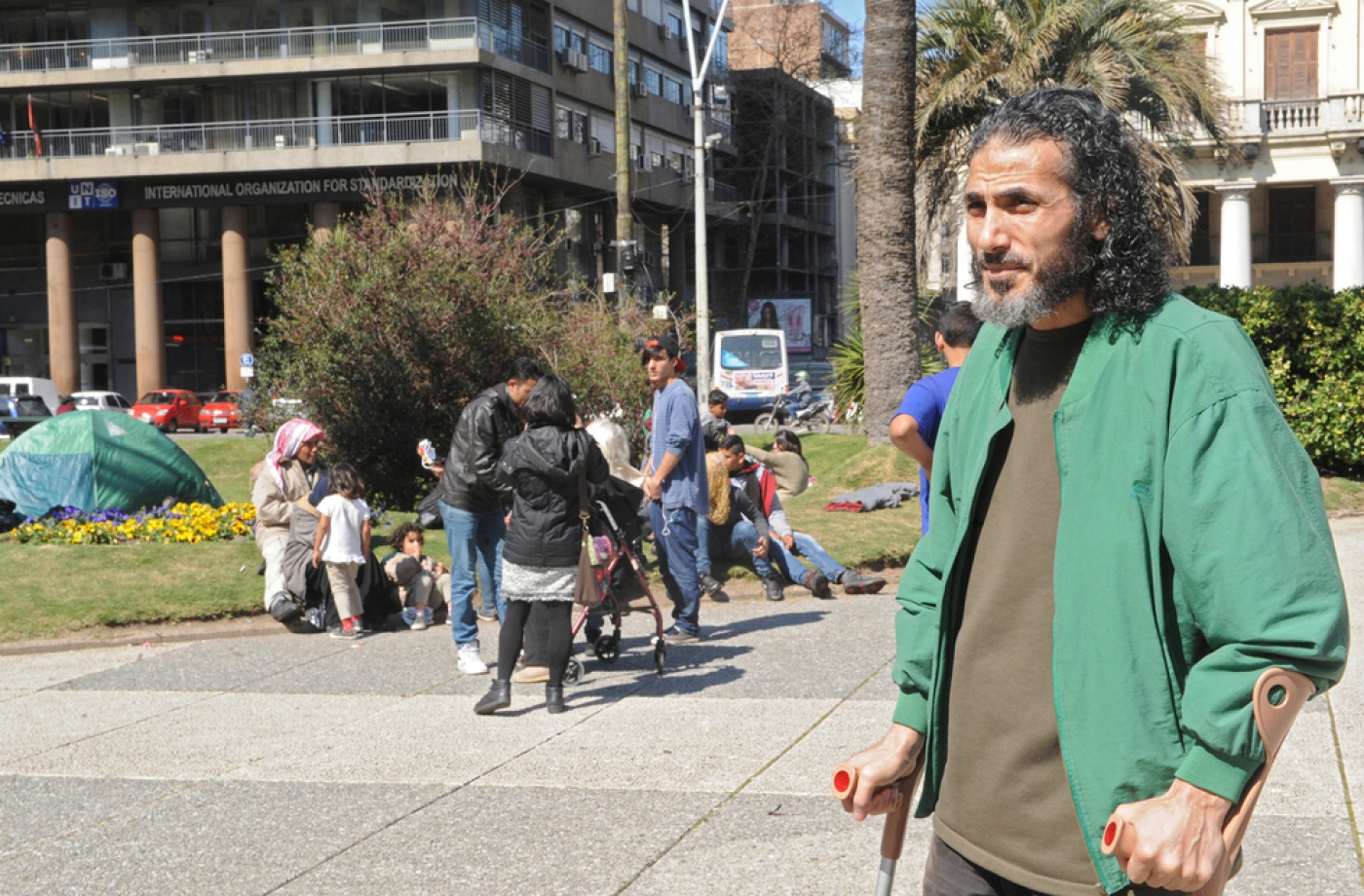 Diyab reappeared in Caracas on 1 August, more than a month after vanishing from house Uruguayan government provided for him (AFP)
By
AFP

A US rights activist on Wednesday condemned the detention conditions of a former Guantanamo Bay inmate who was arrested in Venezuela after going missing in Uruguay, where he had been resettled.

Jihad Diyab, a 44-year-old Syrian who was resettled in Uruguay as a refugee in 2014, has been jailed at the headquarters of the Venezuelan secret police after going off the radar in Uruguay then travelling to Venezuela, apparently evading border control.

He is being denied access to a lawyer and rights activists are worried about his health, said Andres Conteris, spokesman for a group that works to defend the rights of Guantanamo inmates and ex-inmates.

Conteris travelled to Caracas to visit Diyab, but was denied access, he said.

"We have filed a complaint" with the Venezuelan authorities, he told AFP.

"We tried everything possible to arrange a visit. We were unable to. It's sad. He's still being held incommunicado," he said.

Diyab reappeared in Caracas on 1 August, more than a month after vanishing from the house the Uruguayan government provided for him.

His disappearance fuelled criticism of US President Barack Obama's push to resettle Guantanamo detainees and close the prison.

The US special envoy for Guantanamo closure, Lee Wolosky, faced a grilling before a congressional committee in July in which Obama's Republican opponents suggested Diyab was plotting new attacks.

Uruguay said Diyab showed up at its Venezuelan embassy asking to be taken to Turkey to reunite with his family.

Venezuelan authorities have not issued any statement on his detention.

His lawyer, Jon Eisenberg, said Venezuela has ignored his requests to speak to his client by phone.

"I am currently attempting to find an attorney in Caracas who has experience with the Venezuelan legal system... and can assist in the effort to make contact with Diyab," he said in an email to AFP.

Diyab was one of six Guantanamo detainees released and resettled in Uruguay as part of Obama's effort to fulfil a long-delayed promise to close the prison set up in the wake of the 9/11 attacks.

The men - four Syrians, a Palestinian and a Tunisian - were never charged or tried, and had been cleared for release, but could not be sent to their home countries because of unrest there. Guantanamo
US transfers nine Yemenis from Guantanamo to Saudi Arabia