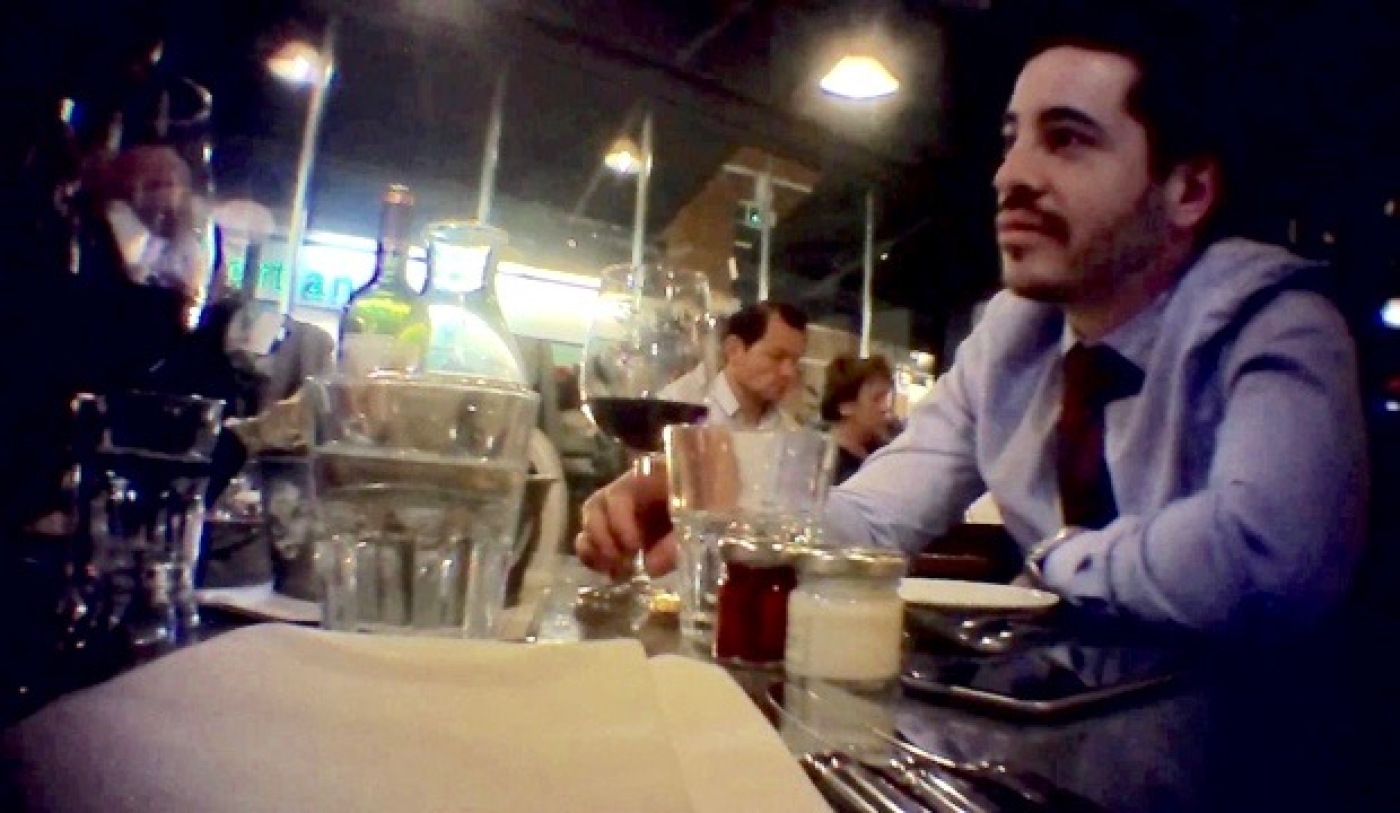 LONDON - A senior political officer at the Israeli Embassy in London has been secretly filmed talking about how he would like to "take down" UK foreign office minister Alan Duncan, a vocal opponent of illegal Israeli settlement building in the West Bank.

He said Duncan, who is one of the few Conservative ministers to speak out over settlements, was causing "a lot of problems". He also called Boris Johnson, the foreign secretary, "an idiot".

In a separate conversation with the embassy staffer, Crispin Blunt, the chairman of the Commons Foreign Affairs Committee, was described as being "on the hit list" for his views which were "strongly pro-Arab rather than pro-Israel".

The revelations provoked an immediate political reaction, with Desmond Swayne, a former Conservative minister and parliamentary aide to former prime minister David Cameron, calling for the incident to be "investigated thoroughly".

"What we cannot have is Israel acting in the UK with the same impunity it enjoys in Palestine," he told Middle East Eye. "This is clearly interference in another country's politics of the murkiest and most discreditable kind."

In a statement on Saturday night, the Israeli embassy said that Mark Regev, Israel's ambassador to the UK, had spoken to Duncan to apologise and that Regev had made clear that the embassy considered the remarks to be "completely unacceptable".

A spokesperson for the UK's foreign office also confirmed that Regev had apologised.

"The Israeli ambassador has apologised and is clear these comments do not reflect the views of the embassy or government of Israel," he said. "The UK has a strong relationship with Israel and we consider the matter closed."

The undercover recording, which exposes how Israeli influence extends to senior levels of the governing Conservative Party, also includes a conversation in which an assistant to another Conservative minister described how she used her position to plant parliamentary questions supportive of Israel.

The conversation was filmed by Al Jazeera's investigative unit at a restaurant in London last year and features Shai Masot, the embassy's political officer, and Maria Strizzolo, a former parliamentary assistant to Robert Halfon, a junior education minister and former Conservative Party deputy chairman. She also mentions meeting Masot's bosses at the Ministry of Strategic Affairs several times in Israel.

Speaking to an undercover reporter posing as a pro-Israel political activist, Strizzolo boasted of how she had taken on Halfon, the MP for Harlow in Essex, when he was a backbencher: "And now look at him, he's a minister, so I'm not too crap!"

Masot, who in an online profile deactivated on Saturday described Niccolo Machiavelli as his "God," then asked her whether she could do the opposite: "Can I give you some MPs that you can take down?"

Strizzolo, who is now a UK government employee working at the Department for Education's Skills Funding Agency, replied: "Well you know, if you look hard enough I'm sure that there is something they are trying to hide."

Strizzolo said: "Let’s talk about it."

Masot then told the reporter: "No, she knows which MPs I want to take down."

Strizzolo replied that it would be good to remind her, and Masot then said: "The deputy foreign minister."

This did not come as a surprise to Strizzolo, who replied: "You still want to go for it?"

Masot said: "No, he's doing a lot of problems."

Strizzolo then recounted an encounter between Duncan and Halfon, her boss, in which she alleged that Duncan had threatened to "destroy" him. Halfon allegedly reported the incident to the party whips, who told him to "calm down".

The conversation about what to do about Duncan then continued, with Masot saying: "Never say never, yeah but ...", and Strizzolo suggesting: "A little scandal maybe?"

In response to the revelations, Crispin Blunt told MEE that the "Israelis need to explain what's going on.

"While this apparent activity of a representative of a foreign state in the politics of the United Kingdom is formally outrageous and deserving of investigation, the real questions should be for the state of Israel itself," he said.

"Israel's future peace and security is not being served by ignoring the substantial peace lobby in both Israel and the worldwide Jewish community and working to undermine those foreign politicians who share that perspective."

Duncan became a target for Israel in 2014 when he produced a blistering attack on Israeli settlements in the West Bank, which he said amounted to a wicked cocktail of occupation and illegality, a system akin to apartheid which brought shame on the Israeli government.

The speech was one of the strongest attacks on Benjamin Netanyahu's government by a British front-bench politician.

Duncan said: "Settlements are illegal colonies built in someone else's country. They are an act of theft, and what is more something which is both initiated and supported by the state of Israel."

BDS is not the only tactic against Israeli occupation, but it is working

The exchange about Duncan is among hours of conversations recorded over a period of months, which reveal how Masot sought to manipulate the political debate over Israel and Palestine within both the Conservative Party and the opposition Labour Party.

The Al Jazeera reporter gained Masot's trust and infiltrated his circle so effectively that he was offered a job by the embassy to help combat the Boycott, Divestment and Sanctions (BDS) campaign in Britain.

The strategy, which is described in the tapes by a senior member of AIPAC, the influential pro-Israel lobbying organisation in the US, is to detach Britain from pro-Palestinian sentiment in Europe and bring the UK closer to the US.

The strength of Conservative support for Israel was highlighted last week in comments by a spokesperson for Prime Minister Theresa May, which appeared to criticise US Secretary of State John Kerry's recent speech in which he said that Israeli government policy was being driven by "extreme elements".

"We do not believe that it is appropriate to attack the composition of the democratically elected government of an ally," the spokesperson said.

The Daily Mail featured a response critical of May headlined, Poisonous conduct is a disgrace: Minister who served in David Cameron's government says it is time to end the problem of Israel buying UK policy, in which a former minister wrote: "The reason is clear: the Conservative Party wants pro-Israel donors' money, and principle in the Government's foreign policy has been relegated.

"Lots of countries try to force their views on others, but what is scandalous in the UK is that instead of resisting it, successive governments have submitted to it, taken donors' money, and allowed Israeli influence-peddling to shape policy and even determine the fate of ministers. Even now, if I were to reveal who I am, I would be subjected to a relentless barrage of abuse and character assassination," the former minister wrote.

"It now seems clear people in the Conservative and Labour parties have been working with the Israeli embassy which has used them to demonise and trash MPs who criticise Israel; an army of Israel's useless idiots in Parliament. This is politically corrupt, and diplomatically indefensible," the former minister wrote, concluding that: "We need a full inquiry into the Israeli Embassy, the links, access and funding ... and an undertaking from all political parties that they welcome the financial and political support of the UK Jewish community, but won't accept any engagement linked to Israel until it stops building illegally on Palestinian land."

The tapes also expose how the Israeli embassy has helped to establish, and in some cases has directly funded, a number of organisations that claim to be independent of it. This includes the Union of Jewish Students and a group for aspiring diplomats called Young Diplomatic London, to which Masot was on the executive committee

Strizzolo said that "pretty much" all Tory MPs belonged to the CFI, including Theresa May, Chancellor of the Exchequer Philip Hammond and Boris Johnson.

She also claimed credit for a question asked by Halfon at the time of the kidnap and suspected murder by Hamas of three Israeli settler youths in the West Bank in June 2014.

The incident contributed to tensions which led to Israel's assault on Gaza the following month in which more than 2,000 Palestinians died, according to United Nations figures.

Strizzolo, who was in Israel with the CFI at the time, said: "And I was on the phone with Rob [Halfon] to convince him to table a question for Prime Minister's Question Time, paying tribute ..."

The reporter interrupted: "Did he do it?"

Strizzolo continued: "Yeah. And also tabled in an urgent question to ... get a statement from the government on the three kids."

Halfon spoke about the incident in parliament on 2 July 2014, putting the following question to then-prime minister David Cameron: "The world has seen the tragic and brutal murders of three Israeli youngsters, most probably by Hamas.

Cameron replied that he knew Halfon to be "passionate about these issues," but said that security operations needed to be conducted with care to avoid further escalation.

"It is very important that Britain will stand with Israel as it seeks to bring to justice those who are responsible. The people responsible for this should be found and brought to justice," he said.

Strizzolo also revealed she "prepared everything" for MPs so it was hard for them to say no.

"So you literally prepare everything for them, it's harder for them to say: 'Oh no, I don’t have the time, you know.' So if they already have the questions to table for PMQs, it’s harder to say, 'Oh no, no, no, I won’t do it.'"

Halfon had not responded to requests for comment at the time of publication.

Masot, a former major in the Israeli navy, described his position at the embassy as a "political posting" and explained that he was not a "career diplomat".

He said he worked for the Ministry of Strategic Affairs, which was set up by Netanyahu to conduct what has been described in Israel as a secret war against the BDS movement.

Masot said Mark Regev, the current Israeli ambassador to the UK, was a friend, though in a revealing episode he hinted that he considered him too dovish.

"Mark Regev, he's all the time asking me, yeah he's a good friend," he said.

In a statement, Strizzolo said her conversation with Masot had been "tongue in cheek and gossipy" and had taken place "in a social context".

"Any suggestion that I, as a civil servant working in education, could ever exert the type of influence you are suggesting is risible," she added. 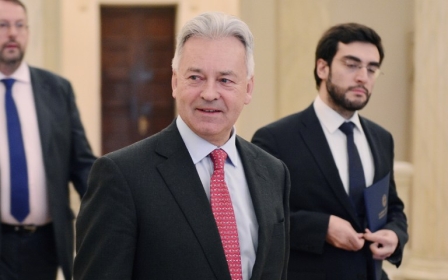 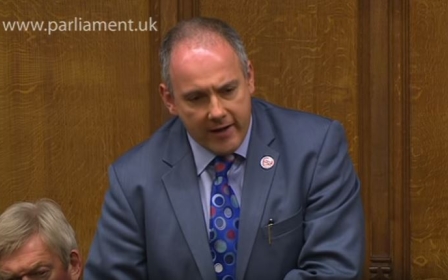 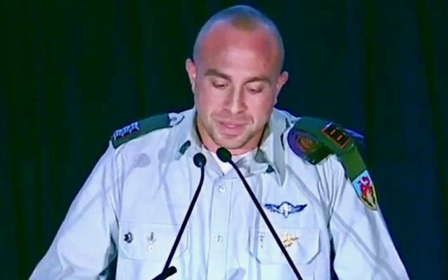