Human Rights Watch (HRW) has called on Qatar to repeal the controversial Kafala sponsorship system and criticised its treatment of workers, following two days of rare strikes by South Asian labourers over exploitative working conditions inside the Gulf state.

Images posted online showed hundreds of workers, mainly from Bangladesh, blocking the Dukhan highway, which runs west of the capital Doha, in opposition to their company not paying them their salaries.

Qatari security services in riot gear could be seen observing the protests but not stopping the demonstrations from taking place. The controversial Kafala sponsorship system states that employees are unable to change jobs without explicit permission from their current employers who sponsored their work visa.

It also gives employers power over the workers' movements and gives them the final say on when workers can leave the country.

"To see hundreds of migrant workers going on strike despite a ban on their right to strike goes to show how little has improved for workers on the ground," Hiba Zayadin, who focuses on Gulf rights for HRW told Middle East Eye.

"The government's reaction to the strikes, wherein it allowed the migrant workers to protest and promised to 'find solutions' is indicative of Qatar's sensitive position three years ahead of the World Cup.

"But if Qatar wants to avoid bad press, it should be doing more to bring about real change for migrant workers."

Zayadin also called on Qatar to revoke the Kafala system "that leaves workers vulnerable to exploitation" and enforce existing laws designed to protect workers from abuse.

A local trade union activist who wished to remain anonymous confirmed to MEE that protests had taken place last Sunday and Monday.

They added that the protests were not related to projects for Qatar's hosting of the 2022 soccer World Cup.

"The protests took place in a number of places including Labour City, which houses many companies. Workers residing in Labour City belong to big companies and projects," the trade union official told MEE.

"Workers from the Iskan company went on strike on 4 August. They are not working on any World Cup site, and work on the Asghal road projects. Their salary was delayed by two months.

"Workers are telling me that thousands of workers, most of whom came from Bangladesh, mobilised and blocked the highway," he said.

The trade union official added that Qatar's Labour Ministry intervened and the issue had begun to be resolved "slowly" after the protests.

Another labour activist who operates inside Qatar, where trade unions are banned, also confirmed to MEE that the government had ordered the Iskan company to pay their workers what they were owed.

The activist could not confirm how much money was given to the workers.

The Iskan company did not reply to requests for comment at the time of writing.

One worker who spoke to HRW said that between 800 to 1,000 employees refused to report to work on 5 August.

The employee said that management had threatened to deport workers if they refused to sign new contracts which substantially reduced wages.

The protests come as Doha continue to face criticism for its treatment of migrant workers ahead of the World Cup.

Among the complaints given by workers over their treatment by employers are confiscation of passports, recruitment fees, late or no payment of wages, and a ban on trade unions.

One of the main sources of criticism towards Qatar is its continued use of the Kafala system.

Doha has repeatedly vowed to remove the Kafala system but has failed to do so since being awarded the World Cup.

The emirate has introduced some labour reforms since 2017 to meet international standards, but rights groups say these are often not enforced.

The reforms include setting a temporary minimum wage, introducing a law for domestic workers, setting up new dispute resolution committees, collective bargaining, and ending the requirement that most workers have to get an exit permit through their employers to leave the country. 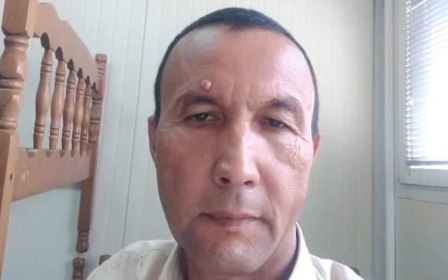