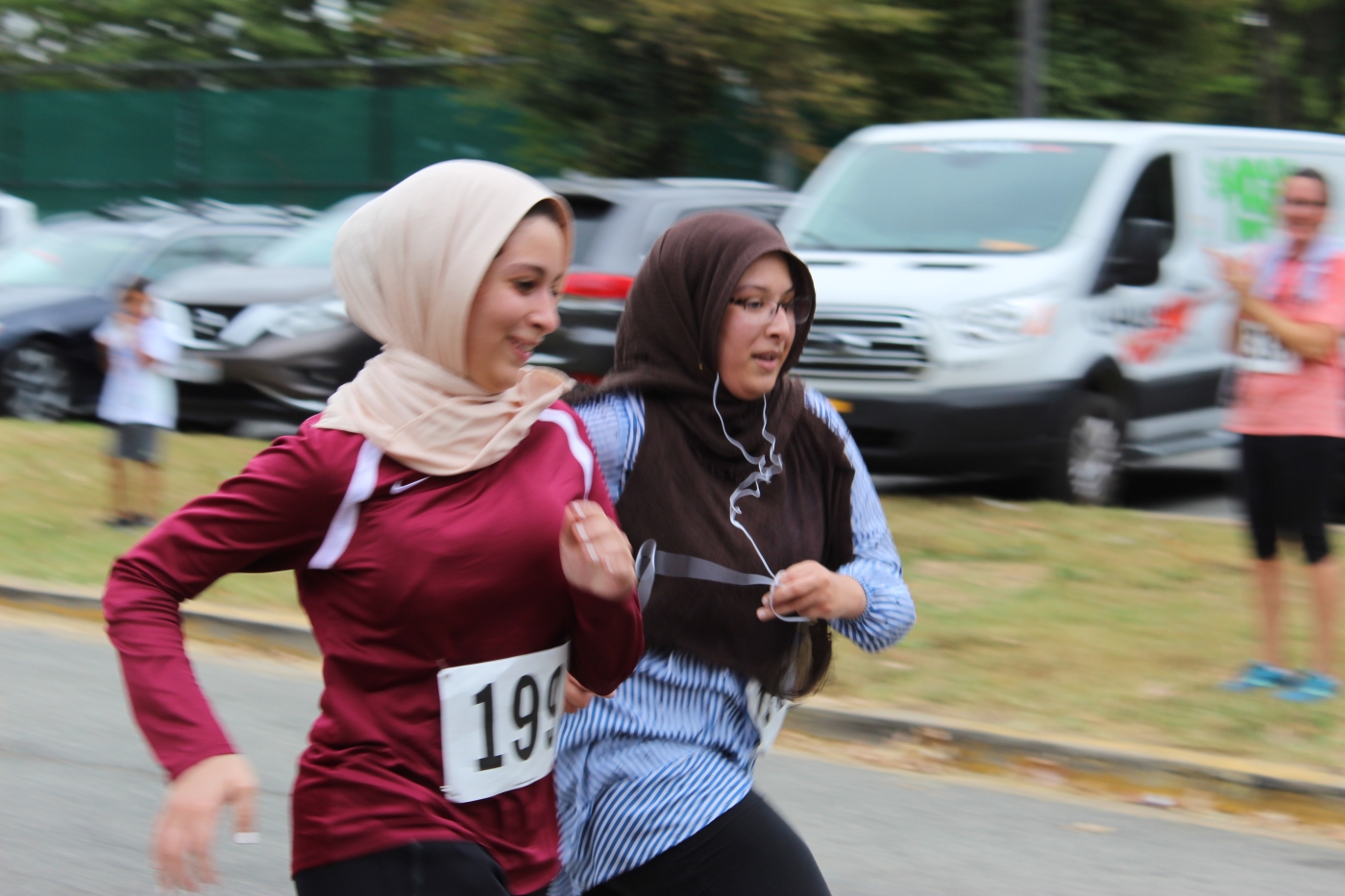 George Zeidan helped start the Palestine Marathon in 2013, not knowing his project would one day go global.

In the six years since the marathon was founded, it has attracted tens of thousands of runners from all over the world.

The race has also been successful in spreading the word about how Palestinians live and how restricted their movements are, but this year, Zeidan saw a more pressing cause.

Since the US ended its 70-year relationship with UNRWA, the organisation now faces a massive funding crisis and its education, health and food programmes are severely at risk.

Reaching out to UNRWA USA's director of communications, Laila Mokhiber, Zeidan sought to collaborate on something that might raise more funds to help ease the financial crunch.

And so, the Relay Run for Refugees was born.

With the Statue of Liberty standing proud across the waterway, 12 runners began a five-day trek that would cover 250 miles from New York's Battery Park to Washington DC's Lincoln Memorial and US Capitol building.

While 17 people signed up to do the relay run, five runners were denied visas to enter the US. Zeidan was one of those, despite having finished his undergraduate work, a Fulbright Fellowship and his graduate degree in the United States.

He had just arrived back in Bethlehem in August, after completing his master's degree at the University of Southern California earlier this year.

"It's really ironic because his group is called Right to Movement, but even though he's a product of the US education system ... for some reason that no one understands, he was not allowed to come back to the US," Mokhiber told Middle East Eye.

Still, the group of 12 runners who were able to make the five-day trek have so far raised $56,000 for UNRWA.

Rami Khalaf, manager of the runners at Relay Run for Refugees, said he did not think most American's would support US President Donald Trump's decision to cut UNRWA funding if they knew how important it was to the lives of millions of Palestinian refugees.

"Everyone we have met in the US has been really interested in what we are doing. They all asked how they can help and were really kind to all of us and concerned about our cause," Khalaf said, sweat still dripping down his face as he spoke to MEE at the end of the 250-mile relay.

"Some people offered us water and other supplies, they donated whatever they could to us and to the UNRWA fund. It has been amazing," Khalaf said.

Rania Qawasma, a Palestinian from the occupied West Bank, spent most of her childhood in UNRWA schools. After living in the US for the last 20 years, she still feels a sense of dedication to the organisation she credits for much of her success in life.

"When I tell my story, and people see the impact of UNRWA, everyone is surprised and actually sickened by the idea that this programme is struggling so hard after the US funding cuts," Qawasma said, adjusting the Palestinian kuffiyeh scarf tied around her waist.

After completing her primary education at UNRWA schools, she went on to complete a degree in architecture in the West Bank before coming to the United States to do her masters.

"I have been living here ever since," Qawasma said.

"I'm an architect living in Seattle now. I work on affordable housing and social equity in architecture, but without UNRWA schools, I don't know where I would be. UNRWA provided me and my family with health care, our summer programmes were through UNRWA, and I was empowered through UNRWA teachers to be able to make my dreams come true," Qawasma said.

The runners arrived in Washington on Wednesday and had two days to rest before UNRWA USA's next DC race.

The Gaza 5K is an annual walk/run hosted by UNRWA USA that brings together members of the American community to show solidarity with Palestine refugees in the Gaza Strip.

The run was founded in 2012 to fund UNRWA's Community Mental Health Programme that provides access to care for Palestine refugee children in the enclave.

"We expect even more donations to come in during the next few days though," Harley Dority, UNRWA USA's events and development associate told MEE.

Amer Zahr, a Palestinian-American comedian and professor, was the emcee of the event, standing at the finish line with microphone in hand, cheering runners on as they completed the race.

Zahr travelled to DC from Michigan for the occasion, he said, sitting at a picnic table after the run, while Palestinian national music blared in the background.

"UNRWA has been part of most Palestinians' lives, especially my own family - my dad was an UNRWA alumni - UNRWA education was what allowed him to go to college, get a Phd, have a great job and create a great life, so that's the reason that in many ways I am here today," Zahr said.

Zahr was critical of the Trump administration and said the decision to cut UNRWA funding was part of a pressure campaign to force Palestinian officials into caving to US demands.

"Donald Trump, when he became president, tried to force Palestinians into deal-making," Zahr said. "The UNRWA cut is just part of a greater campaign that the Trump administration is undertaking to punish Palestinians for not basically surrendering to all the demands of the Israelis and the United States.

"UNRWA needs our support always, but after these cuts it needs it now more than ever," Zahr said.

There were several age categories in the race, but the overall winner was Kai Wiggins, a policy analyst at the Arab American Institute.

Women, men and children of all ages participated in the run, which was followed by a tradtional Palestinian dance party where attendees were taught dabka.

Still, while both runs were able to raise an impressive amount of money for UNRWA programmes, it doesn't come close to the $360m the US cut last year, UNRWA USA's Mokhiber said.

"As a result, we are trying to step up our game as a US NGO to try and rally support from the American public and to demonstrate to our lawmakers that we are US taxpayers who want our tax dollars to also support this agency," Mokhiber said. "It's imperative."