Prominent rebel Suheil Hammoud, aka Abu TOW, tells MEE he is planning his journey to eastern Europe 'to confront Russian forces along with my Ukrainian brothers' 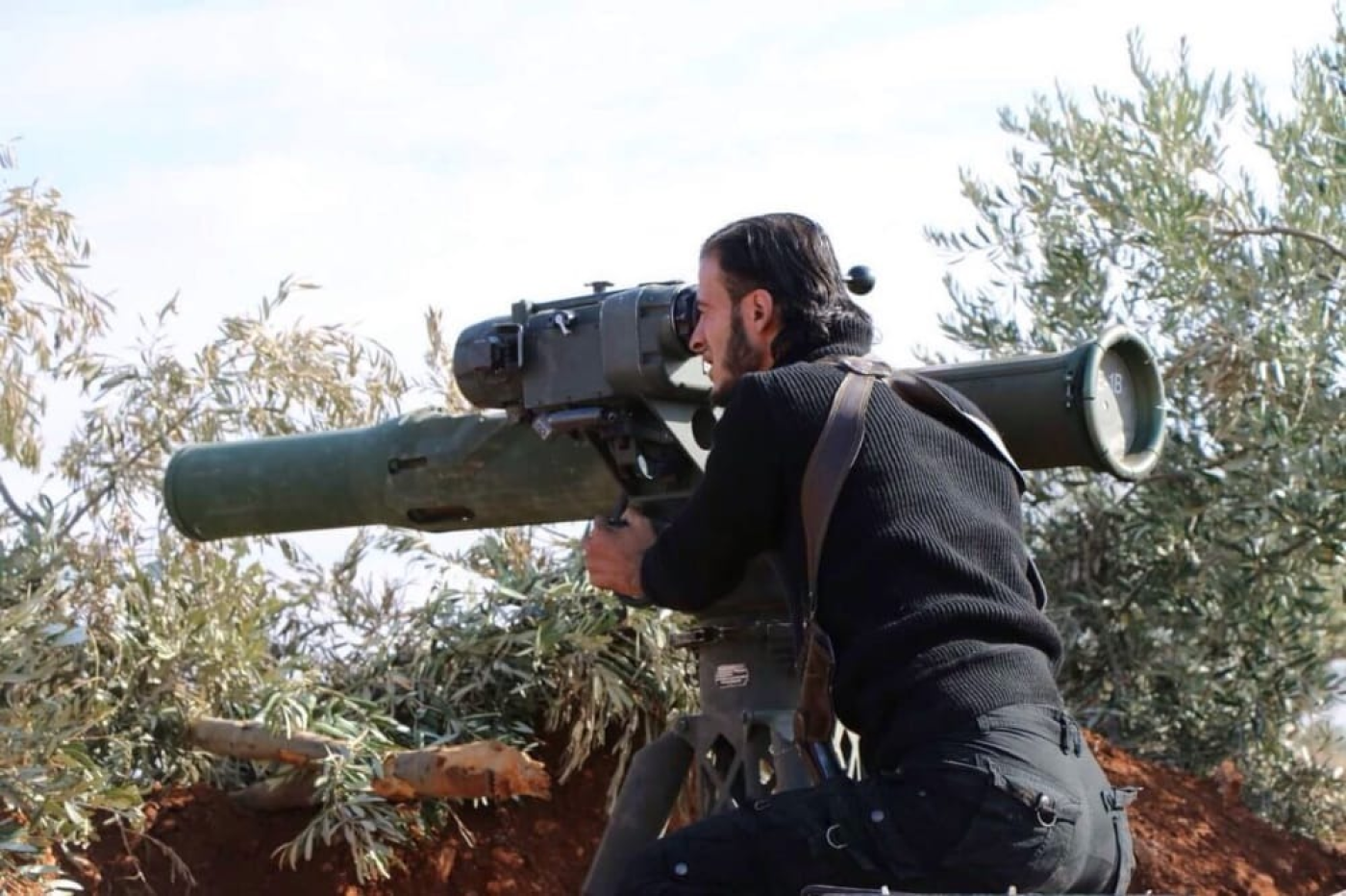 Foreign fighters from various countries have begun making their way to Ukraine in response to Kyiv’s call for help fighting the Russian invasion – but for Syrian rebels seeking passage to eastern Europe, the battle is intensely personal.

Several Syrian fighters in northern Syria and Turkey told Middle East Eye they were trying to travel and take up arms against Russia.

Since 2015, Moscow has been waging war in Syria on behalf of President Bashar al-Assad, and while Russian warplanes stage occasional air strikes, the front between opposition-held and Damascus-controlled territory has cooled in recent years.

The opportunity to take revenge on Russia elsewhere has been too good to miss for some rebels. Particularly, some say, as foreign-brokered ceasefire agreements have restricted them from launching attacks on Russian forces in Syria.

So far, the most prominent rebel to announce his intention to fight for Ukraine is Suheil Hammoud, a man commonly known by his honorific nickname Abu TOW, a nod to his prolific record using anti-tank missiles.

“I am in touch with several sides to get out of Syria and reach Ukraine, to confront Russian forces along with my Ukrainian brothers,” Hammoud told MEE from Syria’s northwestern opposition enclave of Idlib.

“I am trying to go in person in any way. I don't plan on going with my entire team, for their safety.”

Russia massed nearly 200,000 troops on Ukraine’s border before beginning its attack on Thursday. It is believed more than a third of those forces are now in Ukraine.

The Ukrainians have defended well so far. During the first 24 hours of the invasion, the Russian army incurred more losses than during the eight years in the Syrian war, according to the Economist. But already Russian bombing is become fiercer and more indiscriminate.

“It's definitely a tough and fierce battle, yet I'm ready to fight until the last Russian soldier in Ukraine, or until the fighting returns in Syria,” Hammoud said.

“The fronts are inactive here in Idlib. Russia is unable to launch an attack in Syria in parallel with the Ukraine attack and Syrian forces are not capable of launching an attack on their own.”

'Russia must be fought anywhere in the world'

Now five days into the Ukraine war, observers are looking to Syria to draw conclusions about what might happen next. The portents are not good.

Russian forces have been involved in killing about 7,000 civilians in Syria, according to the Paris-based Syrian Network for Human Rights. They also targeted around 1,300 vital facilities in rebel-controlled areas, including several hospitals.

Alaa Qatarmez was a sergeant in the Syrian army until 2012, when he defected to the opposition. He told MEE that he too plans to go to Ukraine.

“I left the rebels two years ago and now work as a vendor in Idlib because of the lack of battles,” said Qatarmez, using a pseudonym for security reasons.

'We have old vengeance against Russia, which history cannot erase'

“We have innocent civilians, including children, who were killed by the attacks of Russian forces, so Russia must be fought anywhere in the world.”

Like many other rebels and former fighters, Qatarmez has sought help travelling to Ukraine on Facebook groups.

“I'm trying to get in touch with a Ukrainian embassy to go, or at least fighters there. I'd like to give them some of the experience we got during the war,” he said.

“We have old vengeance against Russia, which history cannot erase. I eagerly await the day when Russia will collapse.”

Any expectations that Syrian rebel forces might use Russia’s distraction in Ukraine as a chance to launch an offensive and regain some of the territory it lost after Moscow’s intervention should be dampened.

Though on opposing sides in both Syria and Ukraine, rebel-backer Turkey and Russia have a pragmatic relationship that has held Syria’s northwest in a quasi-stalemate. Ankara, a member of Nato and ally of Kyiv, is proving a forceful critic of Russia and has provided material support – most notably Bayraktar TB2 combat drones.

But it is also treading a careful line, unwilling to provoke major escalation. There is little chance it would allow Syrian rebel groups it backs to attack Russian forces, or even Assad’s. Besides, what is left of Syria’s opposition is a fractured, rag-tag group of competitive forces, the most powerful of which are militant pariahs. 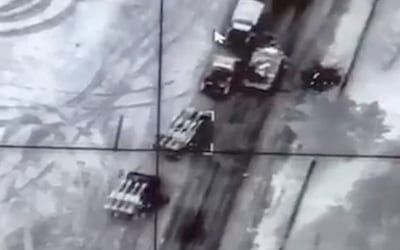 That hasn’t stopped some of the nearly four million Syrian refugees in Turkey from hoping for a fightback.

“We are tired of our status as refugees. I have relatives held in Assad's prisons, and others who have been killed by Russian attacks must be avenged,” one told MEE, speaking anonymously due to security concerns.

“I hope that an organised attack against Russia will begin in Syria, to fight in my country,” he added.

“But we have no leaders or an organised army, it is just sporadic factions, some of which are Islamist, which raises the concerns of the local population and western supporters.”

The contrast between Ukraine’s potent resistance over the past few days and the collapse of the Syrian opposition cause in recent years has been galling for the refugee.

“Ukraine has an organised army that wants to fight. Even Ukrainian politicians have taken up arms to fight the Russians, while our ineffective politicians were the first to flee Syria, 11 years ago,” they said.

Though the Turkish-backed Syrian National Army (SNA) rebel grouping on Tuesday denied it was unable to attack pro-Assad forces because of the ceasefire, fighters who have broken the truce previously have been punished.

Last month, the release of one rebel leader, who had been expelled from the SNA and imprisoned for nearly two years for violating the truce and launching an attack on a government-controlled area, was met with celebrations by many rebels. The lack of room to fight in Syria likely only increases the will to wage war in Ukraine.

“There are hundreds of fighters who would like to go to Ukraine, but it is up to our Turkish ally. Will it open the borders?” Abu Amin, who monitors Russian and Syrian warplanes under the name Observatory 80, told MEE.

“There are young men who may go as volunteers because it is a great opportunity to take revenge on the Russian forces when they cannot launch an attack here.”

Perhaps, he suggests wishfully, a Russian defeat in Ukraine could also turn the tables in Syria.

“If the Russian forces in Ukraine are defeated, they will withdraw from Syria, and this means that the rebels will reach Assad's palace within weeks, ending the suffering of the Syrians forever,” Abu Amin said. 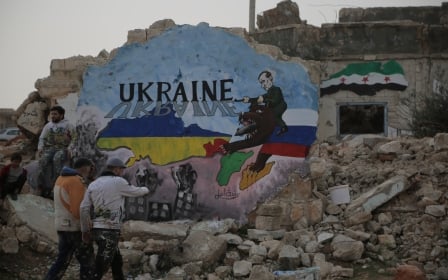 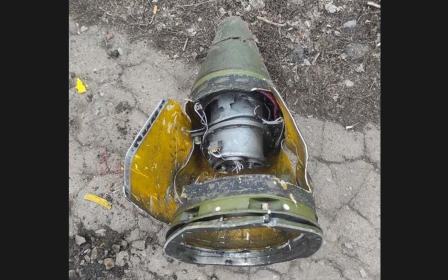