A Russian serviceman stands guard in the port of Mariupol on 29 April 2022, amid the ongoing Russian military action in Ukraine (AFP)
By
MEE staff

Turkey is in talks with Russia to establish a safe corridor for blocked Ukraine grain exports via Istanbul, Foreign Minister Mevlut Cavusoglu said on Tuesday.

Moscow's Foreign Minister Sergei Lavrov will visit Turkey on 8 June, Cavusoglu said, in a bid to advance plans on unblocking grain exports from Ukraine, which have been obstructed by the Russian war.

Speaking to Anadolu Agency’s editors in a televised roundtable, Cavusoglu said he will hold talks with Lavrov "on the issue of opening a security corridor that also includes (shipping) of wheat in the Black Sea".

"This is the most important question. We are focussing on this. We are planning to establish a centre in Istanbul to observe the corridor," Cavusoglu said, adding that Lavrov will be accompanied by a military delegation. 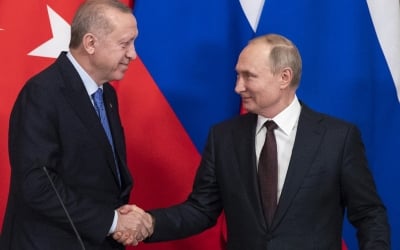 The announcement comes a day after Russian President Vladimir Putin and his Turkish counterpart Recep Tayyip Erdogan spoke on the phone over a range of issues.

Moscow was ready to work with Ankara to free up maritime shipping, Putin told Erdogan according to a Kremlin read-out of the call.

Putin added his country was ready "to contribute to the unimpeded maritime transit of goods in coordination with Turkish partners. This also applies to grain exports from Ukrainian ports."

Russia's offensive in Ukraine and western sanctions have disrupted supplies of wheat and other commodities from the two countries, fuelling concerns about the risk of shortages and hunger around the world.

About 30 percent of the global wheat supply is produced in Russia and Ukraine.

Kyiv had the capacity to export up to six million tonnes of wheat, barley and maize a month before the war. Exports dropped to 300,000 tonnes in March and 1.1 million in April.

Ankara was ready to take on a role in an "observation mechanism" between Moscow, Kyiv and the United Nations, Erdogan told Putin in the Monday call, without making a reference to food supplies.

Russian control of Ukranian ports has blocked dozens of container ships and choked off exports of wheat, sunflower oil and other produce.

Mines placed by both warring sides in the Black Sea has also hindered navigation. 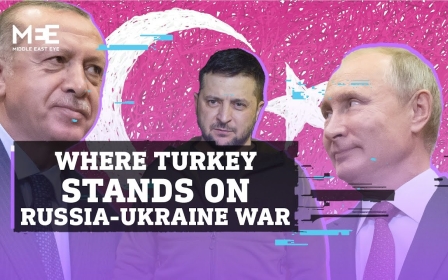