Michael O'Leary, 58, has previously made controversial statements about disabled and obese people (AFP)
By
MEE staff

A Muslim charity has condemned Michael O'Leary, the chief executive of Ryanair, after remarks he made that single Muslim men should be targeted for security profiling at airports.

In an interview with The Times newspaper on Saturday, O'Leary said he believed "terrorism" suspects are usually likely to be single Muslim men rather than those travelling with families.

"Who are the bombers? They are going to be single males travelling on their own," he said.

"If you are travelling with a family of kids, on you go; the chances you are going to blow them all up is zero.

"You can't say stuff, because it's racism, but it will generally be males of a Muslim persuasion.

"Thirty years ago it was the Irish. If that is where the threat is coming from, deal with the threat," he said.

O'Leary, 58, an Irishman who has worked for Ryanair for more than 30 years. He has previously made controversial statements about disabled and obese people.

The Muslim Council of Britain (MCB), the country's largest Muslim charity, criticised the remarks as "racist and discriminatory".

"He openly advocates discrimination against 'males of a Muslim persuasion,' which presumably is not based on specific intelligence but solely whether someone 'looks or acts like a Muslim'. This is the very definition of Islamophobia," an MCB spokesman said.

Labour MP Khalid Mahmood, himself a Muslim, said O'Leary was stoking racism with his comments.

"He's effectively saying 'everyone is game - if they look like a Muslim then they must be a terrorist,' he said.

"It doesn't improve community relations; it gives succour to people of a fascist mindset.

"In Germany this week a white person killed eight people. Should we profile white people to see if they're fascists? He's being very blinkered and is actually encouraging racism." 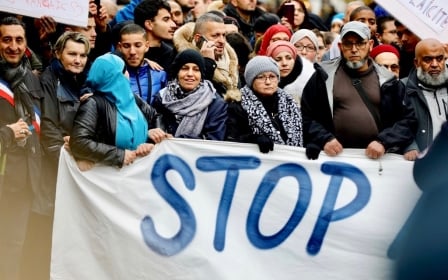