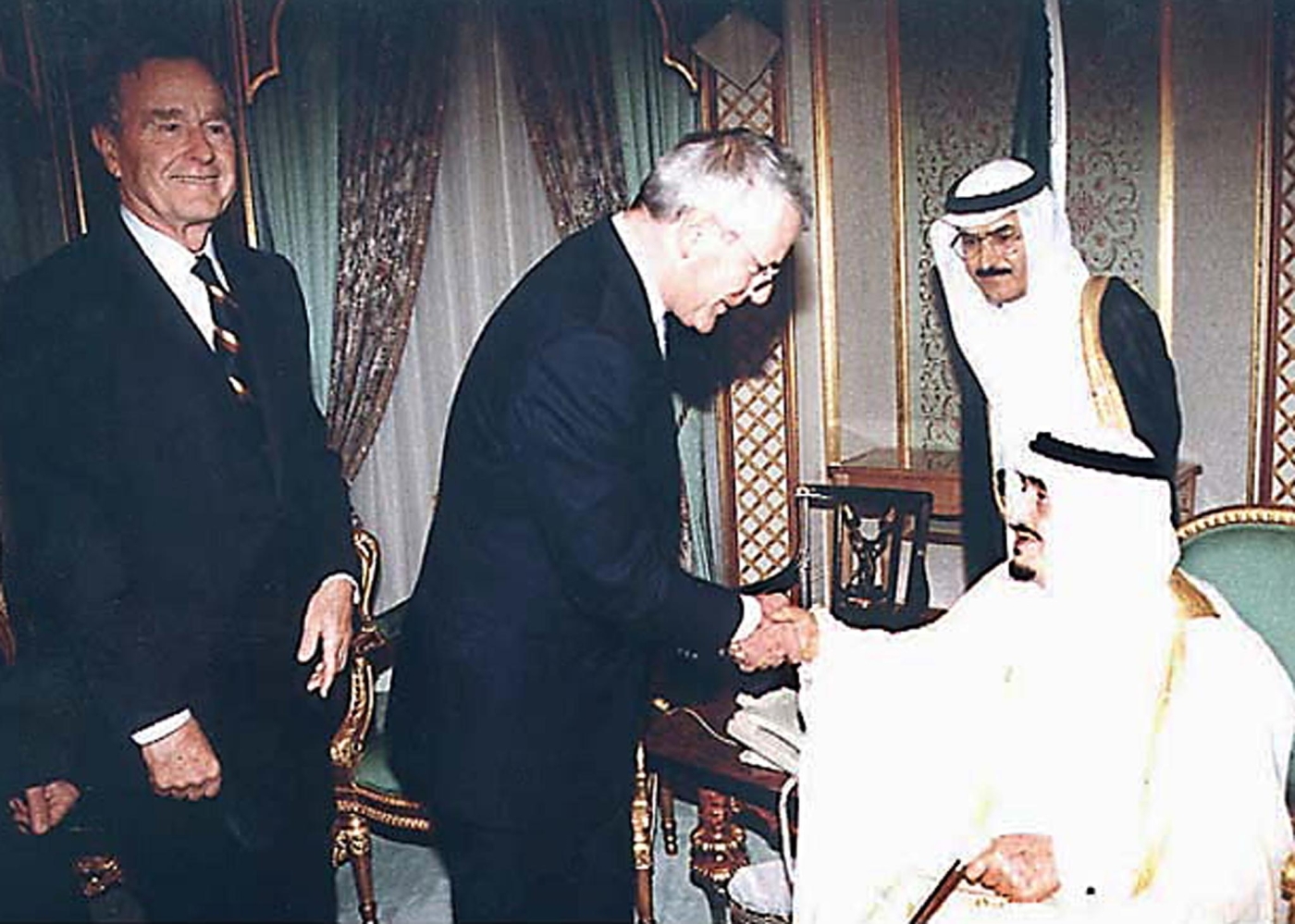 British diplomats considered Saudi Arabia's King Fahd bin Abdul Aziz to be a "not liked but respected" leader who was said to "react badly to contrary advice", and noted that then-Crown Prince Abdullah bin Abdul Aziz "stammers badly when shy", according to newly declassified documents made public on Thursday.

The colourful character assessments of senior Saudi royals, which also describe their interests and pastimes including horse-racing, skiing and classical music, were prepared by civil servants for then-Prime Minister John Major ahead of a trip to Saudi Arabia in September 1994.

The memos also describe King Fahd, Saudi's ruler from 1982 to 2005, as "no intellectual" but say that he is "extremely shrewd and has learnt by experience", and is "progressive within the limits imposed by the Islamic nature of Saudi Arabia".

Major was passing through Saudi Arabia on his way to South Africa, but the documents suggest that his Saudi stopover was considered a lucrative opportunity for the British government to secure large arms deals.

Major was hoping to persuade King Fahd to agree to arms contracts worth billions of dollars, including the sale of 20 Hawk training aircraft worth £320m ($400m), which were part of the controversial Al-Yamamah agreement signed in the 1980s, the UK's largest ever arms deal.

The documents note that the UK's contribution to the 1991 Gulf War, in which US-led forces using Saudi Arabia as a base fought Iraqi forces which had invaded neighbouring Kuwait, had "enhanced [the king's] good opinion of the UK".

"A moderate, who prefers consensus to disagreement, but can be steely when necessary. His firm decision to invite foreign troops following Iraq's invasion of Kuwait against the advice of many in the Royal Family was correct and courageous," they say.

The king was "firmly committed to the West and especially to the USA," they add.

But they also allude to the fact that he was hesitant to act upon the controversial question of constitutional change and "hardline Islamist pressures". 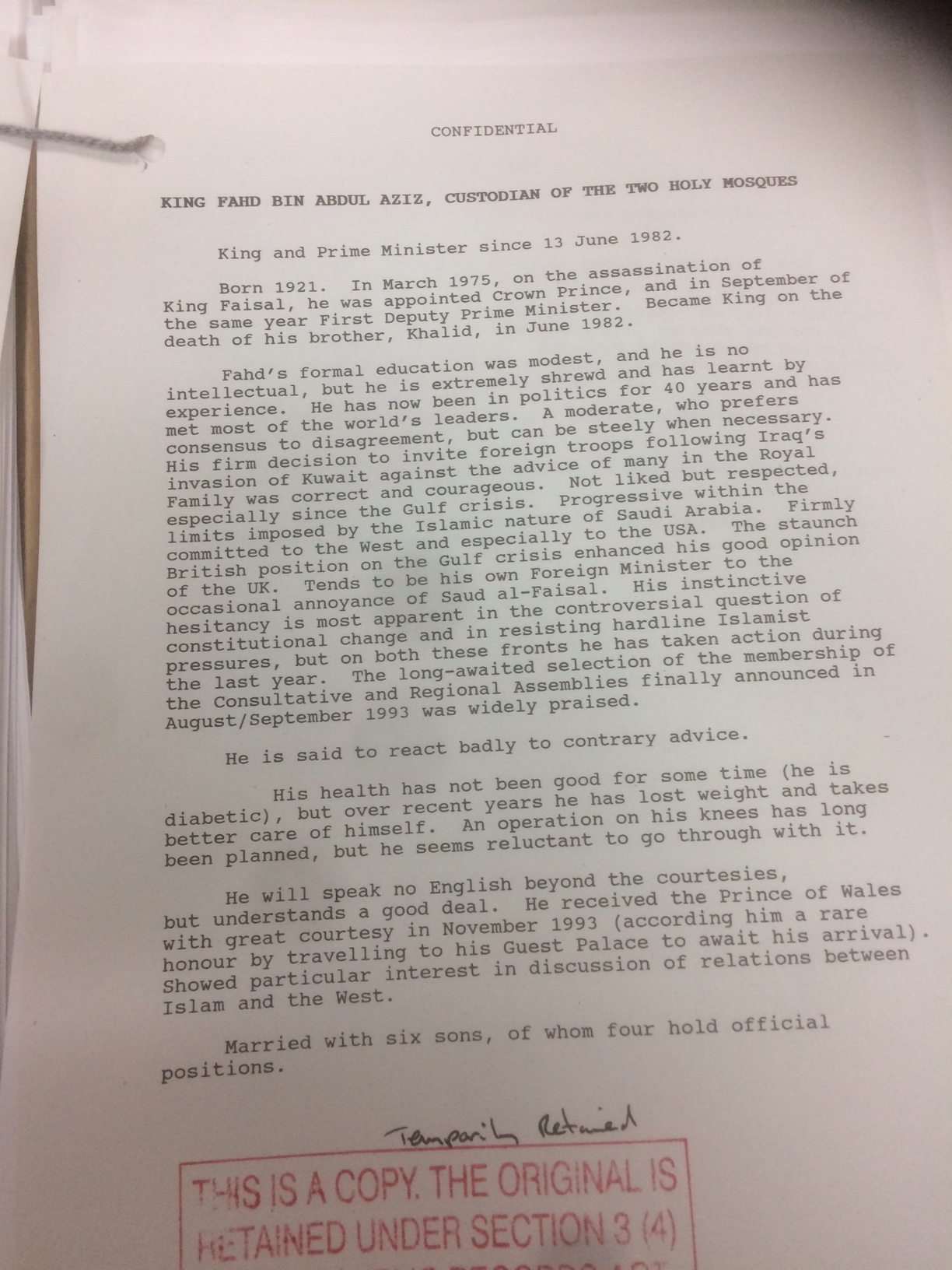 In other documents, Crown Prince Abdullah, King Fahd's half-brother who succeeded him as king and ruled until 2015, is described as speaking no English and stammering so badly in Arabic that he is hard to understand.

“He sees issues in black and white, is reluctant to consult widely before taking major decisions, and does not hesitate from firm action. This will make him less adept at handling awkward problems which will face him as King,” they say.

Madawi al-Rasheed, a Saudi Arabian academic based at the London School of Economics, told Middle East Eye that the documents suggested a "lack of respect to Saudi rulers" and a relationship still shaped by colonial attitudes.

“These documents belong to a bygone era of imperial and colonial Britain. But when it comes to Saudi Arabia, the same attitude and assessment seems to dominate the historical record,” said al-Rasheed.

Al-Rasheed said the documents also suggested relationships between Saudi and British leaders were based more on personal attributes than professionalism.

“While state-to-state relations are often contained within durable institutions, Saudi-UK relations are personalised following threads from psychology, with the British commenting on Saudi personalities, their ability to communicate, toughness and English language skills,” she said.

The documents on King Fahd and Crown Prince Abdullah and others, which have been released by the National Archives in London, remain subject to redactions on national security grounds and may never be released in their entirety.

Others profiled include Prince Sultan bin Abdul Aziz, the king's brother who was then deputy prime minister, in charge of the Armed Forces and the minister for defence and aviation.

“He is not highly intelligent, but can be charming. He has prejudices, is inflexible and imperious, and drives a hard bargain. His closeness to King Fahd obviously keeps him strong.”

The document outlines the important arms deals Sultan signed off on previously with the UK, including a formal understanding on Yamamah II.

Sultan would later go on to be crown prince when Abdullah became king.

However, Prince Saud al Faisal bin Abdul Aziz is written about in more favourable language, described as a competent politician who was “articulate”, “stimulating” and “a dependable ally”.

“Saud’s determined diplomacy, his virtuoso performance and loyal support for the King’s policy during the Gulf crisis, and the wisdom stemming from natural intelligence and long experience, have helped to enhance his reputation and status.”

The briefings on Saud also mention his love for classical music, tennis and skiing.

Al-Rasheed said the language used to describe the Saudi leaders was deeply entrenched in British imperialism.

“British civil servants and Arab analysts at the Foreign Office continue to brief their prime minister, resorting to the same language and cliches that dominated British imperial history. The only difference is that these documents belong to the 1990s rather than the 1890s,” said al-Rasheed.

In a brief memo, Prince Majid bin Abdul Aziz, the governor of Mecca, is described as "friendly" and owning homes in Austria and Switzerland. But it says he "formerly had a reputation for laziness" and "is a reluctant Governor, who has let his Province drift, e.g. over control of Islamist elements".

Al-Rasheed said that if similar documents on Saudi Arabia's King Salman and Crown Prince Mohammed bin Salman, known as MBS, were made available they would likely be just as scathing, or even more so.

“Should the British briefing for the current British prime minister on MBS be available to the public now, there is no doubt that words such as not intelligent, erratic, treacherous, arrogant, and even criminal would be used to describe him,” she said. 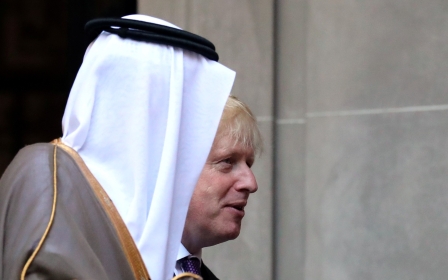 Diplomacy
Arms, assets and war: Why Britain is betting on the Gulf after Brexit
David Wearing 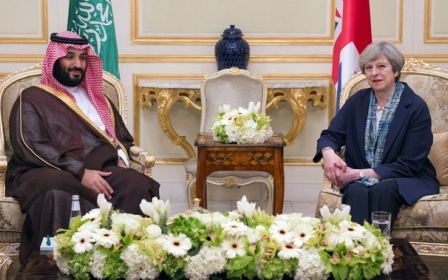