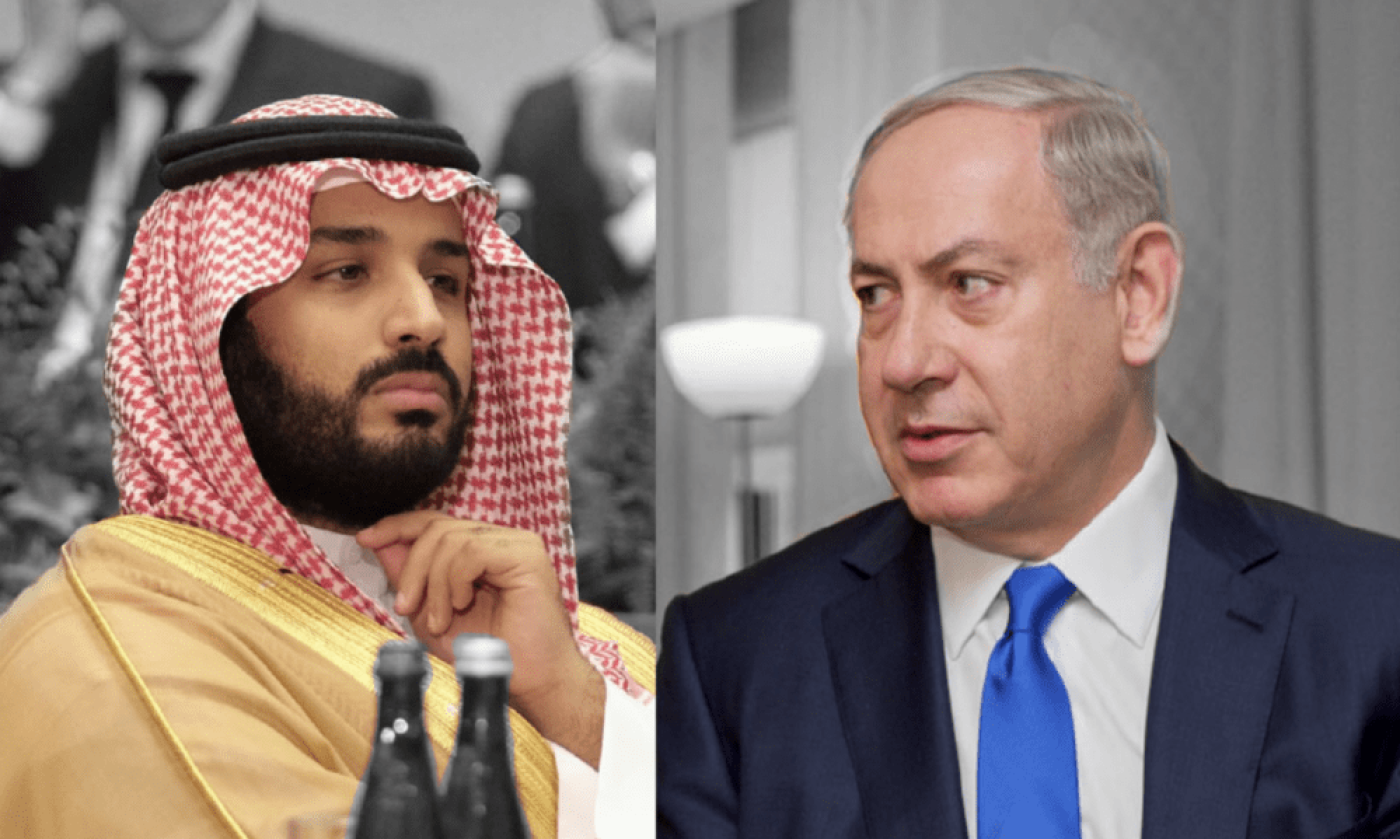 Saudi Arabia is concerned about a possible election defeat for Israeli Prime Minister Benjamin Netanyahu, who they consider a "spearhead" against Iran, according to i24 News.

A Saudi source close to the royal family told the Israeli channel on Wednesday that Riyadh is following the Israeli election campaign closely and hopes that Netanyahu will not be removed from power in the 23 March vote.

“[The Saudi royal family] not only prefer Netanyahu, but they love him," the source was quoted as saying. "He has the required charisma, and he knows very well what he is doing."

On Iran, the source added: "We are very concerned about his replacement by the head of the opposition [Yair Lapid], who will change some things." In November, Netanyahu made a secret visit to Saudi Arabia and met with Crown Prince Mohammed bin Salman and then-US Secretary of State Mike Pompeo.

Saudi Arabia is wary of Netanyahu’s rival, Yair Lapid, head of the centrist Yesh Atid (There Is A Future) party. It worries he would be more likely to engage with Iran and to acquiesce to US President Joe Biden's foreign policy shift towards China and Asia, reducing the number of US staff devoted to the Middle East.

Another Saudi source told i24 News that Saudi Arabia sees Netanyahu as the “spearhead against Iran”, the channel reported, adding that Saudi officials will not address this publicly or interfere in the Israeli election.

Last week, the US published a report revealing that Mohammed bin Salman was responsible for the 2018 killing of journalist Jamal Khashoggi in the Saudi embassy in Istanbul.

Saudi-US relations appear cooler now, under the Biden administration, than they were during the tenure of Donald Trump, who was the driving force behind the recent normalisation deals.

In February, an Israeli pro-democracy watchdog called for a criminal investigation into contacts made by a member of Likud - Netanyahu's party - with Palestinian Authority (PA) figures to “quietly” endorse the sitting prime minister in the upcoming March elections.

The Likud plan was to convince Palestinians inside Israel, who make up 20 percent of the population, to vote for them instead of the Joint List, a Palestinian political alliance.

The PA in the occupied West Bank is also wary of Likud rival parties New Hope and Yamina. It sees them as more right-wing and extreme in their political views than Netanyahu.

The PA believes that a government ruled by Yamina and New Hope could accelerate the annexation of large areas of the West Bank and Jordan Valley, making any peace talks and the two-state solution even less likely.