Former Saudi officials to be questioned over alleged links to 9/11 attacks: Report 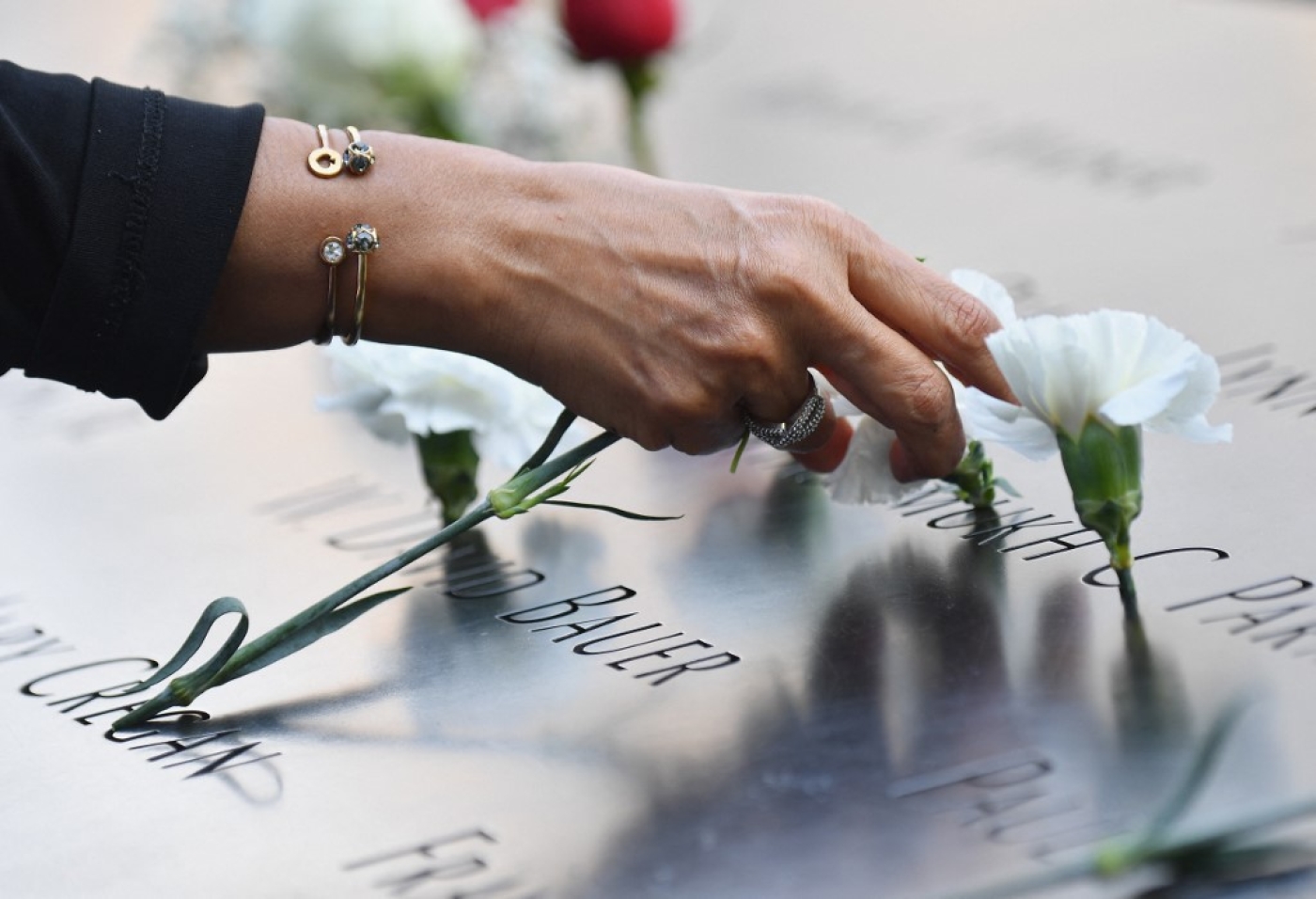 Riyadh has long denied involvement in the attacks, in which almost 3,000 people died (AFP)
By
MEE staff
in
Washington

Former Saudi officials will be questioned over their alleged links to the 9/11 attacks in court depositions this month, by lawyers acting on behalf of families of the victims, the Guardian reported on Thursday.

The victims' families are seeking to prove that Saudi nationals helped support two of the 9/11 hijackers, Khalid al-Mihdhar and Nawaf al-Hazmi, and that the support was coordinated by a diplomat in the Saudi embassy in Washington.

The three Saudis being questioned are Omar al-Bayoumi, Fahad al-Thumairy and Musaed al-Jarrah, the Guardian reported. Bayoumi is a former civil servant working in civil aviation who was officially a student in California.

The lawsuit filed by the victims' families alleges that he was acting as a Saudi agent in 2000 and 2001. Bayoumi claimed he was only a passing acquaintance with Mihdhar and Hazmi, who were part of the team that flew American Airlines Flight 77 into the Pentagon.

Thumairy was a Saudi consular official in Los Angeles and the imam of the King Fahad Mosque there. Bayoumi is said to have visited him before meeting Mihdhar and Hazmi.

Thumairy has claimed never to have met the hijackers, but witnesses told FBI agents they had seen him in their company. After the 9/11 attacks, his diplomatic visa was withdrawn on suspicion that he could be linked to terrorist activity.

Jarrah was a mid-level diplomat at the Washington embassy in 1999 and 2000, and his identity was not publicly known until May 2020 when FBI deputy director Jill Sanborn accidentally disclosed it in a court filing.

Bayoumi was questioned earlier this month, while Jarrah's deposition took place last week. Thumairy will be questioned next week, according to The Guardian.

Last September, a US judge ordered Saudi Arabia to make 24 current and former officials, including a former ambassador to the US, available for questioning in the lawsuit.

While the contents of the depositions are being kept secret, the families are mounting a renewed push to make Washington remove the gag on evidence in the court case against Riyadh and release the results of an investigation, codenamed Operation Encore, into Saudi complicity in the attacks. Fifteen of the 19 hijackers were Saudi nationals.

The Saudi embassy in Washington did not respond to Middle East Eye's request for comment by the time of publication.

However, Riyadh has long denied involvement in the attacks, in which almost 3,000 people died as hijacked jetliners crashed into New York's World Trade Center, the Pentagon outside of Washington, and a field in western Pennsylvania.

The depositions come as members of Congress have also been pushing for the US government to release more information around allegations that Riyadh was involved in the attacks.