A former Twitter employee was convicted by a US court on Tuesday of spying for Saudi Arabia after he reportedly handed over personal information of users who criticised the kingdom to a Saudi official close to the royal family.

Ahmad Abouammo, who worked at Twitter from 2013 to 2015, was found guilty of charges including acting as an agent for Saudi Arabia, money laundering, conspiracy to commit wire fraud and falsifying records. He was acquitted on five other counts of wire fraud.

Prosecutors said that Abouammo, a dual citizen of the US and Lebanon, accessed the email accounts and phone numbers of accounts that criticised the Saudi government and then provided those details to a Saudi official in exchange for large sums of money.

One of the users whose data Abouammo reportedly accessed is Mujtahidd, an anonymous account once described as "the Saudi version of Wikileaks." In exchange for sharing that information with a Saudi official affiliated with the royal family, Abouammo was gifted a luxury watch reportedly worth more than $40,000, and received three $100,000 payments wired to a Lebanese bank account in his father's name.

According to court documents, Abouammo did not report the watch to his superiors, as required by Twitter policies at the time.

Prosecutors said that Abouammo later lied to FBI agents when confronted at his Seattle home in 2018, where he said that the watch was worth only $500 and that the last $100,000 wire was for legitimate freelance consulting work.

Assistant US Attorney Colin Sampson told the jury at the start of the trial last month that the watch was a "down payment" for future spying. "The money had strings attached."

"That luxury watch - it was not free," prosecutor Eric Cheng said in closing remarks last week. "The kingdom had now secured its Twitter insider."

Abouammo's attorneys said the gifts were merely tokens of appreciation for his work as a media partnerships manager at Twitter where he helped verify Saudi royal family accounts.

Defense attorney Angela Chuang downplayed the significance of the gifts, saying it amounted to "pocket change" in Saudi culture known for generosity and lavish presents.

The case marked the first time the kingdom has been accused of spying in America.

Prosecutors had accused Abouammo and former Twitter employee Ali Alzabarah of being enlisted by Saudi officials between late 2014 and early the following year to get private information on accounts firing off posts critical of Riyadh.

The then-Twitter workers could use their credentials to glean email addresses, phone numbers, birth dates and other private data to identify people behind anonymous accounts, prosecutors said.

A third man named in the complaint, Saudi citizen Ahmed Al-Mutairi, was alleged to have worked with the Saudi royal family as an intermediary.

Officials believe Alzabarah provided the Saudi government with the personal information of more than 6,000 users in 2015.

Alzabarah fled the US in December 2015 after Twitter management confronted him, escaping FBI surveillance and boarding a flight with his wife and child to Saudi Arabia where he took a job at the Misk Foundation, a charitable organisation established by Crown Prince Mohammed bin Salman.

A Saudi national, Alzabarah is being sought on a charge of failing to register in the US as an agent of a foreign government as required by US law, according to an FBI statement.

Mutairi is also believed to have returned to Saudi Arabia. The FBI has issued arrest warrants out for both men.

Chuang contended in court that prosecutors were trying to punish Abouammo for Alzabarah's actions.

Abouammo declined to comment on the verdict. He is scheduled to be back in court on Wednesday for a hearing and faces up to 20 years in prison when he's sentenced. 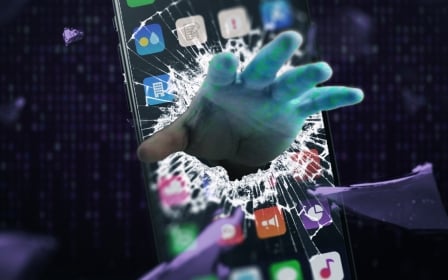 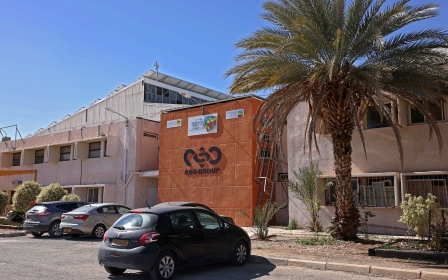 Technology
'That scares me so much': Sister of Saudi Twitter spy victim urges Google to halt cloud plan