Saudi Arabia to hold 'very limited' Hajj due to coronavirus

Authorities say only residents of the country will be allowed to undertake the Hajj pilgrimage next month, in an effort to combat the spread of Covid-19 Saudi Arabia will hold a "very limited" Hajj this year due to the coronavirus pandemic, with only those living inside the kingdom allowed to take part in next month's pilgrimage.

The Hajj ministry said in a statement on Monday that the decision came in light of an increase in Covid-19 infections, the lack of a vaccine and difficulties with maintaining social distance rules among large numbers of pilgrims coming from overseas.

"A very limited number of pilgrims from various nationalities who already reside in Saudi Arabia, would be able to perform it," the statement said.

"This decision is taken to ensure Hajj is performed in a safe manner from a public health perspective while observing all preventative measures and the necessary social distancing protocols."

#Statement issued by the Ministry of Hajj and Umrah regarding Hajj of 2020 pic.twitter.com/UGCShFZw1n

The virus causes mild to moderate symptoms in most people, who recover within a few weeks. But it is highly contagious and can cause severe illness or death, particularly in older patients or those with underlying health problems.

Earlier this month, Indonesia, the world's most populous Muslim nation, emerged as one of the first countries to withdraw from the Hajj after pressing Riyadh for clarity, with a minister calling it a "very bitter and difficult decision".

In March, Saudi Arabia temporarily banned Umrah pilgrimages to the holy cities of Mecca and Medina for Saudi citizens due to concerns over coronavirus. 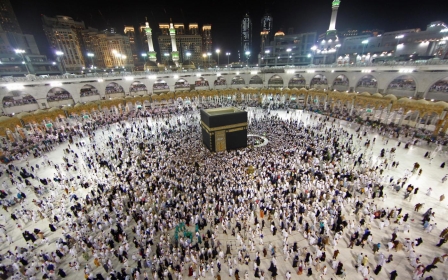 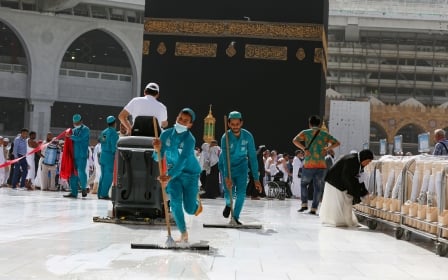