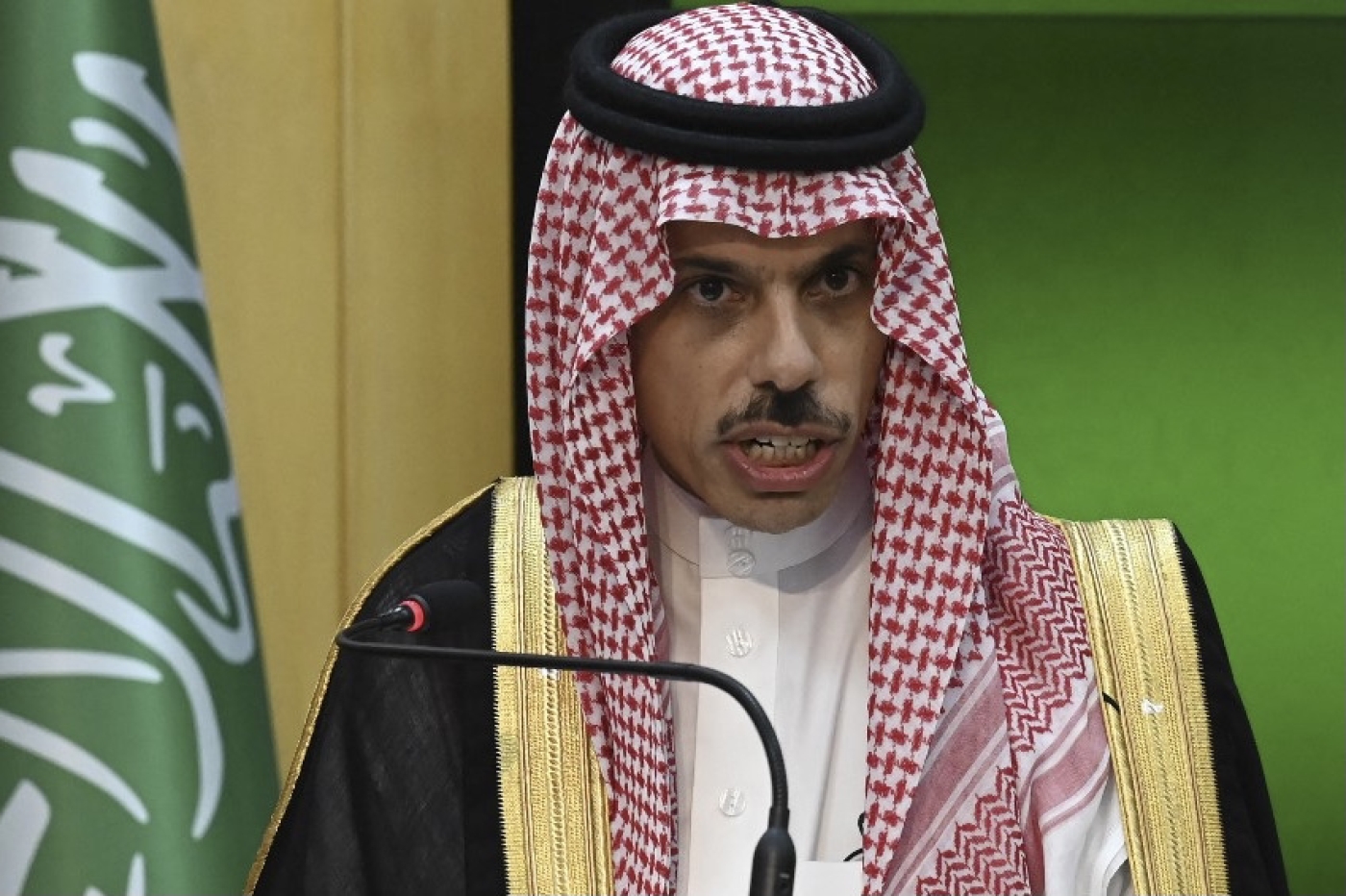 Saudi Foreign Minister Prince Faisal Bin Farhan: 'There is a crisis in Lebanon with the dominance of Iranian proxies over the scene.' (AFP)
By
MEE and agencies

The Gulf diplomatic crisis with Lebanon deepened Sunday, with Saudi Arabia saying dealing with Beirut was "pointless" due to Iran-backed Hezbollah's dominance, and the United Arab Emirates pressing its citizens to leave the country.

The developments, sparked by Lebanese Information Minister George Kordahi's remarks on the Yemen war, have dealt a fresh blow to crisis-hit Lebanon, where a fragile government is struggling to secure international aid, including from wealthy Arab countries.

"There is a crisis in Lebanon with the dominance of Iranian proxies over the scene," Saudi Prince Faisal bin Farhan told Saudi Arabia's Al-Arabiya television in an interview on Sunday, according to AFP. 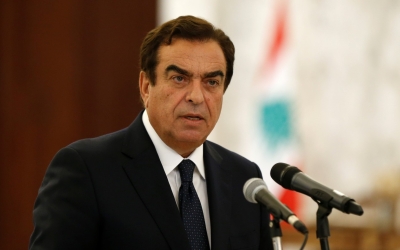 "This is what worries us and makes dealing with Lebanon pointless for the kingdom and for, I think, Gulf countries."

Kordahi, who was nominated by the Marada party - a Christian party allied to Hezbollah - said Yemen's Houthi rebels were "defending themselves… against an external aggression" and slammed as "futile" a Saudi-led military intervention in Yemen.

The comments were aired this week but made in August, before he became a minister.

Saudi Arabia has expelled Lebanon's envoy and recalled its ambassador from Beirut, with Bahrain and Kuwait quickly following suit.

The UAE has recalled its diplomats from Lebanon in "solidarity" with the kingdom, and on Sunday it urged its citizens to leave the country "as soon as possible".

Lebanese President Michel Aoun said on Saturday that he wanted the best relations with Saudi Arabia.

The foreign ministry said it took the measures after the "insulting" remarks on the Yemen war, but also due to the influence of Lebanon's Iran-backed Shia movement Hezbollah.

Prince Faisal said on Sunday that the problem in Lebanon was "the continuous dominance of Hezbollah over the political system", and the Lebanese government's inability to steer Lebanon "out of this tunnel". The issue went "beyond a statement or particular position", he said, adding that Hezbollah's role requires "reform and comprehensive revision".

The Lebanese information minister said on Sunday that resigning was "out of the question".

Both Hezbollah and the Marada party have rejected calls for his dismissal.

Kordahi was summoned to Bkerki, the seat of the Maronite Catholic Church in Lebanon on Saturday afternoon to meet with Patriarch Bechara Boutros al-Rai and discuss the situation. Upon entering, Kordahi responded to journalists inquiring about whether he would resign by saying: “We’ll see with the patriarch.”

The embattled minister, however, left the meeting through a back door without making a statement.

The dispute is the latest challenge to Lebanese Prime Minister Najib Mikati's cabinet, which was sworn in last month after more than a year of political paralysis only to find itself almost immediately embroiled in a political row over the judicial investigation into the August 2020 Beirut port explosion.

In a phone call with Kordahi on Friday evening, Mikati asked his minister to put the national interest first and "take the right decision to fix Arab relations with Lebanon", a statement by his office said - as Riyadh pressured the minister of information to resign.

'I have never attacked nor insulted Saudi Arabia or the Emirates'

Kordahi refused to apologise for his statements earlier this week, adding that he had "done no wrong", as the show had been taped on 5 August, more than a month before he became a minister.

"I have never attacked nor insulted Saudi Arabia or the Emirates," Kordahi said on Wednesday, adding that his words "did not implicate at all the government, of which I was not yet a member".

Lebanese Foreign Minister Abdullah Bou Habib said on Friday he was forming a group to address the diplomatic rift. He maintained that the situation was not a crisis and could be solved through dialogue.

Kordahi has won plaudits in Yemen's rebel-held Sanaa, with the Houthis on Sunday putting up posters in support of the under-fire Lebanese minister.

"Yes George, the Yemen war is absurd," said posters bearing his image that were pasted onto billboards and lamp posts.

The Houthis also plan to rename a street in Sanaa after Kordahi, according to media reports in the city.

The Saudi-led coalition, which has included the UAE and Bahrain, intervened to prop up the Yemeni government in 2015, after the Houthis had seized the capital Sanaa in 2014.

The war has killed tens of thousands of people and displaced millions.

Rights groups have accused both sides of war crimes. 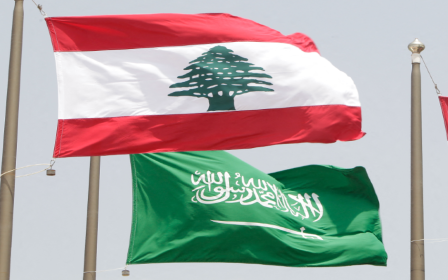 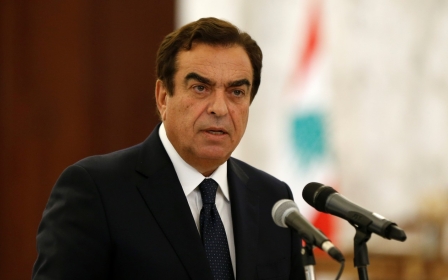