Ethiopians tell MEE they are being beaten, extorted, and left in putrid, overcrowded rooms as thousands of people are rounded up and deported from across the kingdom 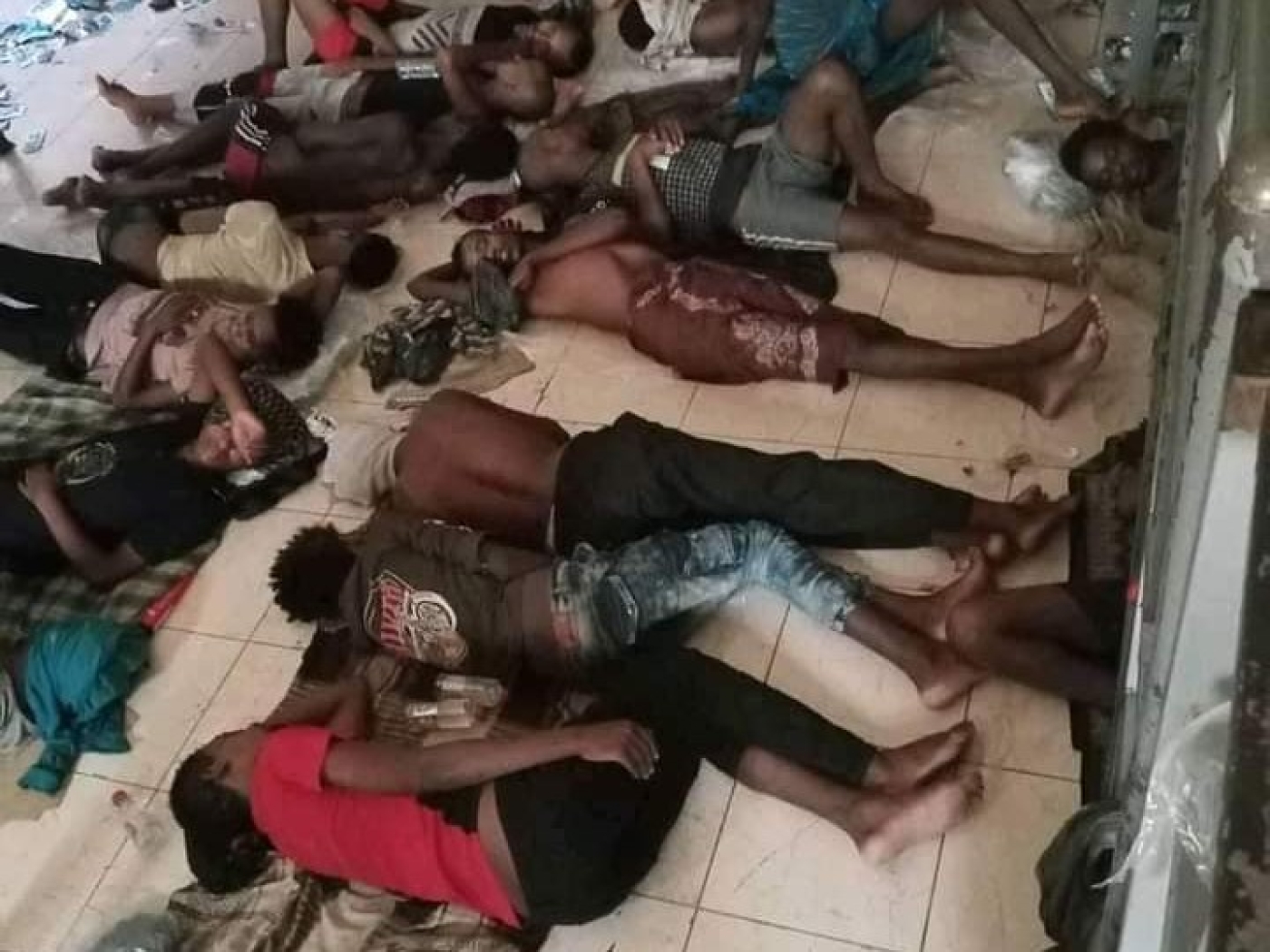 Ethiopian migrants awaiting deportation said Saudi authorities have conducted mass searches of the centres, confiscating phones and any devices that could be used to relay images of their suffering to the outside world.

The sources said the crackdown was an attempt to prevent their conditions from being broadcast to the world during Ramadan, which would risk criticism and uproar in the Muslim world during the holy month.

Police have also ordered people set for deportation to sign non-disclosure agreements forbidding them from talking to journalists about their experiences.

"They came in here looking for phones because they don't want the world to see images of our suffering here," said Semir, an Ethiopian migrant being held at a deportation centre in Riyadh. "When they would find a phone, they would beat up the owner with batons."

The number of Ethiopian detainees held at various migrant detention centres has swollen in recent months. In an attempt to ease the burden, Saudi authorities reached an agreement with Ethiopia in March to fly out at least 100,000 Ethiopians, many of whom were detained in waves of anti-migrant crackdowns last year.

Ethiopians held in the centres have told MEE that they are given little to eat and are held for months in putrid, overcrowded rooms.

"People are going mad here. There is little food and many of us haven't been outdoors in almost nine months," said Nebil, a detainee in Riyadh. "We used to get a piece of bread three times a day. Since Ramadan, we get it only once, at night."

The Saudi foreign ministry has not responded to a request for comment.

In 2020, smartphones smuggled into two migrant detention centres captured graphic images depicting hundreds of emaciated African men, some appearing to be on the brink of death, in cramped quarters where sewage flowed and disease was rampant.

Rights groups confirmed that abuse and deaths were commonplace at these centres, and in October 2020 the European Union parliament passed a resolution condemning Saudi Arabia for its mistreatment of migrants.

The uproar eventually led to tens of thousands of migrants being repatriated throughout 2021, many of whom are struggling to cope with enduring trauma.

But many remained behind in the facilities, with Ethiopia's government preoccupied last year by the county's civil war and rebel fighters threatening to attack the capital city.

Eventually, the outcry of social media users and relatives in Ethiopia is believed to have pushed Ethiopian officials to send a high-level delegation to Riyadh earlier this year to begin negotiating the return of their citizens.

Since an agreement was signed in March, thousands of Ethiopians have returned to their homeland, with another 1,031 landing in the Ethiopian capital Addis Ababa on Wednesday.

However, mass arrests by Saudi authorities continue to target thousands more, with 15,000 migrants, almost all of them Ethiopians and Yemenis, detained in a single week in March alone.

As a result, detention centres aren't emptying, and the abuse persists, according to detainees.

"This place is disease-ridden. Everyone grows sick because they leave us to live and eat on a filthy floor with the stench of urine everywhere," one told MEE.

The statements by the migrants about the conditions at the detention centres appear to correspond with the assessment of staffers from the International Organisation for Migration (IOM) and other UN agencies supporting relief efforts at returnee reception centres in Ethiopia.

"In addition to injuries and illnesses suffered due to the hazardous journey, the IOM has observed that communicable diseases, such as tuberculosis and skin conditions are prevalent among returnees," said Yvonne Ndege, spokesperson for the agency's East and Horn of Africa office.

"Prolonged periods in overcrowded and unsanitary facilities may well be a contributing factor to this issue."

'It was very humiliating'

MEE spoke to nine inmates at the Riyadh deportation centre and the infamous al-Shumaisi prison near Mecca. Detainees used mobile phones with no internet connection that survived the pre-Ramadan purge.

"We have been left here to rot," said Ali, a migrant at al-Shumaisi centre. "Since they put me here, I've seen diplomats from Chad, Ghana, and Somalia come to enquire about their citizens. Nobody from the Ethiopian embassy has visited even though Ethiopians are the majority here."

Ali added that, while beatings of migrants and poor sanitation have long been the norm, in recent months prison officials have begun extorting the families of detainees.

"Every week, the guards come here with what they call a 'souq' [market]. They bring clean water, biscuits, and other items from outside. We can only purchase these items by having our families transfer money to the personal accounts of guards and prison staff. But they charge us more than the price on the Saudi market, and they pocket a lot of the money transferred to them."

Ethiopia's ambassador to Saudi Arabia, Lencho Bati, appeared unwilling to address accusations of neglect by his office or claims that extortion and abuse by Saudi prison officials are ongoing in the centres.

"I am returning to Riyadh from Mecca. Let's talk after Eid," he told MEE. Bati is yet to respond to a request for comment sent after the Eid holiday. 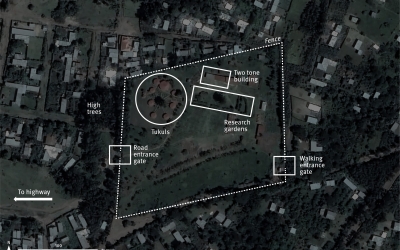 Many of the detainees are among the tens of thousands who are estimated each year to trek along the extremely dangerous migrant corridor from East Africa, across the Red Sea, into Yemen, and up to Saudi Arabia. But others had spent up years living and working legally in the kingdom prior to being arrested.

"I spent seven years working for a company in Jeddah. I never needed assistance and provided for my loved ones," said Omer, another migrant at al-Shumaisi.

"But my company laid me off as it went bankrupt because of the pandemic. Without an employer, I couldn't renew my residency papers. I was arrested shortly after my papers expired."

Semir added that this was the case with many of the new arrivals that had flooded the Riyadh facility he is held at. Nearly 10,000 of those detained in the March crackdown were singled out for residency permit issues.

"Imagine being a driver for a company one day, and then suddenly being forced to squat in a tiny, crowded room with no food and contagious skin rashes the next day. It's tragic," Semir said.

Three Ethiopians deported home described being told to sign non-disclosure agreements instructing them to avoid speaking about their experiences in detention. One said the officer warned that "legal action would be taken against violators even in Ethiopia".

Others, meanwhile, weren't actually migrants, but Saudi-born children of Ethiopian migrants who under Saudi law aren't eligible for citizenship.

Aisha, 18, spent four months at al-Shumaisi before being put aboard a flight to her parents' country. She recalled the night when the immigration police, known as "jawazat," raided her family's home in Mecca and arrested her alongside her brother and father.

Both Aisha and her brother were born in Saudi Arabia and have lived there all their lives.

"They came unannounced at night and broke down the door. They used foul language while addressing us and escorted us to a minibus they brought along with the raiding party," she said while fighting back tears. "It was very humiliating."

Many returnees to Ethiopia are suffering from mental illness, alongside recovering from the physical abuse they endured. Mental-health workers at returnee centres are already under strain.

The IOM's Yvonne Ndege said that in addition to the counselling and psychosocial support the IOM is providing, "many returnees also often require intensive and clinical psychiatric care when they arrive home". 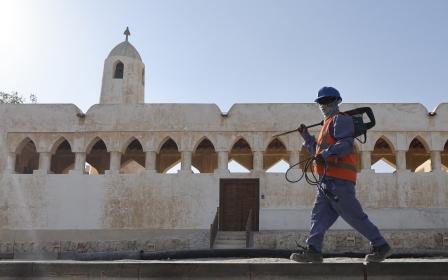 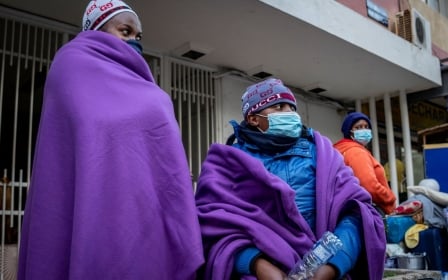 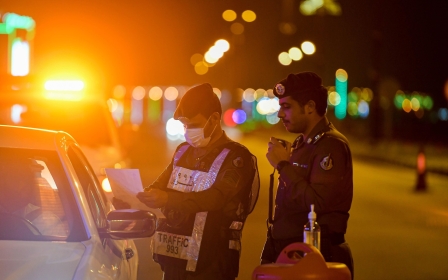 Migration
Saudi crackdown detains thousands of Ethiopians, regardless of documentation