Saudi Arabia and the United Arab Emirates have called on their respective allies in Yemen to halt military action in the country's south, where they have been facing off against each other.

A joint statement by the two Gulf states, leaders of an Arab coalition that is battling Yemen's Iran-aligned Houthis, called on the UAE-backed southern separatists and the Saudi-backed government of President Abd Rabbuh Mansour Hadi to prepare for "constructive dialogue" to end the crisis between the two nominal allies.

Talks in the Red Sea city of Jeddah to end the power struggle reached a dead-end and both sides were gathering troops to prepare for further battle, officials said on Friday, an indication that a rift between Saudi Arabia and ally UAE had deepened.

Yemen war: Who is the Southern Transitional Council?
Read More »

The war for the south has opened a new battlefront that risks further fragmenting Yemen and threatens to complicate UN efforts to end the multi-tiered war, which contains conflicts within conflicts.

"They also called for an immediate end to all military operations as well as violations against any public and private property," the joint statement carried by state news agencies SPA and WAM, said.

"They have been preparing for a constructive dialogue to end the dispute and address its effects," it added.

The breakaway movement in the south is part of the Saudi-led coalition that intervened in Yemen in March 2015 to restore Hadi's government, which was ousted from power by the Houthis in the capital Sanaa in late 2014.

But they have clashed often with the government and seized Aden, its interim base, last month.

The UAE, which has been hostile to Hadi's government because it includes Islamists, intervened last week to support the separatists by launching air strikes on government forces as they tried to recapture Aden, forcing them to withdraw.

Saudi Arabia called on the separatists, who seek to revive the former South Yemen republic, to cede control of Aden and voiced its support for President Hadi on Thursday, threatening "to react decisively". 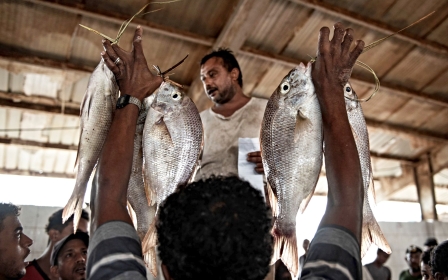 Yemen War
In pictures: Life by the sea in Yemen's Hodeidah 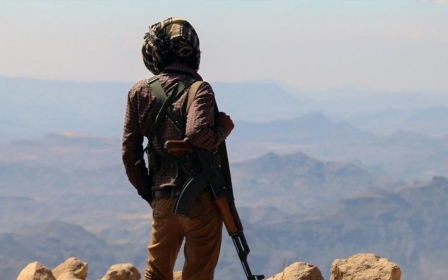