Under international law, the kingdom has an obligation not to forcibly return Uyghurs to China, says Amnesty International 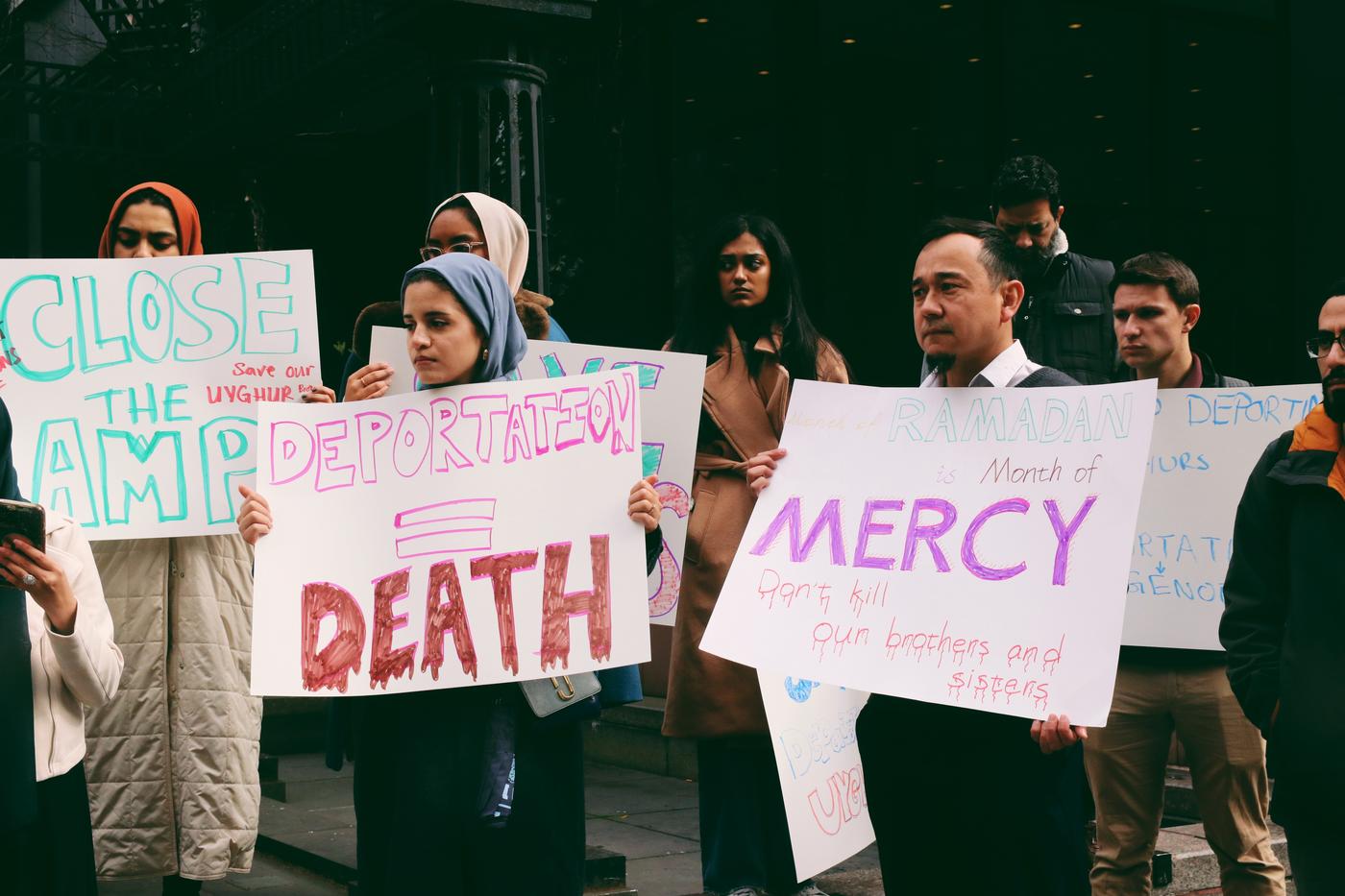 US activists have called on Saudi Arabia not to extradite four members of the Uyghur Muslim minority to China, saying they risk serious violations of their human rights if they are deported.

Protests took place in New York and three other cities across the US and Canada on Sunday, over reports that Buheliqiemu Abula, her ex-husband Nuermaimaiti Ruze, their teenage daughter and religious scholar Aimidoula Waili were expected to be deported during the Muslim holy month of Ramadan.

Abula and her teenage daughter were detained near Mecca earlier this month, while Ruze and his friend Waili were detained in November 2020 after they went to perform a pilgrimage in Mecca.

Amnesty International reported on Sunday that Abula and her daughter had been transferred to a deportation centre in the south of the capital Riyadh, ahead of their planned deportation.

"Right now, Buheleqiemu Abula and her daughter appear to be at elevated risk of deportation, as they have been taken to a deportation centre," Alkan Akad, a China researcher at Amnesty International told Middle East Eye.

"We call on Saudi authorities to halt all plans to deport Buheliqiemu Abula and her 13-year-old daughter."

"Their transfer to Riyadh indicates that they are at high risk of deportation to China, where they could likely be subjected to arbitrary detention, torture, and persecution. Under international law, the kingdom has an obligation not to forcibly return Uyghurs to China."

Dozens of activists gathered outside the Consulate General of Saudi Arabia in New York on Sunday to demand the kingdom halt the deportations.

Chants of "Stop deportation, stop genocide. Saudi Arabia be on the right side," were among the slogans shouted.

Sumeyye Hamdullah, Waili's daughter, told MEE that if Saudi Arabia desperately needed to deport the four Uyghurs, then they should be sent to either Turkey or another country where they are safe from torture and persecution.

"Last time I talked with my father was at night before the detention. Since that, I didn't have any chance to see him or talk to him. This is always torturing me," she said. "I fear to imagine that if my dad will be deported and I couldn’t hear his voice or meet with him. I am fearing from this all the time."

According to several reports, more than one million Uyghurs and other mostly Muslim people have been incarcerated in camps in Xinjiang, China, in a bid to root out Islamic customs and forcibly integrate minorities.

Uyghurs showing adherence to conservative Islamic customs - including praying, fasting, abstaining from alcohol, growing a beard or wearing Islamic clothing - have been rounded up and brought to the camps.

The US and several other governments have said that China's actions against the Uyghurs and other minority populations amount to genocide.

China has denied the accusations and says its policies are necessary to "fight extremism".

Mosaab Sadeia, president of Free Uyghur Now, told MEE that the deportation of Uyghur Muslims to China during Ramadan was an absolute desecration of the holy month.

"It's a disgrace to international law to send people back to a country where it is impossible for them to receive due process," he said. "You don’t want to be known as the government that deported people to a fate of death, torture, detainment and spending the rest of their lives away from their families.

"We are calling on the Saudi government to send the four detained Uyghurs home to their families and take this one last chance to be on the right side of history. Otherwise, be in violation of international law and God's law."

Sean Roberts, director of the International Development Studies programme at George Washington University, told MEE that the reason Saudi Arabia has yet to deport the four Uyghurs might be because it fears a public backlash.

"So far, Saudi Arabia has signalled that it supports China's treatment of Uyghurs as a necessary 'counter-terrorism' measure. It has done so by signing onto two letters to the UN justifying China's policies towards Uyghurs and related Turkic Muslim peoples. However, the threat to extradite Uyghurs back to China would signal that Saudi Arabia is ready to assist China in these policies," Roberts said.

"As the self-proclaimed leader of the Muslim world, Saudi Arabia would be, in effect, sending fellow Muslims to certain imprisonment for their beliefs in Islam. Perhaps this is why it has not yet extradited these Uyghurs."

He explained that while Muslim-majority countries, with the exception of Turkey, have yet to openly condemn China's oppression of Uyghurs, "many Muslims around the world recognise in China's policies a deep-seated Islamophobia that they condemn."

"By assisting in these measures, Saudi Arabia is risking exposing its hypocrisy by simultaneously proclaiming itself the leader of the Ummah and at the same time helping to punish Uyghurs whose only crime is being a part of that Ummah," he said. 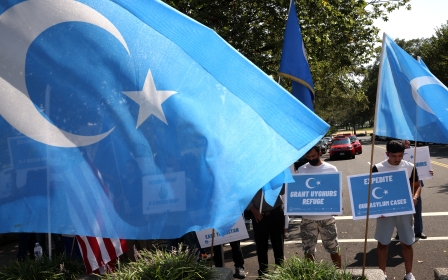