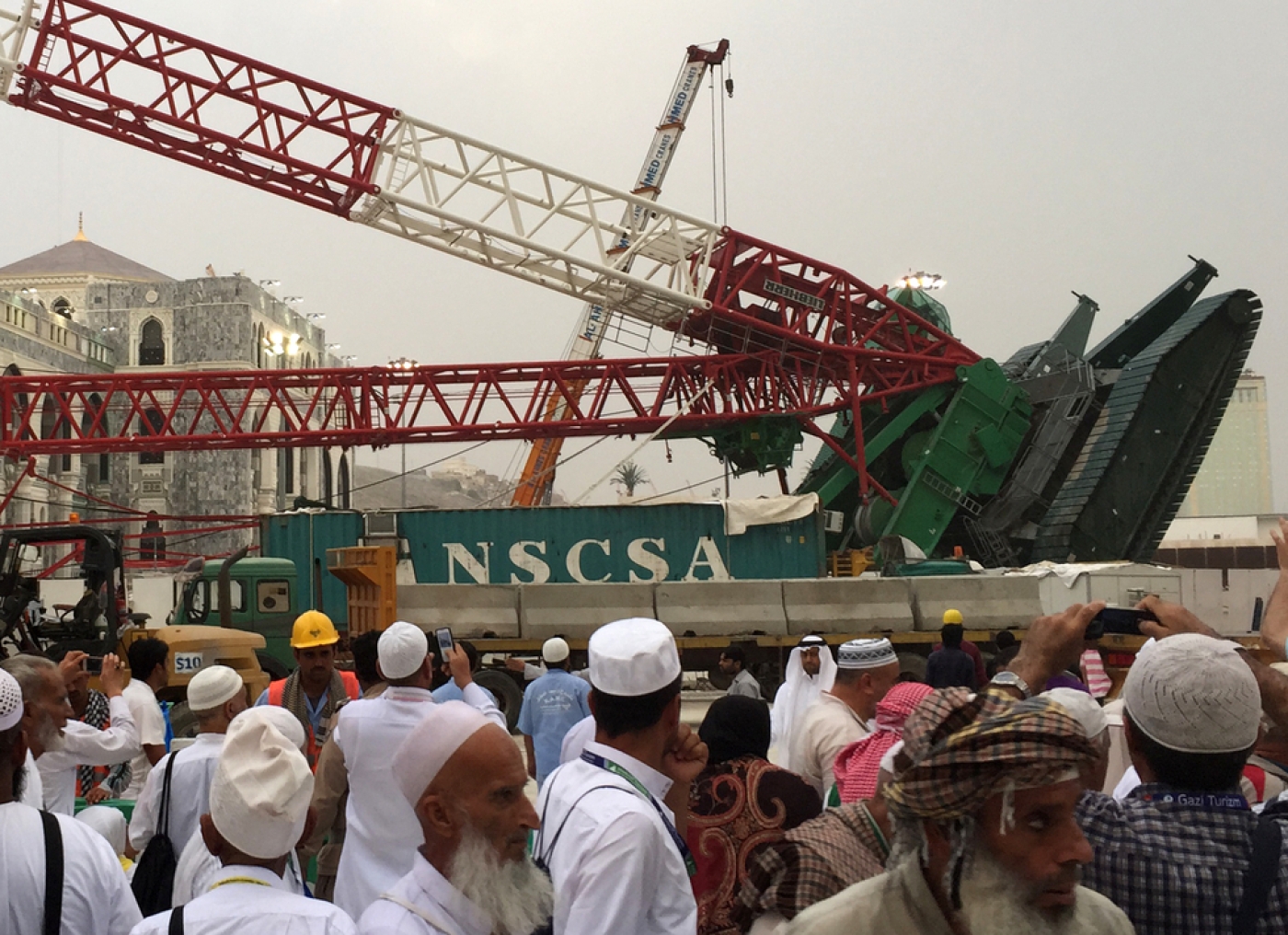 Pilgrims walk past a collapsed Saudi Binladin Group crane at the Grand Mosque in Mecca in September 2015. The incident promoted the government to suspend the firm from new contracts. (AFP)
By
AFP

The Saudi Binladin Group, which has laid off tens of thousands of construction workers because of financial difficulties, said on Monday it had begun paying delayed wages to its remaining staff.

"We managed to finalise the payment for about 10,000 employees," said Yaseen Alattas, the firm's chief communications officer.

He added that the measure was made in coordination with Saudi Arabia's labour ministry, and "we will do the same for the remaining batches" of workers when cash is flowing "from our clients".

The Saudi government is the firm's biggest client and sources in March told AFP that delayed receipts from the government, whose oil revenues have dropped significantly over the past two years, left employees of the kingdom's construction giants struggling while they wait for salaries.

Saudi Binladin Group, one of the world's largest construction companies, was also suspended by the government from new public contracts after a deadly crane accident last September.

Alattas said the government had made a commitment to pay the contractors, "including us". He did not specify how many other staff still need to be paid but said those fired - about 69,000 foreigners - were only a fraction of manpower at the group which built some of the Gulf nation's landmarks.

Of those 69,000, he said about 34,000 have received salaries and been repatriated, roughly 20,000 others have transferred to other employers or resigned, and close to 15,000 are "under processing".

After decades of thriving on lucrative government contracts, the company faced unprecedented scrutiny after one of its cranes working on a major expansion of the Grand Mosque in Mecca, Islam's holiest site, toppled in September. At least 109 people died, including foreign pilgrims, leading King Salman to suspend the firm from new public contracts.

Alattas confirmed that the sanction had now been lifted and that Saudi Binladin Group would again be able to bid for government projects. But he said the suspension, in any case, had not affected the company's existing projects. There were "multiple reasons" for the wage delays but one was related to "cash flow", he said.

Egyptians accounted for a large percentage of Binladin Group employees. Some complained to the labour ministry in their home country that they had not been paid for three months, the Arab News reported in March. At that time, a well-informed source told AFP that "because of delays in payments from the government administration, several companies today have problems... paying both their employees and producers".

Saudi Binladin Group was founded more than 80 years ago by the father of the late al-Qaeda leader Osama bin Laden, who was killed five years ago in Pakistan in a US military raid. It developed landmarks including the domed Faisaliah Tower in central Riyadh and the Mecca Royal Clock Tower, one of the world's tallest buildings.

Last week, labour minister Mufarrej al-Haqbani vowed to ensure that the Binladin Group kept its pledge to resolve wage issues. "The company promised to solve all the issues related to the wages," he told reporters.

Staff at another Saudi construction giant, Saudi Oger Ltd, have also complained of unpaid wages, but Haqbani insisted the problem was not widespread. "We still have many expats coming to the country. Two cases will never be able to represent the situation of the labour market in Saudi Arabia," he said. 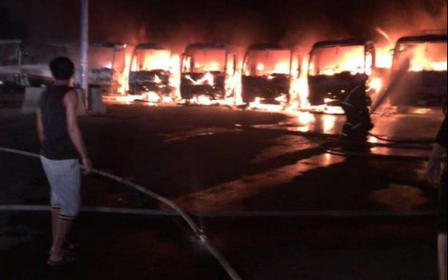 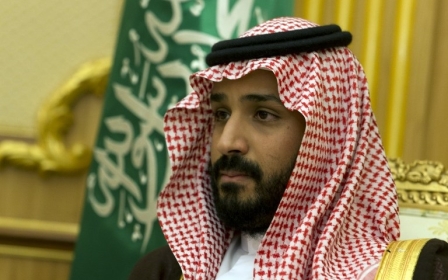