Saudi Arabia's security forces have sealed off a Shia-majority town in the east of the Sunni-ruled kingdom, Human Rights Watch (HRW) said on Sunday, following months of unrest and clashes with police.

Saudi authorities last week said they seized control of a district of Awamiya, a town in the eastern Qatif region where protests have escalated into clashes with security forces in recent months.

The New York-based group said that, based on comparative satellite imagery from February and August, large sections of the town had suffered extensive damage, including to civilian infrastructure.

Demolition began on 10 May, after al-Musawara residents were evacuated, but Saudi forces met armed resistance.

Saudi authorities have blamed "terrorists" and drug traffickers for the recent unrest in Awamiya, where clashes between protesters and security forces since May have left civilians and police dead.

Security forces engaged in shoot-outs with an unknown number of armed men inside al-Musawara, and on 26 July brought in additional armoured vehicles and sealed the town's entrances and exits, residents and activists said.

But five residents interviewed said that Saudi security forces have put people in Awamiya at risk, arbitrarily shooting at or arresting those who emerged from their houses. The residents said that to their knowledge Saudi authorities never issued an order for people to leave Awamiya, and their only chance to leave safely has been for short periods allowed by security forces since 26 July.

The residents said that security forces closed all of Awamiya's clinics and pharmacies in May, which they believed was to ensure that militants could not seek medical treatment.

Since 26 July, they said, security forces had not allowed emergency services to reach the wounded or taken steps to provide humanitarian assistance to people who remain there, though all the shops in the area were closed.

One resident HRW named as Sami said his shop on the main street near al-Musawara "is covered in bullet holes... I am certain that security forces are responsible because the size of the bullets are medium and large, which only security forces possess".

Security forces were going around shooting in residential areas at random

Ali, who fled Awamiya on 30 July, said: "The town was constantly bombarded by shelling, and security forces were going around shooting in residential areas at random. We were too scared to leave our homes. Anything that moved became a target."

Saudi Arabia announced on 10 August that security forces had forced nearly all "terrorists and criminal elements" out of al-Musawara, and authorities took international journalists on a tour of the district on 9 August.

Saudi authorities have not released information on resident casualties, but Saudi activists said the violence has killed more than a dozen people, both Saudis and foreigners, in addition to at least five armed militants.

Reuters added that a three-year-old boy died on 9 August from injuries suffered when an armoured vehicle fired on his family's car in June.

UN experts on cultural rights, adequate housing and extreme poverty condemned Saudi Arabia's destruction of al-Musawara on 24 May, noting that the operation had forced "residents out of their homes and of the neighbourhood, fleeing for their lives".

They stated that the destruction of al-Musawara would "erase the traces of… historic and lived cultural heritage".

The town in Saudi Arabia's oil-rich east has a longstanding reputation of opposition to Saudi rule and was also the hub of a short-lived protest movement in 2011 inspired by the Arab Spring.

One of the movement's leaders, Shia cleric Nimr al-Nimr, was executed in January 2016 on a terrorism indictment. The execution sparked a series of events leading to a breakdown of diplomatic relations with Iran and heightened sectarian tensions across the Gulf region.

Saudi Arabia's minority Shia community, which makes up an estimated 10 to 15 percent of the country's population of 32 million, has long complained of marginalisation.

"Saudi Shia in Awamiya face discrimination every day, and for the last three months have been caught in the crossfire," Whitson said. 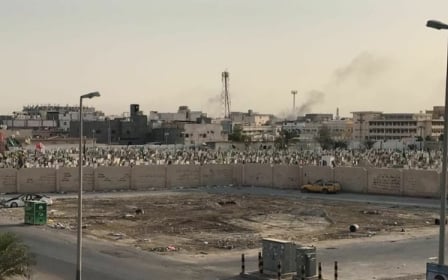 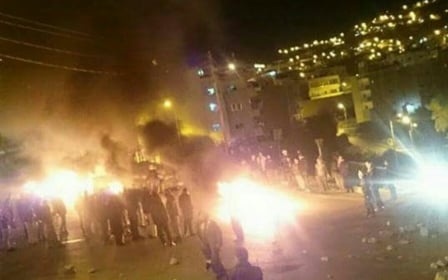