Bombing kills one person and dozens of horses at military academy in Sanaa, Houthis say 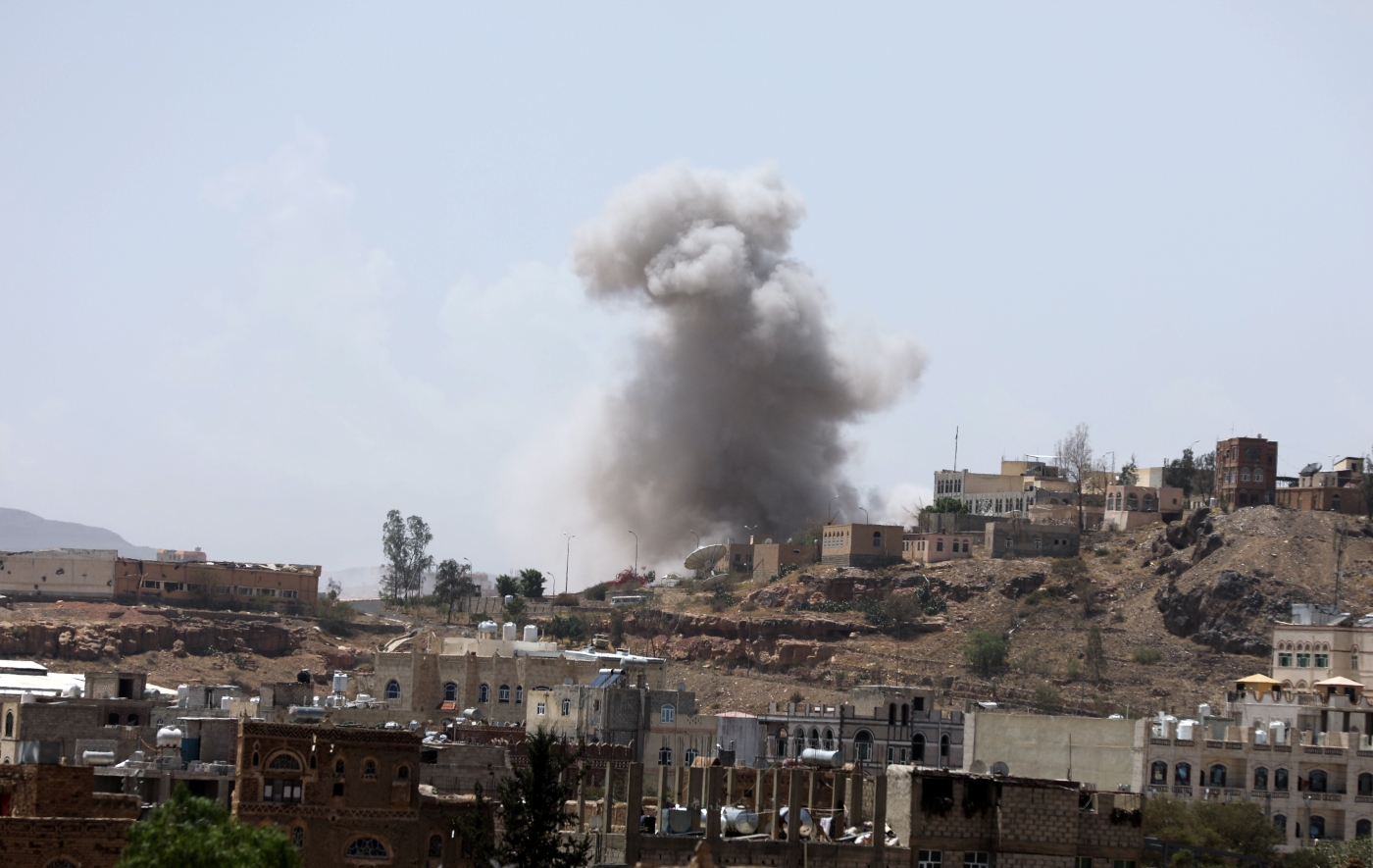 Dust rises from the site of a Saudi-led air strike in Sanaa, 30 March (Reuters)
By
MEE staff

The Saudi-led coalition at war with Yemen's Houthis carried out dozens of air strikes on the capital Sanaa on Monday, resuming its bombing campaign after months of indirect negotiations between Riyadh and the rebels.

But the coalition said the air raids destroyed "legitimate military targets" in response to Houthi missiles that were intercepted over Riyadh late on Saturday.

Coalition spokesman Turki Al-Malki blamed Iran for the renewed Hostility, accusing the Islamic Republic of standing against the "entire world" in its fight against the coronavirus. "The Iranian regime is concentrating all financial, man and logistic powers to support the terrorist militia to realize its ideals and expansionist ambitions on the account of the Iranian people who are suffering in this hectic time, losing their lives to the COVID-19 pandemic outbreak," Malki said in a statement.

Saudi Arabia accuses the Houthis of being an Iranian proxy, but the rebel group portrays itself as the legitimate government in Yemen.

Last week, Houthi leader Abdul Malik al-Houthi said the rebels were "ready for peace and stopping the war" if the Saudi-led coalition ends its "aggression and siege" against Yemen.

March marks the fifth anniversary of the conflict, which started when Saudi Arabia and its regional allies started a bombing campaign to restore the government of President Abd-Rabbu Mansour Hadi, who had been toppled by the Houthis.

The violence quickly turned the already impoverished country into the worst humanitarian crisis in the world, according to the United Nations.

A recent lull in fighting had raised hopes for a formal ceasefire agreement to allow Yemen to deal with the outbreak of Covid-19 across the region. But the weekend saw renewed fighting between Saudi-backed forces and Houthi fighters around the central province of Marib.

On Sunday, UN Yemen Envoy Martin Griffiths called for an "immediate cessation of hostilities to build a conducive environment for achieving a nation-wide ceasefire."

"I am gravely dismayed and disappointed by these actions at a time when the Yemeni public’s demands for peace are unanimous and louder than ever before," Griffiths said in a statement.

"Yemen needs its leaders to focus every minute of their time on averting and mitigating the potentially disastrous consequences of a Covid-19 outbreak."

US Democratic congresswomen Rashida Tlaib and Debbie Dingell also called for ending the conflict, slamming Washington's role in the war.

Last year, Congress passed a resolution to suspend US support for Riyadh's war efforts in Yemen, but it was vetoed by president Donald Trump.

"Given the alarming humanitarian situation in Yemen, which the coronavirus outbreak threatens to further exacerbate, we must immediately provide life-saving humanitarian aid to the Yemeni people, and call for all parties involved to listen to the United Nations Secretary General and cease hostilities at once to combat the virus," Tlaib and Dingell said in a joint statement on Monday.

Washigton announced last week that it was starting to cut aid to northern areas in Yemen controlled by the Houthis, accusing the rebels of "unacceptable interference" in the humanitarian operation. 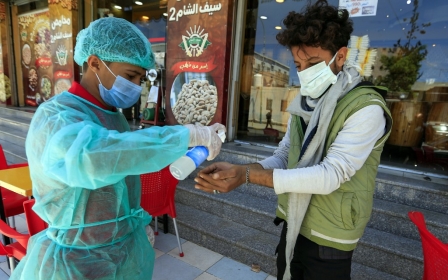