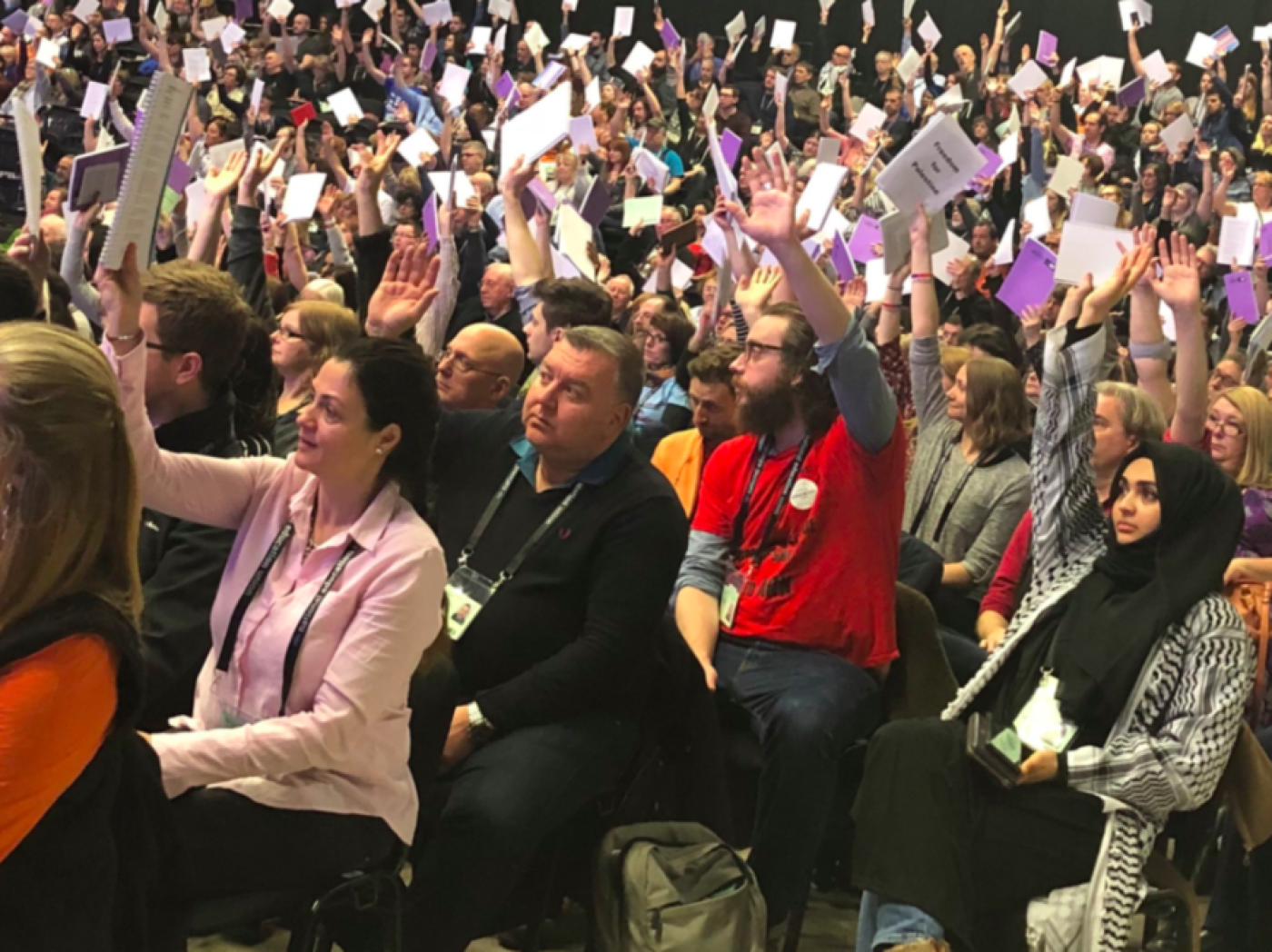 Teachers in the UK have criticised Amanda Spielman, the head of Ofsted, the government's schools watchdog, over her support for a school that tried to ban the Islamic headscarf, warning that her stance risked increasing the threat of verbal and physical attacks on Muslim girls and women.

In a motion passed at its annual conference on Sunday, the National Union of Teachers said that Spielman's comments about the case of St Stephen's primary school in east London went "beyond the remit of Ofsted".

"These statements could have a negative impact on local communities and lead to further marginalisation of, and increased physical and verbal attacks on, Muslim girls and Muslim women," the motion said.

The NUT, which is a wing of the National Education Union, the UK's largest teaching union, also called on officials to "robustly challenge" Spielman over her support for the hijab ban.

Such statements by the chief inspector "have ramifications beyond the school gates and must be seen in the context of increased attacks on the Muslim community and particular stereotypes about Muslim girls and Muslim women," the motion noted.

Commenting after the debate of the priority motion, Kevin Courtney, General Secretary of the NUT section of the National Education Union, said:

"We do not believe the statements made by HMCI (Her Majesty's chief inspector) are evidence-based. There is no evidence to suggest that this particular item of clothing has an impact on a child’s learning or attainment."

He added:"Discussions about dress code or school uniform should be conducted in a way which promotes inclusion for individual children and counters stereotypes about gender, faith and culture.

"Any policy should be built through forging respectful partnerships between teachers, families and students. This ensures engagement with all sections of the school community and that school policies meet the needs of children and young people."

St Stephen's, which is in Newham, an area of London with a large Bengali Muslim community, has been the focus of a bitter row after the school banned the hijab for girls younger than eight last September.

But the policy was reversed in January after a campaign by local parents following coverage of the school in the Sunday Times newspaper in which Neena Lall, the headteacher, appeared to link the policy to concerns about integration.

Middle East Eye exclusively revealed that Lall had subsequently admitted a "huge error of judgment" in a meeting with parents, and told them that the Sunday Times' reporting of her comments had been "completely misleading".

However, Spielman has continued to back the right of headteachers to make “tough decisions” on uniform in the interests of "community cohesion" and called on them to promote "muscular liberalism".

She also told parliament's education select committee this month that St Stephen's had been "bullied" into reversing the ban following a national lobbying campaign in which Lall and other school officials had been subjected to abuse.

However, Stephen Timms, the local member of parliament for the opposition Labour Party, expressed support for the parents' campaign.

"I attended a meeting with a couple of hundred parents at the school on 22 January.  It was quite clear at the meeting that the parents were very supportive of the school, and of its head, but that they were uncomfortable with the ban," Timms told MEE.

"This provided, to my mind, a very sound basis for lifting the ban. Amanda Spielman is, however, correct that an appalling level of abuse had been directed at the school on social media."

Last November, Spielman told the Sunday Times that Ofsted inspectors had been told to question girls at primary school who wore headscarves.

"Schools must have the right to set school uniform policies as they see fit, to promote cohesion. It is a matter of deep regret that this outstanding school has been subject to a campaign of abuse by those who want to undermine the school's position," Spielman said in a speech last month.

An Ofsted spokesperson said: "The NEU's comments are disappointing. There's nothing political about ensuring that schools and parents aren't being subject to undue pressure by national or community campaign groups.

"Head teachers need to be able to take uniform decisions on the basis of safeguarding or community cohesion concerns, and Ofsted will always support them in doing that."