The Shia of Karbala: Where remembrance and tradition are one 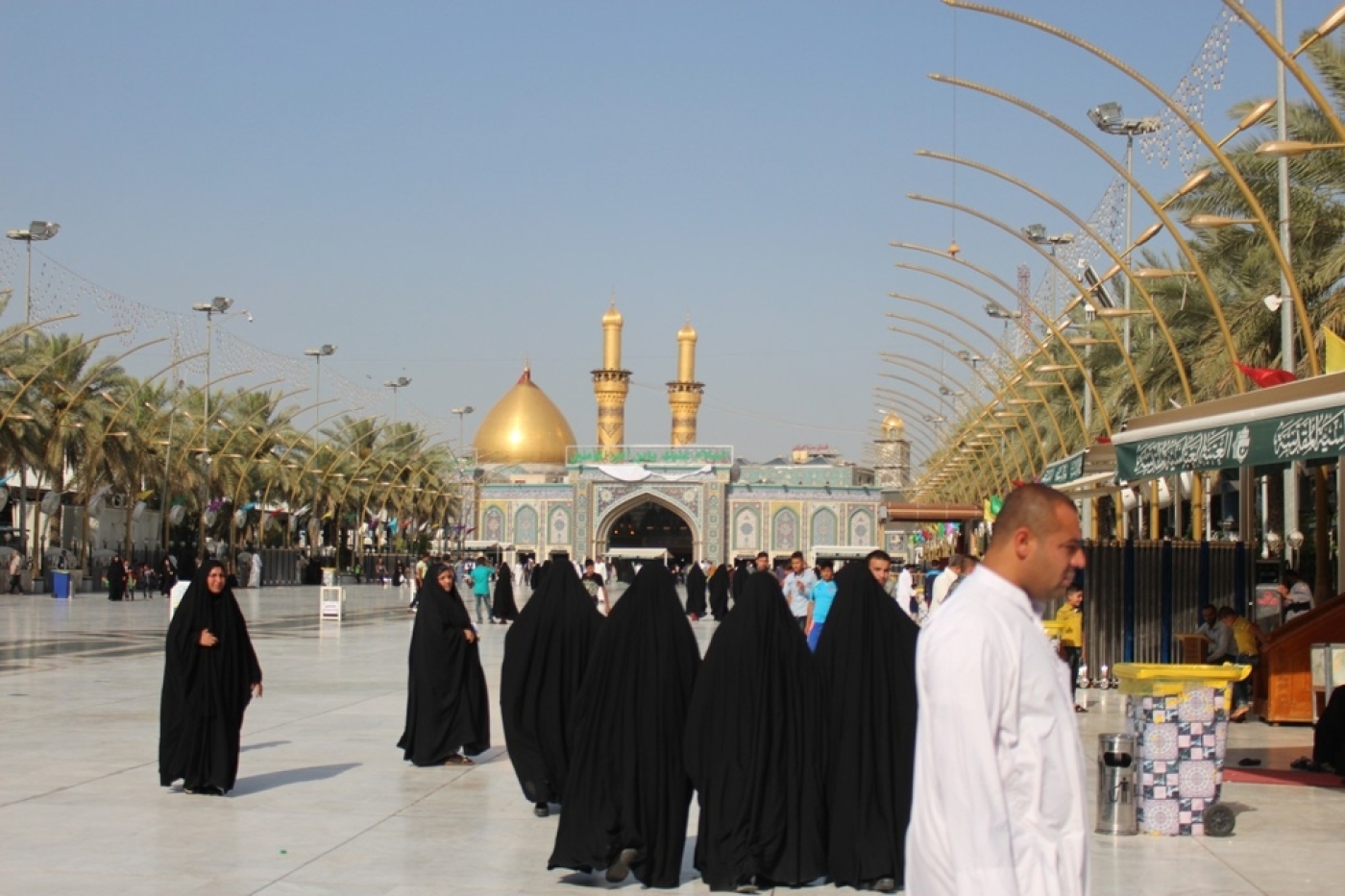 KARBALA, Iraq - The shrine of Imam Hussein has long been known as the holiest site in Shia Islam, after Mecca, Medina and the Al-Aqsa compound, which they share with Sunni Muslims.

It marks the site where the forces of Hussein bin Ali, grandson of the Prophet Muhammad, fell in battle against the Umayyad caliph Yazid in 680 AD.

For the Shia of Iraq, the story of Hussein’s sacrifice and his refusal to bow to oppression despite overwhelming odds has long been the backbone of their religious identity. The shrine built around Hussein's mausoleum has long symbolised for millions of Shia the obstacles they've had to overcome to maintain a committment to their faith.

Lately, new additions have been placed around the shrine.

“Popular Mobilisation Forces monetary donation box,” reads the sign on the glass case. “In support of the fighters, the martyrs and the wounded ... against ISIS.”

Despite the temptation for some to draw comparisons between the Battle of Karbala and the struggle of the Iraqi army and the Popular Mobilisation Units (PMUs) against the Islamic State (IS) group, for Hussein Mohammed - a staff member at the Imam Hussein shrine - the parallels don’t quite hold up.

“That battle was for religion. It was for reformation purposes,” he told Middle East Eye. “Right now, this battle against IS is for interests.”

Nevertheless, the PMUs command massive support in Karbala, a city that has a long, tragic history of rebellion and sacrifice and where the PMUs’ cause is a holy one.

“For the people who are unable to go out to the battlefronts and actually fight for their country, they provide financial support to the soldiers, and this way they basically show their love and support for the nation and that they are supporting the fighters against IS,” he said, referring to the collection boxes.

“The PMUs’ jihad uses weapons in battle, and our jihad is to support them.”

Though the Iraqi government has been at pains to build a non-sectarian alliance in its fight against IS - drawing in the country’s diverse mix of Shia, Sunni, Christian, Kurd and Yazidi - the image of the Shia PMUs as the defenders of their faith against “takfiri” groups who would seek to destroy them is one that resonates with many.

In 1991, after Saddam Hussein’s disastrous invasion of Kuwait, the Shia of Iraq rose up to try and overthrow his decades-long dictatorship, hoping that the US would follow through on promises to support the uprising.

When help didn’t come, Saddam exacted a terrible price on the rebels. Vast swaths of Karbala, the focal point of the uprising, were reduced to rubble, and thousands were massacred.

A group of brothers from the city captured the atrocities as they unfolded:

One of the original ornamental grates from the shrine, riddled with bullets holes during Saddam’s assault, is now on display at the Imam Hussein museum at the shrine as a stark reminder of what had to be overcome.

The failure of the Karbala uprising led to a period of repression for the Iraqi Shias, with restrictions on freedom of worship and on their religious commemorations of Ashura and Arbaeen.

Under the direction of the leading Shia cleric, Ayatollah Ali al-Sistani, a committee was formed to restore and renovate Karbala’s holy shrines to their former glory.

Though Iraq has been through difficult times since the fall of Saddam and the chaotic occupation by the US-led coalition, today Karbala ranks as one of the safest cities in the country, and millions of pilgrims flock to the city to see the holy sites.

Abdul Sitta, a rug merchant, has lived in Karbala for more than 50 years and has seen the city fluctuate amid many different rulers and varying degrees of social and political freedom.

“It went through an evolution,” he said. “Now there is more freedom, there is freedom of expression. At the time of Saddam Hussein, people were afraid, even when they were at home they were afraid.

“Pilgrims of Imam Hussein used to come discreetly and secretly to visit the shrine. Now they can visit freely and wander round the city, clearly safe.”

The huge numbers of pilgrims that travel to Karbala each year have also provided a lucrative market for local businesses as well as pushing up property prices in a country where just under a quarter of the population lives below the poverty line and employment prospects are bleak.

One vendor selling nuts and sweets outside the shrine said he had moved to Karbala eight years ago to take advantage of the booming market for tourists and pilgrims.

"I have a bachelor's degree in information systems, but there are no job opportunities, so I had to find a location with the highest number of pilgrims or visitors to open my own store," he told MEE.

He said he was supportive of recent protests by supporters of the Shia cleric Muqtada al-Sadr, which last week saw demonstrators - in a flagrant defiance of the state security apparatus - break into the offices of Prime Minister Haider al-Abadi.

"We support all protests, regardless of who the people protesting are, whether they are Sadrists, Sunnis, Shia, whatever - all peaceful protests we support - we hope to see change."

Like many of Karbala's inhabitants, he said he draws inspiration from Imam Hussein and his brother Abbas, who died with him at Karbala.

"Everyone has a close connection with Imam Hussein and Abbas," he said.