An initial probe by Israeli forces has said Al Jazeera journalist Shireen Abu Akleh was about 150 metres (328 feet) away from Israeli troops when she was shot in the neck and killed.

Early on Wednesday morning, the Palestinian-American journalist went to the Jenin refugee camp to report on a raid by Israeli soldiers and security forces, which the Israeli military said was conducted to apprehend "terrorist suspects".

According to Israeli authorities, the Israeli army's elite Duvdevan unit fired live ammunition southwards, but some bullets were also fired at a northern area of the camp where Abu Akleh and a Reuters photographer - who was wounded - were positioned.

Middle East Eye contributor Shatha Hanaysha was among a group of six journalists, including Abu Akleh, when they came under fire from Israeli snipers.

"What happened was a deliberate attempt to kill us. Whoever shot at us aimed to kill," she said.

The Israeli military and Israel's US embassy tweeted a video of Palestinian gunmen in Jenin firing down an alley, suggesting they were responsible for the journalist's death. 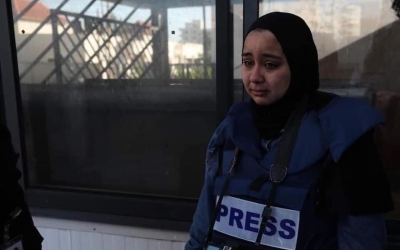 Later, Israel's military chief walked back on this claim, saying it was now unclear who fired the shot that killed Abu Akleh.

"At this stage, we cannot determine by whose fire she was harmed and we regret her death," Lieutenant General Aviv Kochavi said, according to news reports.

Israeli NGO B'Tselem also visited the scene where that footage was taken and said it was impossible for Abu Akleh to have been hit from there.

According to the Israeli army's initial probe, as reported by Haaretz, the military maintains it is unclear whether Abu Akleh was killed by Israeli fire or Palestinian gunmen.

The preliminary investigation only says that soldiers from the Duvdevan Unit fired a few dozen bullets during the raid.

According to the probe, the bullet which struck Abu Akleh is 5.56 millimetres in diameter and was shot from an M16 rifle. Israeli officials believe that a ballistics examination of the Israeli troops' weapons could either confirm or refute the claim that the bullet that hit Abu Akleh was fired by an Israeli soldier.

The killing of Abu Akleh has sparked global outrage and has also been met with calls for independent investigations.

Palestine's UN ambassador, Riyad Mansour, has said his country will "not accept" an investigation by Israel and has its army responsible for Abu Akleh's "assassination."

Adressing reporters at UN headquarters in New York, Mansour said: "The story of the Israeli side does not hold water, it is fictitious and it is not in line with reality and we do not accept to have an investigation on this issue with those who are the criminals in conducting this event itself."

The Biden administration has condemned the incident, and rights groups, including Democracy for the Arab World Now, have called for the US to conduct its own investigation, citing Abu Akleh's American citizenship. Palestine State
Who is Shireen Abu Akleh? The Al Jazeera journalist shot dead by Israeli forces while reporting in the West Bank 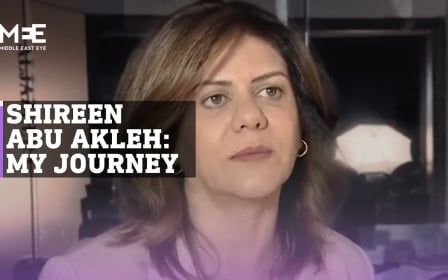