Talks were halted once again on Wednesday, this time only about fortnight before expected start-up of $4bn Grand Ethiopian Renaissance Dam (AFP/File photo)
By
MEE and agencies

Egypt is committed to using diplomacy to resolve a crisis with Ethiopia over its construction of a giant hydroelectric dam on the Blue Nile, President Abdel Fattah el-Sisi said on Saturday, addressing stalled talks on the issue.

The talks were halted once again on Wednesday, this time only about a fortnight before the expected start-up of the $4bn Grand Ethiopian Renaissance Dam, which is being built near Ethiopia's border with Sudan. The decade-long dispute exposes competing desires of the two nations: Ethiopia aspires to become a major power exporter, opposed to Egypt’s concern that the dam will significantly reduce its water supply if filled too quickly.

Egypt, which is almost entirely dependent on the Nile for its fresh-water, is also concerned about Ethiopia using more water during drought years, according to NBC News.

Cairo said in a statement on Friday that it had called on the United Nations Security Council to intervene to restart the talks, Reuters reported.

"When we moved to the Security Council... that was because we are always keen to take the diplomatic and political path until its end," Sisi said on Saturday in a speech at an air force base.

"We need to move strongly towards concluding the negotiations and reach an agreement... and solutions that achieve the interest of all," he said.

"The Arab Republic of Egypt took this decision in light of the stalled negotiations that took place recently on the Renaissance Dam as a result of Ethiopian stances that are not positive," the foreign ministry said in a statement on Friday.

Egypt, which is almost entirely dependent on the Nile for its freshwater supplies, is anxious to secure a legally binding deal that would guarantee minimum flows and a mechanism for resolving disputes before the dam starts operating.

The latest talks, which had started on 9 June over video conference, followed a previous round of negotiations in Washington, which ended without agreement in February.

On Saturday Sisi recalled that in a speech he gave to the Ethiopian parliament five years ago, he said that while Egypt respects Ethiopians' need for development, they also should respect its needs for "life". 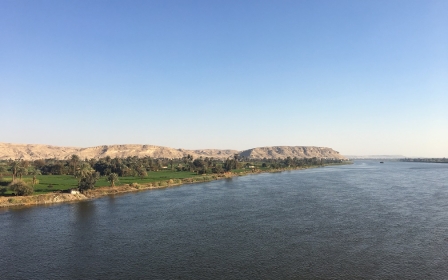