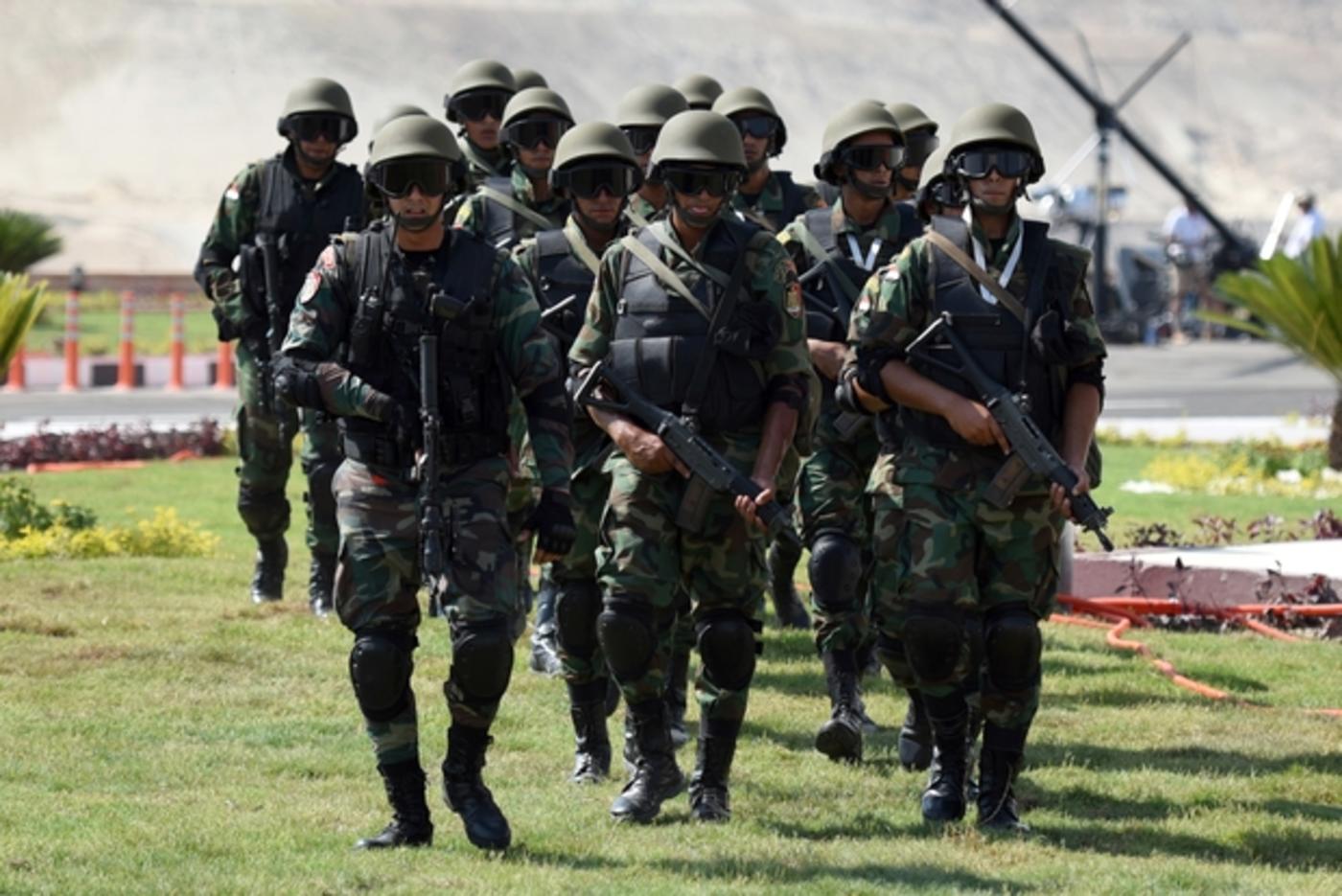 Sisi said insulting the army, "for me now equals treason" (AFP)
By
MEE and agencies

Abdel Fattah al-Sisi has said that any insult by a media organisation of the army or police is defamation of the country and treason, rather than freedom of opinion.

"I want to tell the media ... if someone insults the army or police they're defaming all Egyptians and that's not freedom of opinion," Sisi said in televised remarks on Thursday.

Criticism of security institutions is considered off-limits in Egypt.

Rights groups say there is a growing crackdown against political opponents ahead of a presidential vote in March when Sisi will stand for re-election virtually unopposed.

The country's top prosecutor on Wednesday urged action against media outlets found to be publishing "false news" following strong official criticism this week of some foreign media coverage in Egypt.

Egypt's government press centre called for officials and prominent individuals to boycott the BBC on Tuesday over a report on human rights it said was false.

23-year-old Zubeida is one of 1,500 Egyptians who vanished from the streets in what human rights campaigners call enforced disappearances. Zubeida’s mother spoke to @OrlaGuerin about the torture her daughter was subjected to at the hands of the police #newsnight pic.twitter.com/mzdbMBaoqP

The public prosecutor also ordered the detention of a woman interviewed by the BBC in a recent report that sparked controversy, alleging in a statement that she had committed the offence of spreading "false news".

The woman, whom the public prosecutor named as Mona Mohamed, said in the report that security forces had forcibly disappeared her daughter last year, causing a strong backlash this week from Egyptian authorities.

The daughter was then interviewed on a nightly talk show days later where she denied the claim.

The BBC said: "We are aware of the reports about this BBC story on Egyptian TV and of the comments of the head of the State Information Service. We stand by the integrity of our reporting teams."

Egypt's army launched a major assault on militants in the Sinai peninsula last month aiming to crush an Islamic State (IS) group there. The militants have been targeting security forces and Christian and Muslim worshippers.

Despite a heavy military presence, IS violence has grown since the country's first democratically elected president, Mohamed Morsi, was overthrown in 2013.