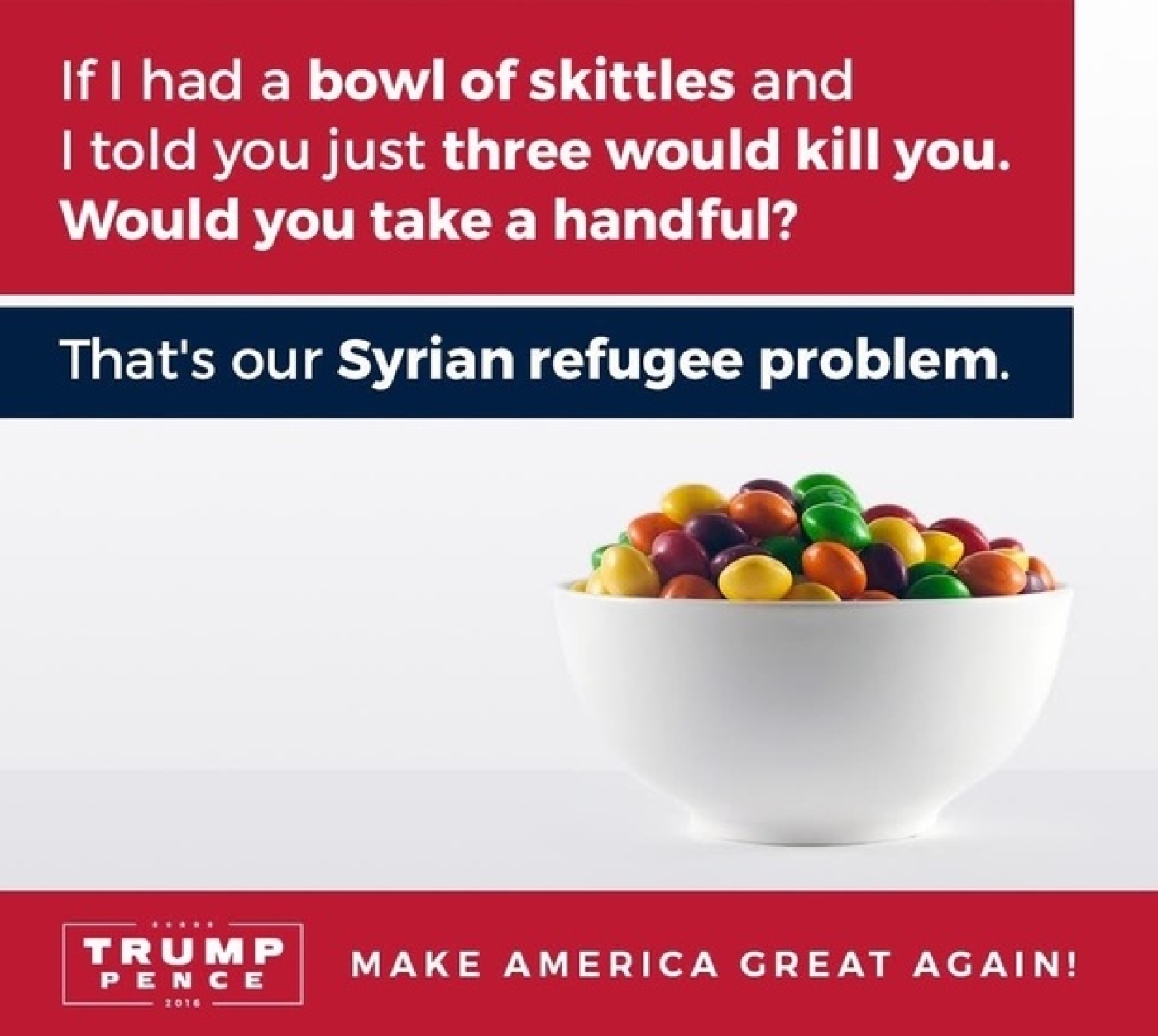 The 38-year-old son of the Republican presidential candidate tweeted an image of a bowl of Skittles using an analogy to set out what he views as being the “Syrian refugee problem”.

Trump Junior and his father have been vocal in their opposition to accepting Syrian refugees to live in the United States, as war rages in their home country forcing millions to flee.

Trump Junior shared his thoughts on Syrian refugees as the issue was being discussed at the United Nations in New York, where diplomats are seeking solutions to a problem that has been a key talking point in countries across Europe and North America.

The tweet was met with derision by other Twitter users, including Washington Post journalist Drew Harwell, who replied with an image of Omran Daqneesh – a young Syrian boy shown bloodied and dazed after recently being rescued from a bombed building in Aleppo.

i appreciate these replies to @DonaldJTrumpJr tweet in which he equates Syrian refugees to skittles. pic.twitter.com/9EoX8lUguS

Wrigley, the company that owns Skittles, told American news channel CNBC that they felt Trump’s comment was not an “appropriate analogy”.

“Skittles are candy. Refugees are people,” the company said in a statement. “We will respectfully refrain from further commentary as anything we say could be misinterpreted as a marketing.”