The UK government's failure to invite Home Secretary Sajid Javid to a state banquet for US President Donald Trump could constitute Islamophobia, warned the Muslim Council of Britain, despite a strenuous denial from Downing Street on Thursday.

The body, which is the highest representative of British Muslims, earlier this month sent a letter to Prime Minister Theresa May asking if Javid had not been invited to the dinner during Trump's state visit because of the home secretary's Muslim background.

“If it is confirmed that the prime minister acceded to a request by President Trump to exclude Sajid Javid because he thought he was Muslim, this would constitute Islamophobia at the highest levels of our government,” a spokesperson told the Guardian on Thursday, adding they still had not received a response to the letter. Everyone but Boris: Where do the Conservative Party candidates stand on Islamophobia?
Read More »

“This would add to the wealth of evidence that already demonstrates the need for an inquiry into Islamophobia.”

Downing Street fiercely denied any suggestions that it had been Islamophobic, saying that May was "proud to have appointed Sajid Javid as the country’s first Muslim home secretary" and pointed out that in previous presidential state visits there had been instances of home secretaries not being invited.

However, speaking to the BBC this morning, Javid said that he thought it was "odd" that he hadn't been invited to the banquet.

"My office did ask No 10 and they said no. So you’d have to ask someone from No 10 why they made that decision," he said.

Javid, who is of Pakistani Muslim background but says he does not follow any religion, emphasised that he was not saying "at all" that the lack of an invite was because of his heritage.

"I really don’t know. I haven’t got an … I’ve just been told that normally an invite doesn’t always go to a home secretary," he added.

The home secretary has been critical of Trump in the past, condemning him for retweeting a tweet by the far-right anti-Muslim organisation Britain First in 2017.

“He is wrong and I refuse to let it go and say nothing," he said at the time.

The Conservative Party has been embroiled in a long-running controversy over Islamophobia, with a number of councillors suspended for making anti-Muslim comments.

The party is currently in the middle of a leadership contest following Theresa May's resignation last Friday. What is gendered Islamophobia?
Read More »

Former mayor of London Boris Johnson, the current frontrunner, has been criticised in the past for comments made about Muslim women, in which he described niqab-wearers as looking like "letterboxes".

The MCB on Wednesday welcomed a committment by Javid, who is also running for the leadership, to launch an external investigation into Conservative Party Islamophobia.

“We welcome this important first step and hope that these words will be followed by action. There is an urgent need for an independent inquiry to tackle the Party’s fundamental failures in dealing with Islamophobia," said Harun Khan, secretary-general of the MCB, in a statement.

“We look forward to similar statements and support for an inquiry from all the leadership candidates.” Diplomacy
Who is David Schenker, the newest Trump appointee for Middle East policy? 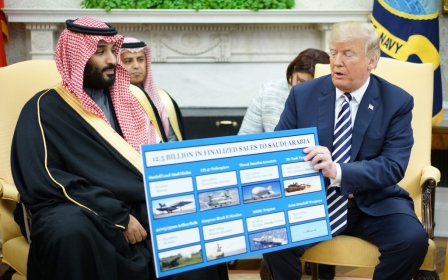