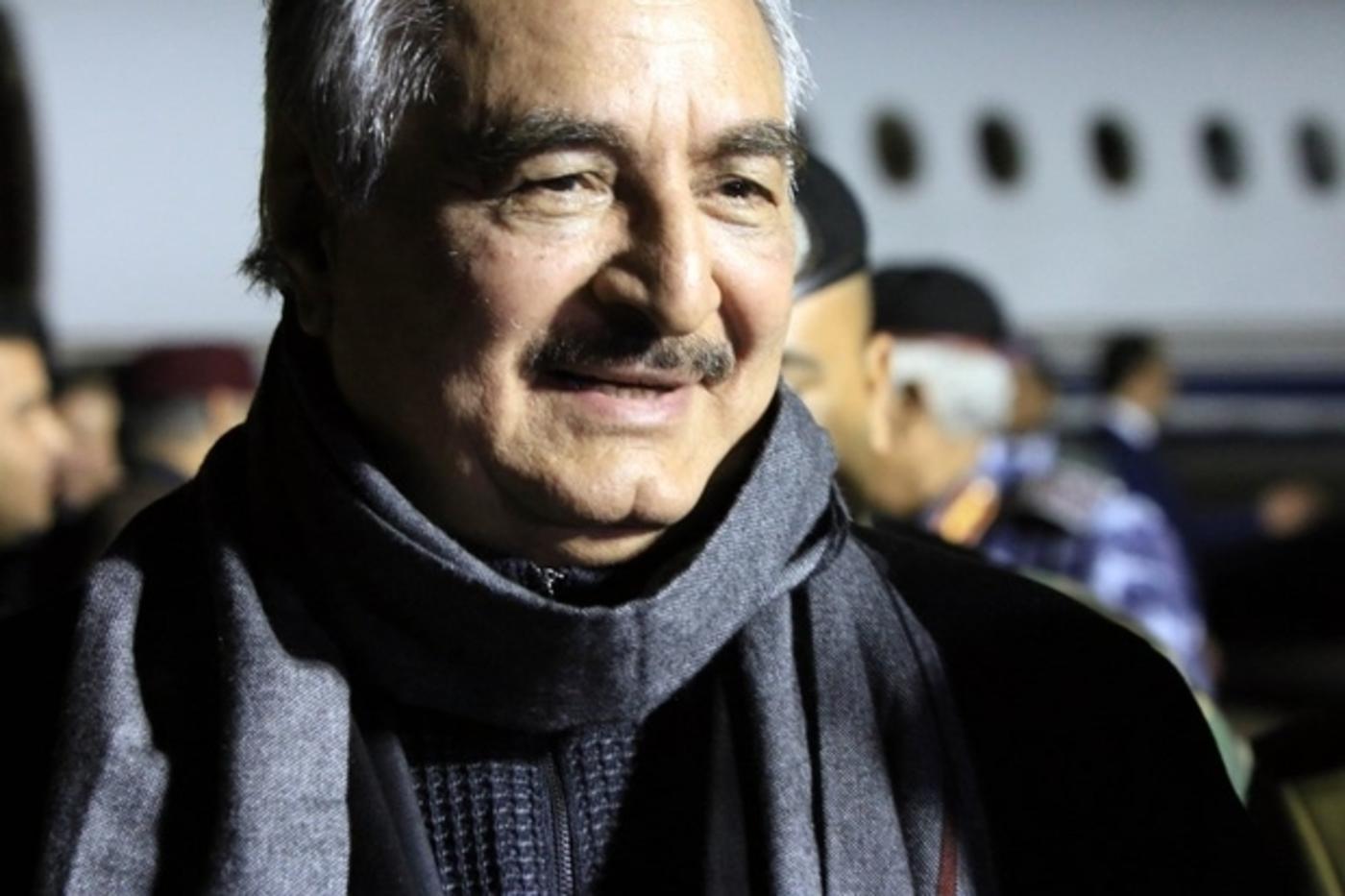 The Benghazi Defence Brigades, including fighters driven from Benghazi city by pro-Haftar forces, carried out the attack, a military source said.

Rival political authorities and militias have been vying for control of territory and Libya's oil wealth since the 2011 uprising that ousted and killed Muammar Gaddafi.

The latest fighting took place south of Ras Lanuf and al-Sidra, two terminals in eastern Libya severely damaged in clashes between the two groups in 2016 and 2017.

One of the reservoirs was hit by a rocket fired by the attackers and set ablaze, the military source said.

Libya's National Oil Company (NOC) said in a statement it had evacuated staff "due to armed clashes in the area," with production falling to about 240,000 barrels per day.

It blamed the attack on Ibrahim al-Jadhran, head of a group opposed to Haftar, who for years blocked the oil facilities.

Jadhran has kept a low profile since 2016, but appeared in a video circulating on social media on Thursday, saying he had formed a coalition to take over the oil sites.

A spokesman for Haftar's self-styled Libyan National Army, which controls most of the country's east, said the attack had been repelled.

"The army and air force have been tracking down the Benghazi terrorist brigades," who fled the area, the spokesman said. It was not possible to independently verify his statement.

The spokesman said the attack aimed to "reduce pressure on the terrorists in Derna," a coastal city that the LNA has been battling to capture from militants since launching an offensive on 7 May.

Derna, home to about 150,000 people, is the only major part of eastern Libya outside the LNA's control and is held by a coalition of militias, including groups close to al-Qaeda.

The attack on the oil facilities comes after feuding Libyan leaders, including Haftar, agreed to try to hold elections this December in line with plans by the United Nations to stabilise the country.

The UN mission in Libya, or UNSMIL, decried a "dangerous escalation" and said it "puts Libya's economy in jeopardy and risks igniting a widespread confrontation".

France, which brokered the election agreement, slammed the attack on the oil sites by "extremists" and said it remains committed to securing a "durable political solution" for Libya.

For its part, the internationally backed government in Tripoli, which opposes Haftar, also condemned the assault.

"This irresponsible escalation pushes the country towards a civil war that all Libyans want to avoid given they have made significant progress towards finding agreement," said Prime Minister Fayez al-Sarraj.

But despite the apparent support from Haftar's foe, the administration in his eastern fiefdom alleged that the Tripoli government was "behind" the attack.

The assault on oil sites served as a reminder that not everyone in eastern Libya supports Haftar, said Claudia Gazzini, an analyst for International Crisis Group.

"[It could] force redeployment of LNA forces away from Derna in order to allow some anti-LNA fighters... to reposition themselves," she said.

No oil was exported from these key terminals between the end of 2014 and their re-opening in 2016, costing Libya more than $130bn, according to NOC.

In March 2017, the Benghazi Defence Brigades seized control of Ras Lanuf and al-Sidra terminals, only for the LNA to take them back days later.

The Wednesday strike took place about 50 miles (80 kilometres) southeast of the town of Bani Walid, US Africa Command said in a statement.

"In coordination with the Libyan Government of National Accord, US forces conducted a precision air strike against Al-Qaeda in the Islamic Maghreb... killing one terrorist," the statement said, adding that no civilians had been killed in the action.